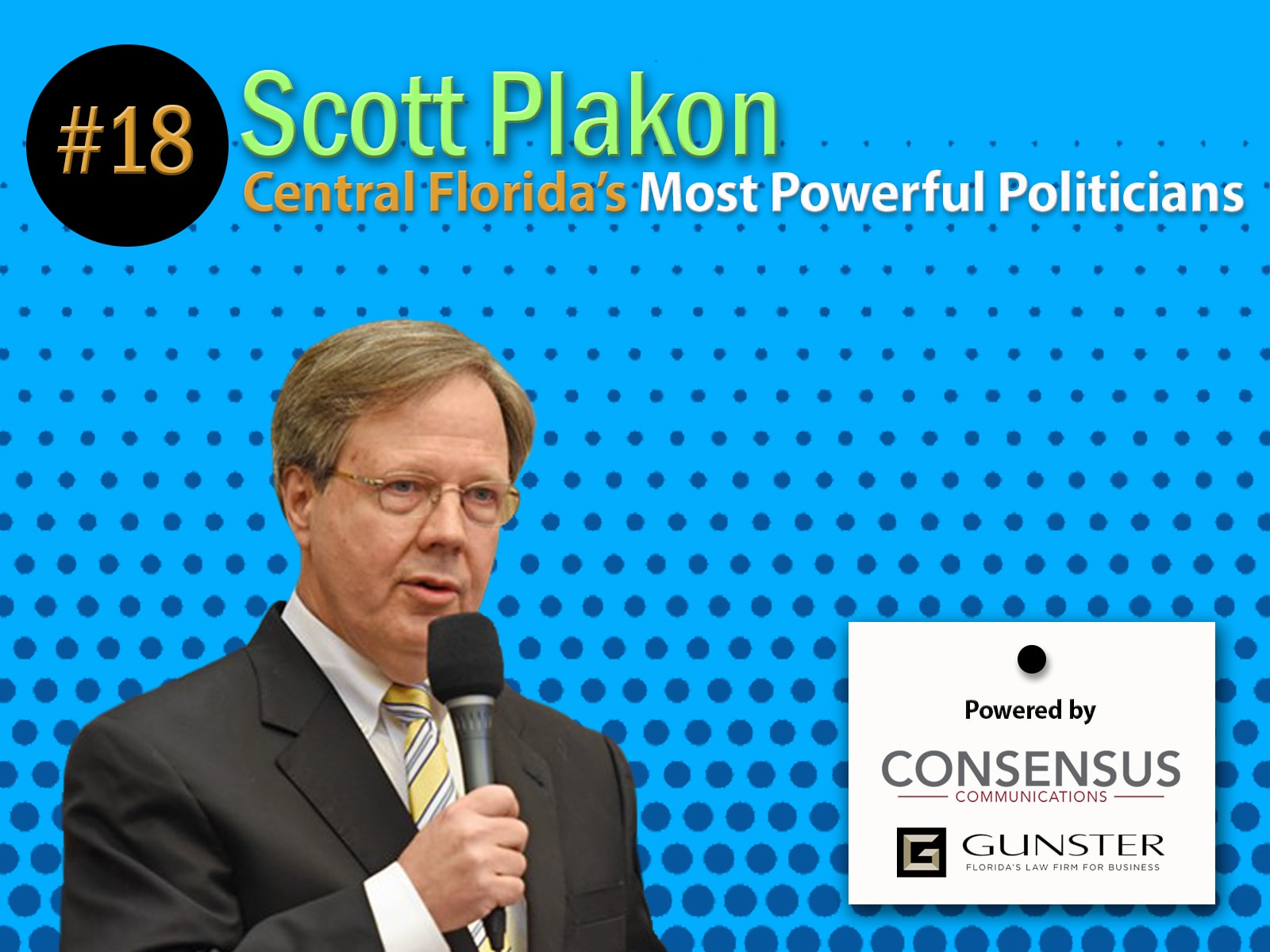 For Plakon, influence always has been about relationships, even friendships.

Republican state Rep. Scott Plakon has been around the Florida Legislature long enough to know fully well how to get things done without necessarily having his name show up prominently in the credits.

Plakon, 60, is ranked as the 18th most powerful elected official in the first-ever Central Florida 25 most Powerful Politicians survey.

For the Longwood lawmaker, who served two terms representing House District 30 in south-central Seminole County and now is in his third term representing House District 29 in north-central Seminole, power, influence, and legislative respect always have been about relationships, even friendships, regardless of politics. And then using those to get things done.

Case in point: the firefighters’ cancer bill, ultimately SB 426, expanding and creating the opportunities for firefighters to receive medical, disability and death benefits for cancer. Like a lot of issues pitting various levels of governments, the lobbying debates were intense. It went through his subcommittee and through the State Affairs Committee, on which he is vice-chair. Plakon worked those relationships.

After years of failures for similar measures, SB 426 was signed into law May 3.

“There was a lot going on behind the scenes on that,” Plakon recalled. “Finally, it had a great outcome.”

This has been a momentous year for Plakon, reaching the painful low on July 23, 2018, when his wife of 33 years, Susie Rushing Plakon, died after a four-year battle with Alzheimer’s disease; and reaching the joyful high of a new start for him on May 18, when he married Rachel Saunders.

Plakon is known as one of the stauncher conservatives in the Florida House, particularly on social issues, and has in the past carried some of the stronger anti-abortion and pro-gun legislation. Much of that conservatism flows from Plakon’s deep Christian faith, and he said such matters are non-negotiable. Yet the debate over such matters never becomes personal.

Not for him. Not for his opponents.

Consequently, Plakon is as known as anybody for cross-aisle friendships. In May, he got married. The Orlando wedding was well attended by conservative politicians, but there was no litmus test for friends. State Rep. Carlos Guillermo Smith, an openly gay and deeply progressive Democrat, was there. So was state Rep. Anna Eskamani, a former Planned Parenthood executive and deeply progressive Democrat.

The trio genuinely like each other and have said so before.

“You probably can look at our wedding as a sort of microcosm of the relationships I’ve been able to build while I’m up there,” Plakon said of Tallahassee.