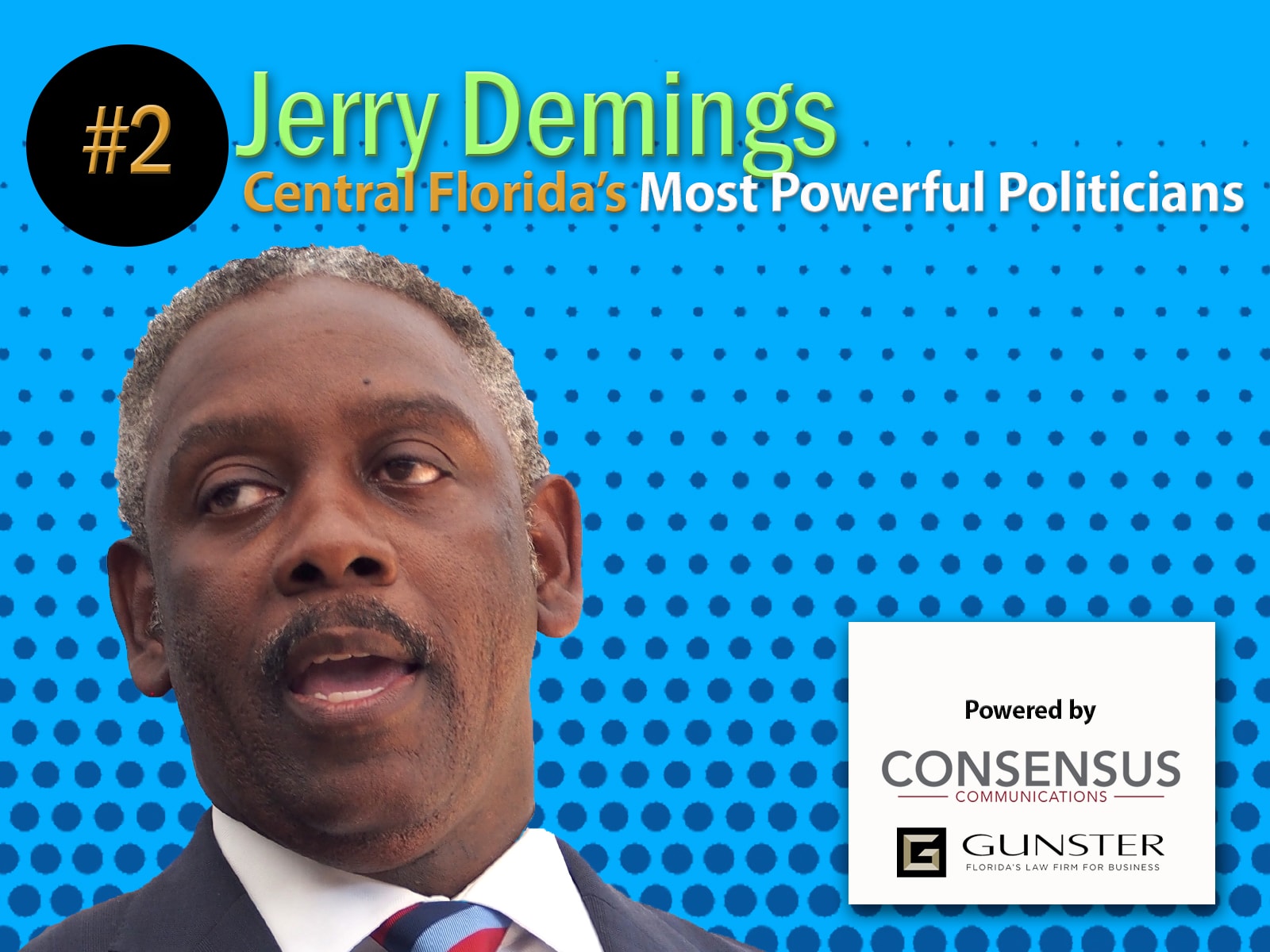 For sixteen years, metro Orlando operated like a divided Congress; Democrats running the city government and Republicans running the larger (and in many ways more powerful) Orange County government.

In that time, the two grudgingly shared many big-decision functions.

He is not only is the first Democrat to hold the county’s executive office in 20 years, but Demings comes in with sweeping a Democratic Orange County Commission majority.

Republican Orange County Mayors Teresa Jacobs and Rich Crotty were able to define the tempo and direction of Orange County while negotiating (or battling) with Democratic Mayor Buddy Dyer. Now expectations are set higher for Demings, who’s got a longtime close relationship with Dyer.

And Demings has perhaps even demanded higher expectations, with a state of the county speech in May that called for dramatic changes in sectors ranging from transportation to technology. Demings brings a long track record, having served as Orlando Police Chief, deputy Orange County administrator, and Orange County Sheriff over the past 20 years, so he also arrives with significant popularity and political connections.

It doesn’t hurt that he’s married to Democratic U.S. Rep. Val Demings, who also boasts her own significant popularity and political connections.

That makes Demings the second most powerful elected official in the Florida Politics Central Florida 25 most Powerful Politicians survey.

In May Demings outlined his plans: a push for a countywide vote to raise the sales tax by a penny to pay for transportation improvements and transit; a bold pledge to raise the minimum wage for county employees to $15 an hour; a commitment to expand affordable housing; a dedication to pursue the same green and sustainable technologies Orlando is seeking; and expanded investments in public safety, culture and the arts.

“If we are going to be successful as a community we must find a way to help those most in need,” Demings said. “Orange County is experiencing tremendous growth, and it is projected that our population will grow by a net of 1,000 new residents each week. If we won’t, if we don’t do something now, our housing and transportation issues will only become more challenging.”

“Mayor Demings’ lifetime of service to the Central Florida community is well documented. From his days as a police officer to his time as Orlando Police Chief to his 10 years as Sheriff and, now, as Orange County Mayor, Jerry Demings hallmark has been thoughtful and pragmatic leadership,” said Derek Bruce, managing shareholder at Gunster in Orlando.

“Having risen from humble beginnings, Mayor Demings is an inspiration to many — to young men and women of color, for sure, but also to people of all backgrounds who are drawn in by his calm, kind demeanor,” Bruce added. “He is known for his understanding and compassionate approach to consensus-building. Mayor Demings has put forward an aggressive agenda for his new administration, like tackling Orange County’s affordable housing shortage and the region’s transportation challenges. If anyone can bring our community together behind these priorities, it is Jerry Demings.”

Just the nature of the job as Orange County Mayor presents Demings with tremendous power.

In addition to running the county administration with a $4.7 billion budget, the Mayor holds seats on the Greater Orlando Aviation Authority, and the Central Florida Expressway Authority boards, guiding the region’s international airport and the vast network of toll roads. He also holds sway over the county’s appointments directing regional planning, transportation, the Lynx public bus system, and the SunRail commuter train system.

nextNo. 1 on the list of Central Florida’s Most Powerful Politicians: Buddy Dyer