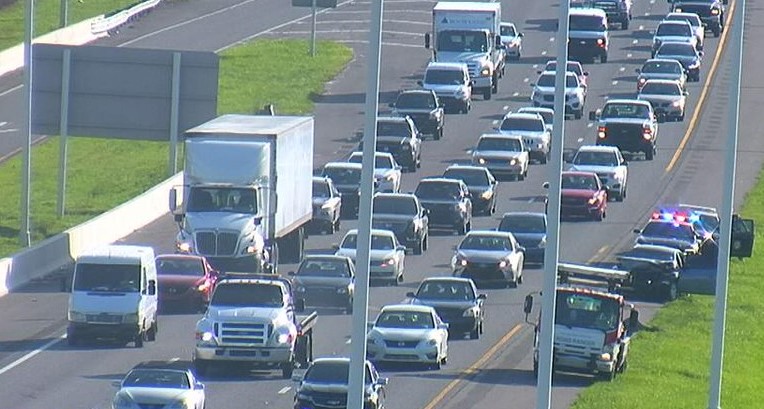 But now, well, who knows?

Yes, money from the 1-cent tax hike eventually will fund some of the massive road projects All For Transportation proponents promised. But the county’s fiscal year 2020 proposed budget includes an item that could raise the blood pressure of anyone who supported AFT past the boiling point.

On Wednesday, County Commissioners will consider a recommendation by Administrator Mike Merrill. He suggests moving $31 million from transportation for police, fire, and public safety funding.

“We have critical deficits there,” he said.

Merrill’s job also requires that he make these judgments. Commissioners have the final say, though. Four Democrats who are transportation advocates now control the Board. I won’t be surprised if they reject the recommendation.

Commission Chairman Les Miller made it clear how he feels.

“I am not in favor of this proposal,” he said. “People wanted (the sales tax) as an enhancement, not a Lottery-switch.”

And Merrill stressed, “I’m not telling anyone what they should do.”

How did we get here?

Jump in the Way Back Machine to 2016. That’s when the Board kept a transportation referendum off the ballot. Commissioners instead earmarked $812 million over ten years to pay for various transportation projects.

“It authorized the use of any available source of funding, including a surtax, if enacted,” Merrill said.

“It was supposed to be a stopgap,” he said.

And when voters approved the AFT sales tax increase, it became Merrill’s job to provide Commissioners with the option of re-directing property tax money to other needs.

Here’s the conundrum for Commissioners: If they don’t approve the recommendation, they may have to increase property taxes. Miller said he doesn’t believe that will happen, but added, “You never know.”

If they approve the recommendation, though, they risk reminding voters of the shell game state lawmakers used 31 years ago with the Florida Lottery, as Miller referenced.

Instead, state lawmakers diverted money from the public school budget into various pet projects. They did so without an ounce of shame.

That brings us to the issue at hand today.

Voters approved AFT on the belief it would enhance — that word again — what the county spends to upgrade our woefully inadequate transportation system.

A citizen’s oversight committee was a key part of the referendum. It was there to reassure voters there would be no repeat of the lottery debacle.

But Commissioner Stacy White sued to block that part of the plan. A judge agreed that it is up to commissioners to determine how to spend the money.

So, here we are. All For Transportation?

“The County Commission should honor the will of the voters,” AFT Chair Tyler Hudson said.

Some projects could be delayed or canceled if $31 million goes out of the transportation budget. We know all too well what that could do to public trust.

“I can’t speak for the other Commissioners,” Miller said. “We will just have to wait and see what happens Wednesday.”