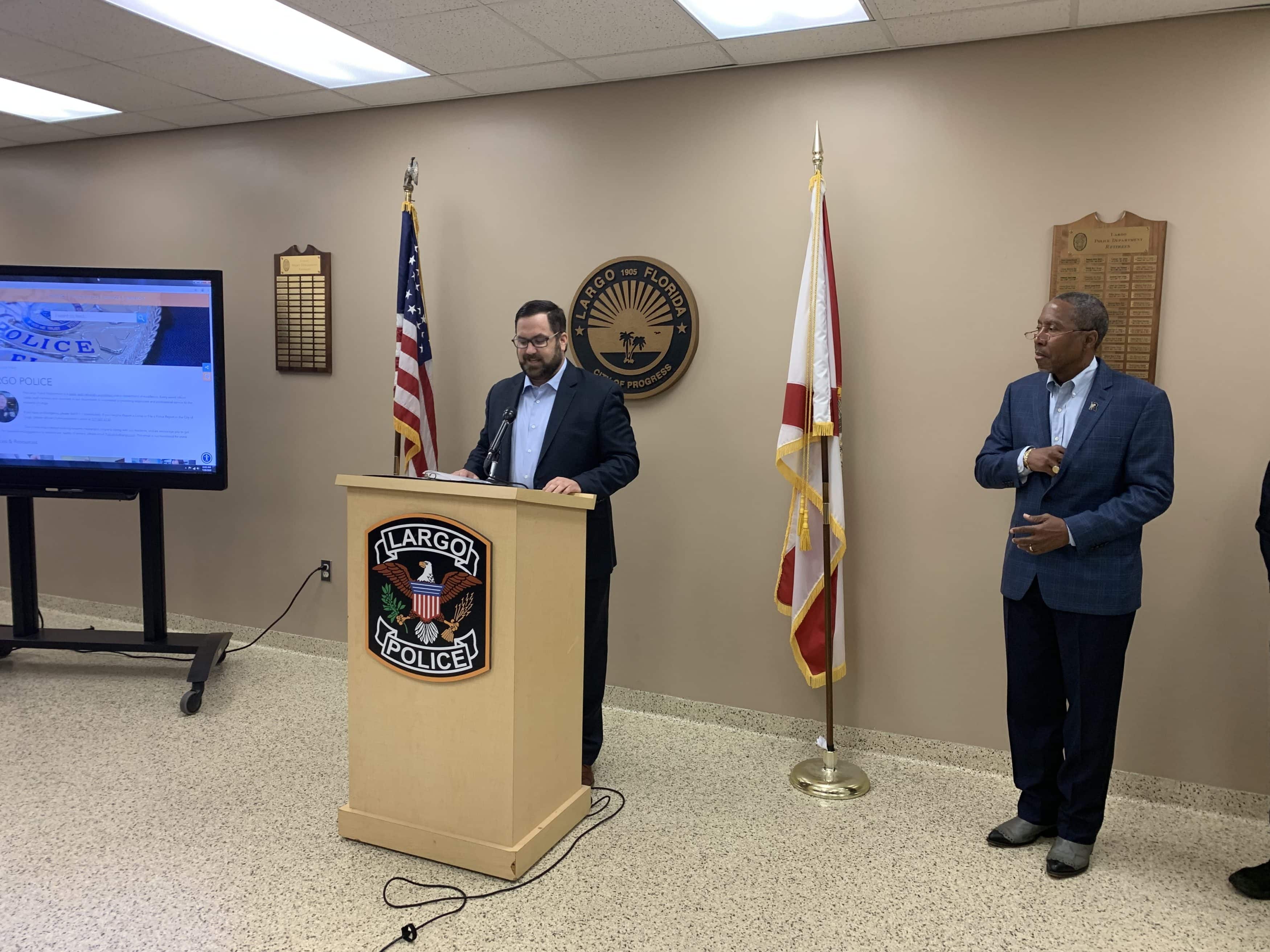 The subject of his ire? State Sen. Lauren Book.

State Rep. Chris Latvala says he’ll once again file legislation for new guidelines and protections for kids who are victims of abuse and neglect in the child welfare system — and this time, he won’t let politics get in the way.

The Pinellas County Republican announced Monday he plans to refile “Jordan’s Law,” his bill named after the toddler whose mother murdered him last year after warning signs the boy was at risk.

His announcement came on what would have been Jordan Belliveau’s third birthday.

In addition to refiling legislation, Latvala also launched a website with information about the law, resources on traumatic brain injury and other stories of children who died as a result of abuse or neglect.

The website also will serve as a way to “call out” any fellow legislators who stand in the way of the bill’s passage.

Latvala was enraged earlier this year when it became clear Jordan’s Law wasn’t going to make it to the Senate floor for a vote. He vaguely blamed Tallahassee scheming but didn’t point any fingers.

“Tallahassee is a very political place and it’s driven by politics and personality and vendettas and, due to past events I certainly expect there to be retribution for some of my bills, which is fine. But don’t do that on a child welfare bill,” Latvala said.

“If you play games on a child welfare bill that’s designed to protect lives, then I will call you out on that every single time.”

Book chaired the Children, Families and Elder Affairs Committee, the bill’s first stop. Book didn’t schedule the bill for weeks. By the time she did, Latvala said it was too late.

Book rejected the notion that the bill’ failure was due to politics.

“Of course I strongly support this good bill, as I did last year. When the bill came to my committee it was a great start, but needed technical changes to strengthen and clean up technical deficiencies as DCF was not involved in its drafting and FDLE was not given the ability to provide accurate and safe implementation timelines,” Book said. “We worked these out with staff and our Senate sponsor in a timely manner and passed the bill out of committee. While unfortunately, it did die, it died a better and more substantive bill. My history of fighting for children should be unquestioned, and this is exactly the kind of bill that I am proud to be a part of passing the right way.”

The website contains a petition supporters can sign to be shared with lawmakers. Supporters also have the opportunity to join an email list for updates, including any political shenanigans that might pop up. Latvala said he will also consider ad buys on social media.

Taxpayers are not funding the site. It’s paid for by the Florida Leadership Committee, a political committee affiliated with Latvala’s father, former state Sen. Jack Latvala.

Belliveau was two years old when his mother killed him by hitting him on the head. There were several red flags missed in Belliveau’s case that should have helped protect him.

Latvala’s bill contains several provisions to keep another tragedy like that from happening.

“Brain injury is the leading cause of death and disability among all forms of child abuse and neglect,” said Dr. Jim Lewis, a clinical neuropsychologist.

Lewis partnered with Latvala on the proposed legislation and is a staunch advocate for brain injury training. He’s not waiting on lawmakers to require it.

Lewis is hosting an event at the Clearwater campus for St. Petersburg College on Aug. 25. It’s free to law enforcement officers, social workers, guardians ad litem and others who work with at-risk children to teach them how to identify potential injuries.

Sen. Darryl Rouson, a St. Pete Democrat, says she will sponsor Jordan’s Law again for the 2020 Legislative Session. Sen. Ed Hooper, a Clearwater Republican, said he will work with Latvala and Rouson to ensure the bill’s passage.

The bill could come up as early as September when lawmakers begin meeting in committee before of Session. Latvala said the bill will be the same as the one that stalled this year.