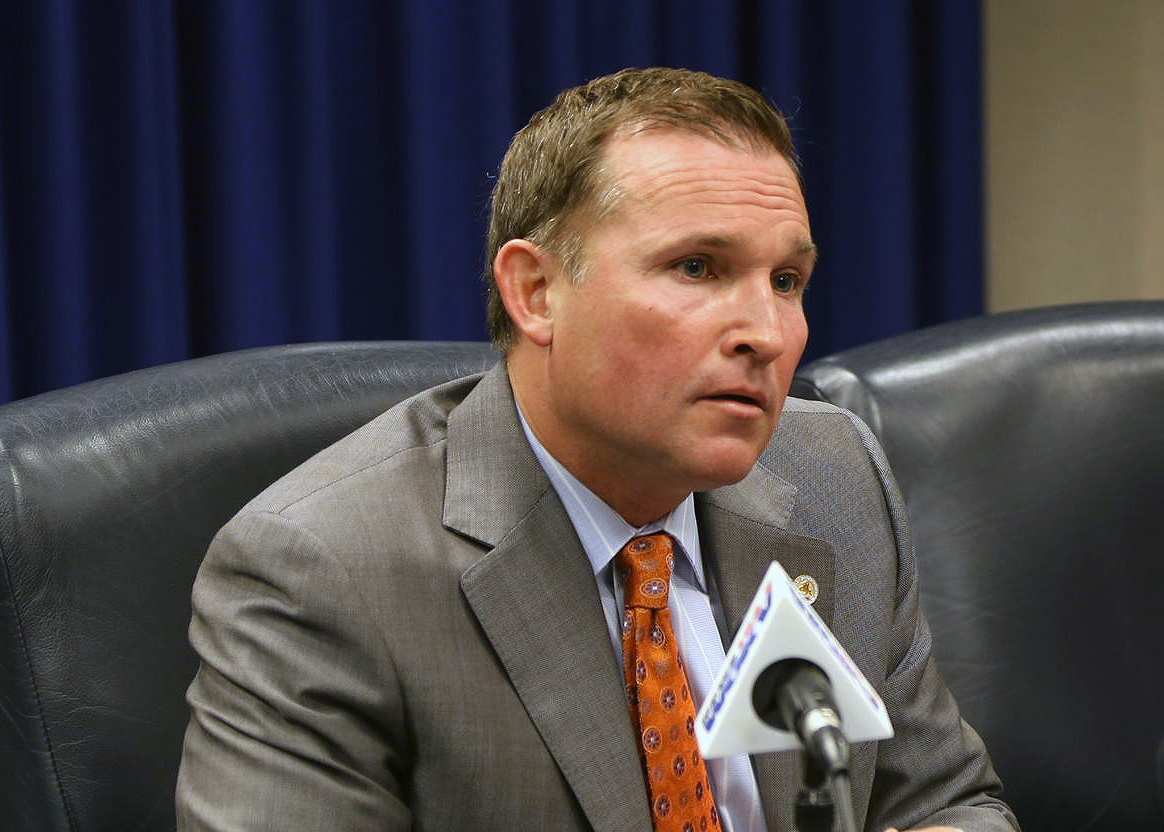 With Jacksonville currently debating a proposed local bill for a mayoral-appointed School Board, Mayor Lenny Curry on Tuesday called for something else.

And elect the currently appointed Superintendent while we’re at it.

That would, the Mayor told us Tuesday afternoon, invoke “the voice of the people.”

Curry ally and state Rep. Jason Fischer proposed a measure last week to bring the School Board under the purview of the Mayor’s Office.

However, Curry denied any input on the bill, and he let Fischer know on Tuesday that he saw it differently.

While Curry recognizes that Fischer “started a conversation about accountability in the Executive Branch,” the Mayor believes voters should ultimately decide.

“Maybe this runs at the same time as the referendum,” Curry said, “if everyone’s on the same page.”

The Duval County School Board wants a 2019 referendum, but Curry wants 2020, a condition that has riled School Board members and school district activists.

The city’s General Counsel, who is the supreme legal authority over the consolidated government, says the timing and occurrence of such elections is City Council’s call.

The Duval Schools Superintendent has been appointed for five decades, and most of those in the role have been short-term. This has been a source of consternation, as the position has been essentially political, especially in recent years.

Reformers like Nikolai Vitti, favored by the business community, found themselves buffeted by political winds, with no recourse to defend their legitimacy.

Current Superintendent Diana Greene has functioned like a politician arguably, advocating for the referendum making the ballot in 2019.

Curry did not comment on that, saying the move was about “accountability.”

“How can we get the most accountability in one space?”

Curry added that when accountability is diffused, there’s “no reward for success or consequence for failure.”

Regarding the frayed dynamic with Superintendent Diana Greene and Board Chair Lori Hershey, the Mayor expressed disappointment after what he saw as “good faith” attempts to establish common ground.

“I sat in this office with them more than once and very specifically said I’m ready to campaign for a Nov. 2020 referendum,” Curry said, noting he still hasn’t seen the specific breakdown of allocations and project timelines Greene and Hershey promised him.

Curry noted also that the city is supporting the district, including by dedicating Jacksonville Sheriff’s Office staff to help them meet their state-mandated Guardian requirements.

Then he pivoted back to the tax referendum question’s purported urgency.

“Why all of a sudden is the sky falling on buildings? They woke up one day and said there was a crisis,” Curry contended.

previousAnnabel Claprood: A Parkland student — what I went through and why I changed schools

next100-days and counting: Bill Carlson is loving the new administration