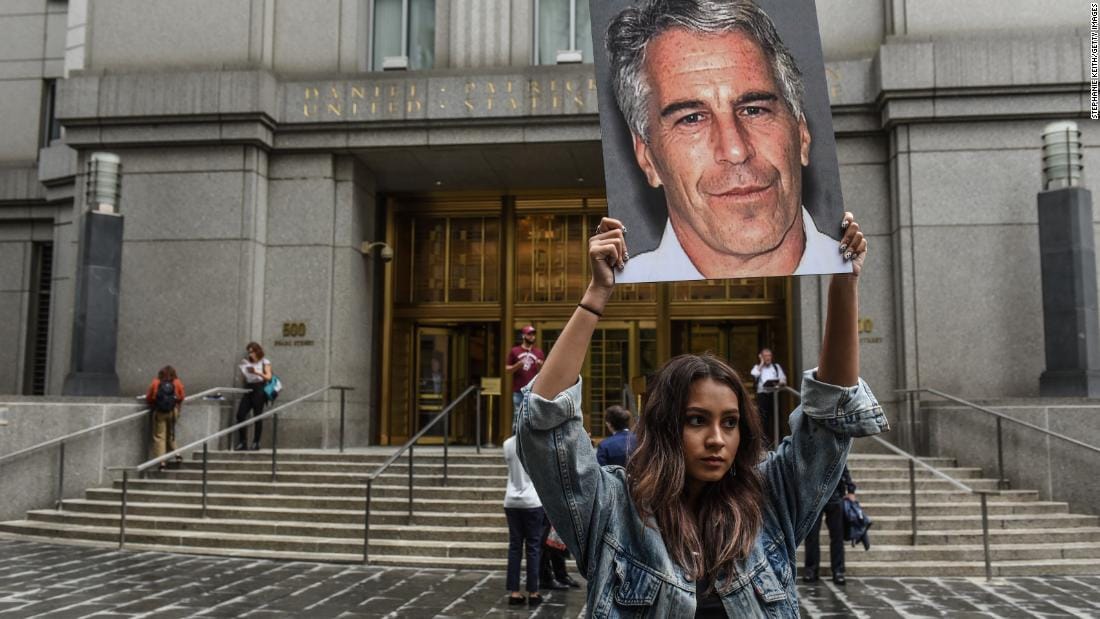 In the media business, there is no higher calling.

There is a lot of Twitter chatter about serial creep Jeffrey Epstein and his suspicious death in a New York jail cell. That’s interesting enough, I guess.

The public’s lurid fascination with the extremely dead Epstein has led to dozens of conspiracy theories. But I keep coming back to two things about this story that no one should forget.

And if not for the work of two Miami Herald reporters who wouldn’t let go of the story, Epstein might be abusing more young girls for his twisted pleasure.

Think about that the next time you’re tempted to ridicule the media as useless because you read something you didn’t like. The sickening saga of the deceased Florida pedophile came to life because Julie K. Brown and visual journalist Emily Michot wouldn’t let go.

Their reporting started a chain of events that led to Epstein’s arrest on new charges. Geoffrey Berman, U.S. attorney for the Southern District of New York, said at a news conference, “We were assisted by some excellent investigative journalism.”

It doesn’t stop with Epstein’s death, either.

Epstein’s many victims deserve the truth behind his apparent suicide. His death denied them the chance to look him the eye in the way Olympic gymnasts did with disgraced doctor Larry Nassar.

By the way, Nassar resides at Florida’s Coleman federal prison near Sumterville. They plan to keep him there until March 23, 2069. Mark your calendars.

Epstein deserved no less a fate, but he took the coward’s way out.

At least he won’t hurt anyone else while multiple investigations continue.

That brings us back to the reporting done by Brown and Michot, and their bosses at the Herald who greenlighted them. They pursued this story for two years after Brown decided it needed a second look.

Most newspapers would never tackle a story like this. Most corporate publishers these days worry more about the bottom line than the product. The cost of this undertaking would have reason enough to kill the story.

Epstein pleaded guilty in 2008 in Palm Beach to a charge of procuring an underage girl for prostitution. Victims didn’t know in advance that his deal was for 13 months in a “custody work release” program where he could stay outside of jail for 16 hours a day.

Brown remembered that Alex Acosta was the top federal prosecutor in Miami during the Epstein trial. He later became Labor Secretary for President Donald Trump, who also has a social history with Epstein.

She started asking questions and connecting dots. The reporting led to Epstein’s arrest and Acosta’s resignation as Labor Secretary.

And last Saturday, Epstein was found hanging in his jail cell. There are multiple investigations, but there wouldn’t be if the Herald hadn’t stuck with the story.

We’re still blessed in Florida to have some newspapers that do it right. I’ll go a step further. Florida might be the best overall state in the country for newspapers, even in these lean times.

The Tampa Bay Times, Orlando Sentinel, and the Sun-Sentinel in Fort Lauderdale are aggressive. Online sites, including the one you’re reading here, routinely break important news. They are the firewall standing between the public and those who would do harm.

But everyone has to do more with less as resources keep shrinking, and reporting like the Herald did is difficult and tedious.

They did it for the right reasons, and it got a rich pedophile off the streets. And the Herald put a fresh light on a suspect plea deal and helped jump-start new investigations into other possible misdeeds.

In this business, there is no higher calling.