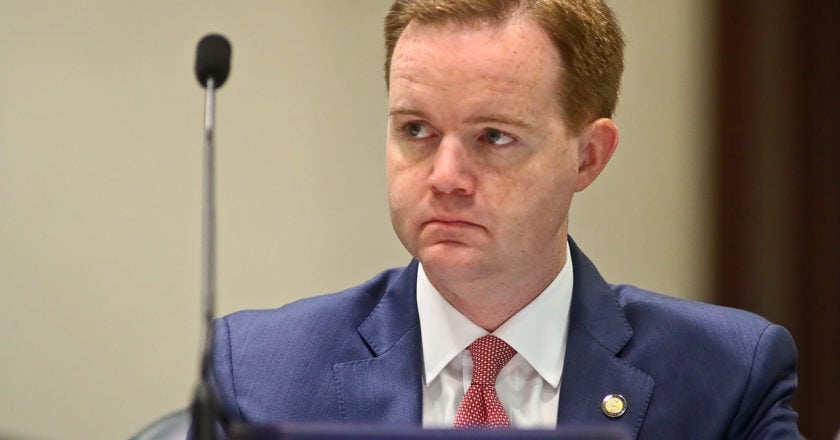 Can't figure out marriage? The state of Florida can help.

Florida lawmakers will again consider whether or not the state should authorize a “Guide to a Healthy Marriage.”

A previous sponsor, Jacksonville Republican Rep. Clay Yarborough, is again championing the measure (HB 319) in the Florida House. The Senate sponsor has yet to emerge.

Gov. Ron DeSantis would appoint two of those advocates. The House Speaker and the Senate President would each appoint two more.

“Promoting healthy marriages and families in Florida should be a priority for all of us. When the bill was filed previously, groups came forward who supported the idea of additional information to go alongside the Florida Family Law Handbook,” Yarborough noted.

“Since 1998 and continuing today under current law, acknowledgment by couples that access was provided to the handbook is a prerequisite to receiving a marriage license in Florida. The Florida Guide to a Healthy Marriage would be made available as additional information, not be mandated,” the Jacksonville legislator added.

There is, Yarborough said, a fiduciary interest in the state having marriages succeed rather than fail.

“In 2018, half of Florida’s 156,168 marriages were dissolved through divorce or annulment (77,054). According to a national study performed by the New York-based Institute for American Values, Florida taxpayers spend $1.9 billion annually due to family fragmentation as a result of divorce and unwed childbearing. The cost to Florida’s child welfare system alone is estimated at $181 million. Also, in 2018 alone, in 46% of the dissolutions, at least one minor child was affected,” Yarborough added.

“While the handbook provides a positive introduction to marriage in the first few of its 16 pages,” Yarborough asserted, “the majority of it centers around child-related issues after divorce, how courts divide assets and liabilities, and the steps to take to end a marriage. In an effort to provide a balance, the FL Guide to a Healthy Marriage will focus on elements not expanded upon in the handbook, such as conflict management, communication skills, family expectations, financial responsibilities, and parenting responsibilities, which are items that benefit any married couple.”

As well, the guide would not issue any preconceptions on marriages, including nontraditional and emerging forms of matrimony.

“The guide would not define marriage,” Yarborough said, “but include items that benefit any married couple.”