The reception will be held in the Capital Room of the Governors Club from 5 p.m. to 6 p.m. on Dec. 11. The date aligns with the final interim committee week ahead of the 2020 Legislative Session, which begins Jan. 14.

More details are available with an RSVP.

Renner, who represents HD 24, is in line to become House Speaker in 2022, following Sprowls’ two-year term behind the lectern. Rommel, who is also running for his third term, represents Collier County-based HD 106.

As it stands, both incumbents are sitting on plenty of campaign cash.

October saw Renner rake in more than $170,000 in contributions between his campaign and committees, Conservatives for Principled Leadership and Florida Foundation for Liberty. The three accounts have more than $1.3 million at the ready.

Rommel, meanwhile, is near the $100,000 mark in hard-money fundraising with $86,000 of that total still in the bank. His political committee, Florida Conservative Committee, is stocked with another $148,000.

He’s being challenged by Naples Democrat Sara McFadden, who has raised $2,676 from donors, but has also plunked down $50,000 of her own money. Heading into November, she had $41,300 in the bank. 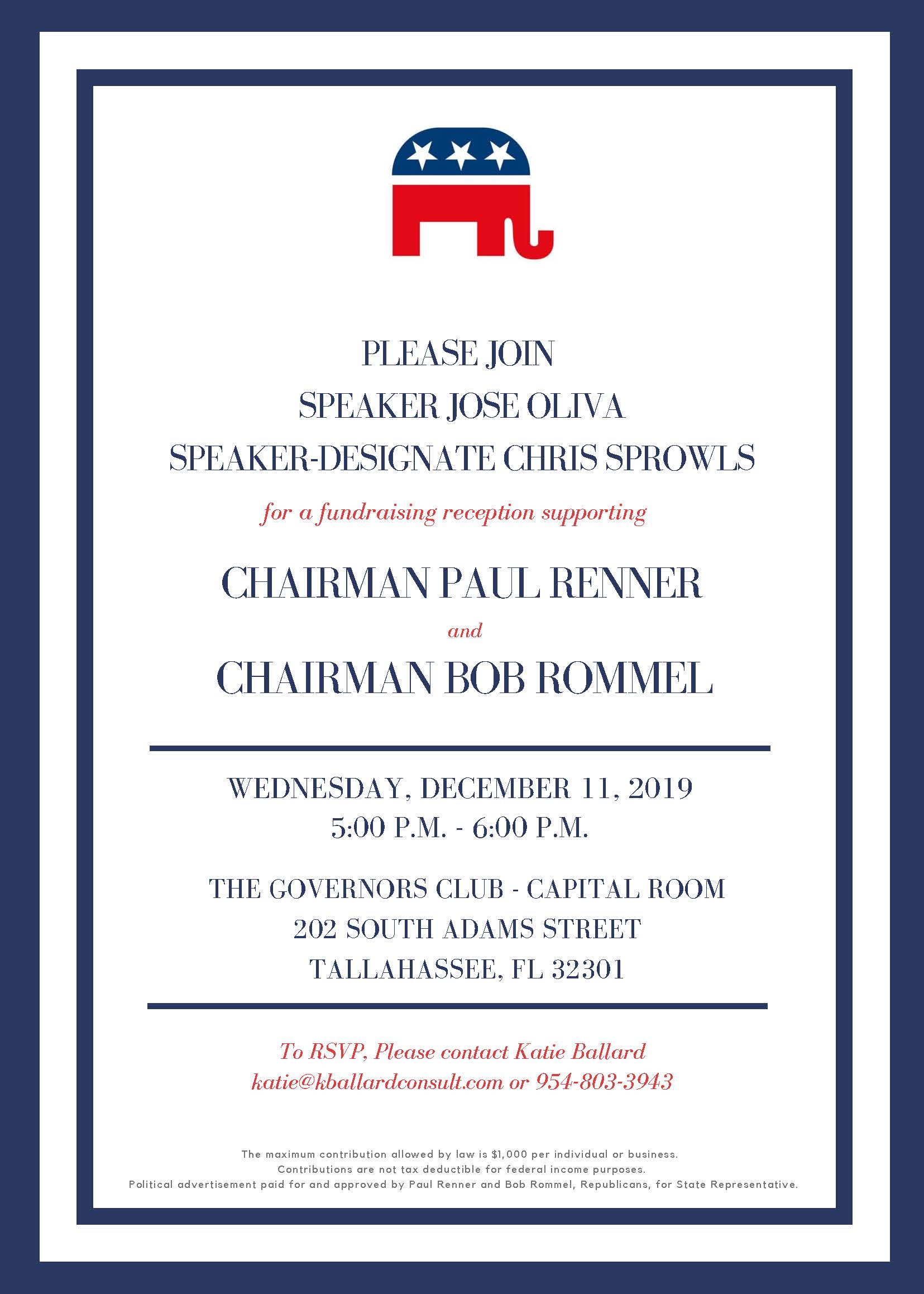