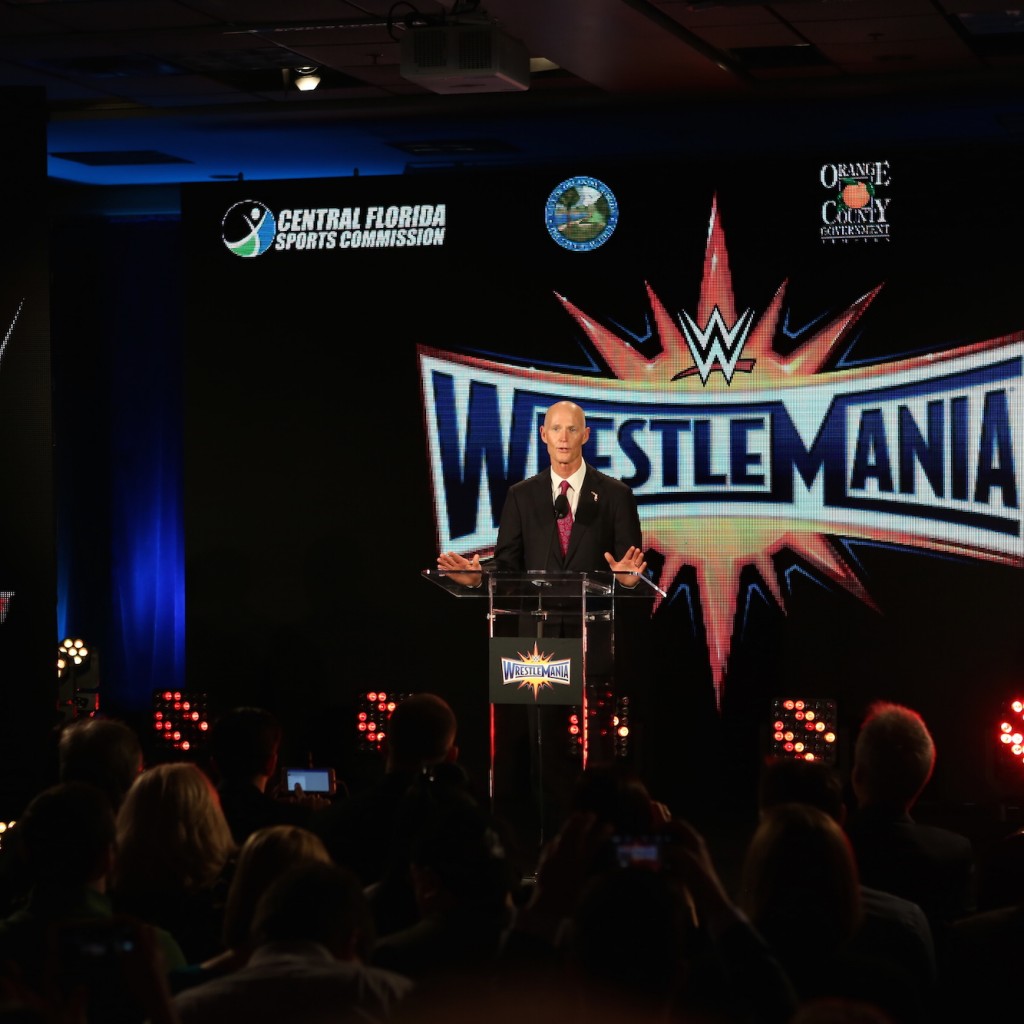 It’s a good thing Orlando’s fixed all of its transportation challenges. And every one of its pro sports facilities is state-of-the-art. And there aren’t any cultural events in the county that need marketing or event funding.

Because if all those things weren’t true, it might be kind of absurd that Orange County commissioners agreed to spend $125,000 from bed tax funds just for the right to bid on a pair of second-tier World Wrestling Entertainment (WWE) events.

That’s $125,000 for two arena events that are expected to bring in just a fraction of the tourists that WrestleMania delivered in 2017. That’s just $5,000 less than Florida taxpayers are paying Gov. Ron. DeSantis this year.

That’s $125,000 that could have been spent on transportation-focused on tourists (pretty much everything in Orlando), updating sports facilities and convention centers, and funding other tourism draws like cultural events or youth sports tournaments that may draw more heads-in-beds.

The WKMG report said the two events would have “predicted impacts “of $6 million and $4 million, respectively. But they didn’t say what “impact” means and they didn’t cite the source of the seemingly-arbitrary numbers.

As I explained back in March, the WWE’s economic impact claims are no less bogus than those spewed by the NFL or any other pro league.

And in a town where Lady Gaga, Ariana Grande, and Billy Joel all sold out the Amway Center this year — and its 2017 hosting of WrestleMania received high marks — it seems kind of silly Orlando would have to pay the WWE some pretty hefty coin for the honor of being considered for these not-quite-Wrestlemania kinds of events.

Don’t worry, WKMG asked the tough questions; reporter Mark Lehman stopped “Harvey Wimbush, who works in Orlando” to ask if he thought it was a good spend. Harvey Wimbush said it was; he even issued a “guarantee” it would be “pack(ed) out every time.”

Harvey Wimbush concluded WrestleMania was a huge success for Orlando because there was a lot of traffic in Orlando the week it was held.

Glad we got to the bottom of that.

Note: the standard reporter signoff for WKMG is “ … getting results, News 6.” I guess they got results for Harvey Wimbush?

Orange County earned respect from economists a few years ago when it resisted funding a new MLS soccer stadium; Orlando FC wound up building the stadium anyway, funding it themselves.

But giving away $125,000 to the WWE is a step in the wrong direction, as Commissioners didn’t even discuss the item last week before approving it. Investments do not provide a guaranteed return, and the lack of questioning about this expenditure makes one wonder how many others are getting rubber stamps without proper oversight.

previousFlorida's primaries are one week earlier this year; some candidates haven't gotten the memo