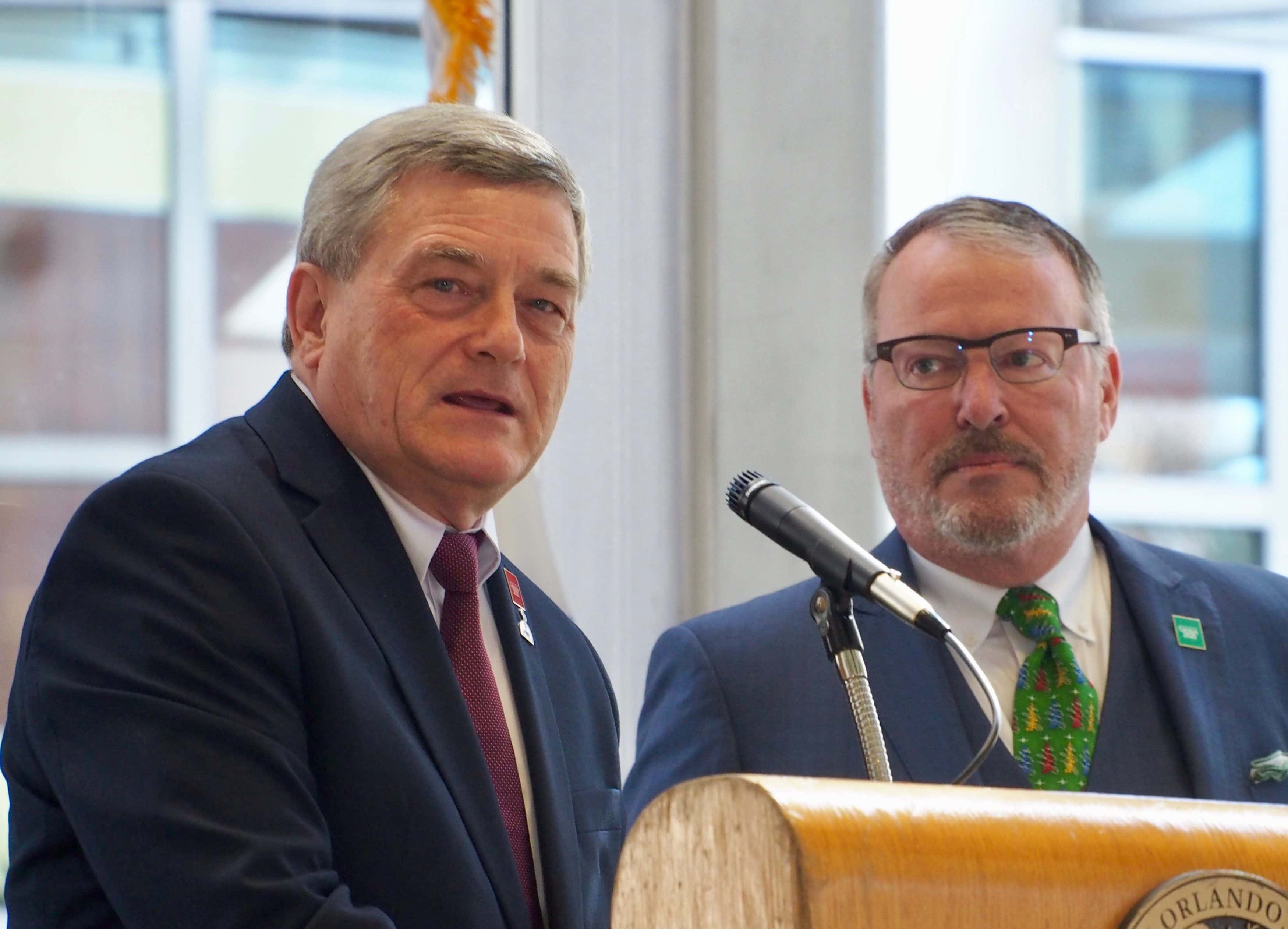 Census Bureau loves complete count committees, which Florida does not have.

This time, the federal government is putting out the decennial call for an army of door knockers and others in temporary jobs this spring and summer to help count the 330 million or so Americans for the U.S. Census Bureau. People interested in such jobs should consider applying now, said Census Bureau Director Steven Dillingham

He came to Orlando Monday on a whirlwind Florida trip that also will include stops in Tallahassee to promote the agency’s need to hire tens of thousands of part-time census takers and others to help complete the 2020 census.

In a press conference with Orlando Mayor Buddy Dyer, Dillingham was a little soft on details regarding specific jobs available, qualifications, hours, and the period of work, except to say that details on how to find that information and to apply are available at the agency’s website.

The census bureau intends to hire as many as a half million nationally people for temporary, part-time jobs this spring and summer, and mostly wants to recruit people to knock on doors within their own neighborhoods. Dillingham described college students as ideal for many of the jobs, but also said they hire a lot of retirees and others as well. Bilingual applicants are particularly sought, and in Florida that means more than just Spanish and English, but also Creole, Portuguese and other languages. Applicants must be American citizens.

The bureau will be paying about $19.50 an hour for basic census takers in Central Florida. The wage levels vary depending on regional economies. There will be training for which workers will be paid. Most of that can be done online, he said. The bureau is taking applications now and will begin hiring in January.

“We’re reaching to hire people to help us with the census,” Dillingham said. “The census is a national activity. The federal government cannot do it alone.

“They’re great jobs. I will tell you people come back once every ten years,” he said.

Dillingham was moving on from there to visits at Valencia College and the University of Central Florida in Orlando, and then on to colleges and universities in Tallahassee where the Census Bureau is making pitches directly to their most sought-after pool of potential workers next spring and summer, college students.

Aside from Dyer, Dillingham said he had no plans on this trip to meet with Gov. Ron DeSantis or other elected officials about the 2020 census. He did, however, over strong support for states, counties and cities that are setting up complete count committees, something that DeSantis has declined to do. Florida is one of only five states that has not setting up statewide operations to help the federal bureau with its count.

DeSantis has said that type of coordination is best done at the local level. Orange County and Orlando are among numerous cities and counties setting up their own complete count committees, which Dillingham praised, while also praising states that have chosen to do so. He said the bureau likes to work with complete count committees to set up networks for the census taking.

“It shows enthusiasm. It shows the support,” he said.

nextBipartisan legislation would set aside Sadowski funds only for affordable housing