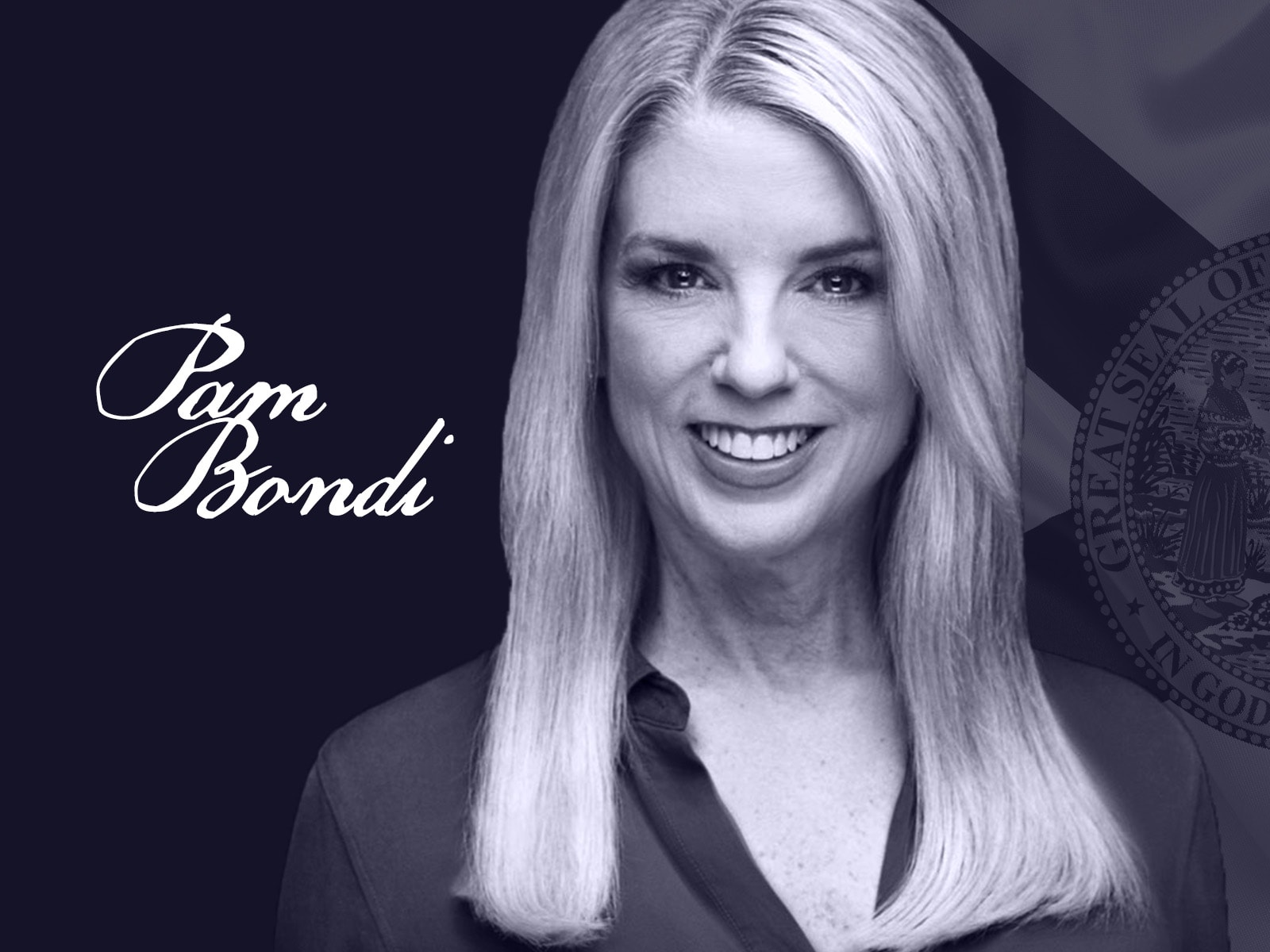 Bondi was a fierce advocate for eradicating human trafficking.

Former Florida Attorney General Pam Bondi entered politics at the dawn of the 2010 decade with her first run for elected office.

She started off with an immediate bang, being the first woman ever elected as Florida Attorney General.

She served in that position for eight of the last ten years as a staunch conservative, but also as an outspoken advocate for ending human trafficking.

In 2012, she announced an aggressive initiative to make Florida a zero-tolerance state for human trafficking and modern-day slavery. From there, she forged partnerships with private businesses, community organizations and the Florida Legislature to raise awareness, teach how to spot the signs of human trafficking and pass legislation to strengthen laws.

As part of her leadership role on the issue, Bondi delivered opening remarks at a 2017 summit on human trafficking in which she urged students, teachers and other individuals to learn to spot and identify signs. Bondi pointed to a case in which an Uber driver thought an older man traveling with a young girl seemed suspicious and reported it. That driver’s report led to the takedown of a huge human trafficking ring.

“Florida Attorney General Pam Bondi has taken an aggressive approach in efforts to make Florida a zero-tolerance state in human trafficking, forming partnerships with truckers, hoteliers and convenience store owners to identify those who may be involved in human trafficking,” Bondi’s campaign manager Pablo Diaz said in a 2014 announcement of a television ad for her reelection campaign.

In addition to her work on that issue, Bondi was also an outspoken opponent of former President Barack Obama’s signature health care law, the Patient Protection and Affordable Care Act, also known as Obamacare.

She served as the lead Attorney General in an unsuccessful lawsuit to overturn it arguing the individual mandate forcing patients to carry health coverage or pay a fine was unconstitutional. In 2018 she again joined a successful lawsuit to undo certain provisions of the health care law.

“Pam has a core of steel and a heart of gold, which have made her not only a respected leader in the state and national pantheons but a beloved one as well,” said GOP media strategist Adam Goodman. “Pam has that magical ingredient called ‘presence,’ on and off television, the quality that attracts people to not only listen to her but to want to follow her lead.”

Bondi also led robust efforts in Florida to crack down on pill mills. Bondi aggressively pushed the Statewide Prescription Drug Diversion and Abuse Road Map and championed a bill in the Legislature that led Florida from having 98 of the top 100 overprescribing physicians in the nation to zero. Overall, her efforts helped drop Florida’s overdose deaths 52%.

“Her greatest accomplishment as Attorney General was in fighting opioid dispensation abuse and in calling attention to human trafficking. As the decade began, few in Florida had concerned themselves with these on policy unless personally impacted, and she deserves a great deal of credit for heightening awareness,” said GOP political consultant David Johnson.

Bondi also emerged as an early supporter of now-President Donald Trump and was rumored to be under consideration to be a member of his Cabinet. While that never came to fruition, Bondi was tapped in 2019 to manage messaging strategy as Trump faced impeachment.

She worked for the lobbying firm Ballard Partners as an attorney/lobbyist after leaving political office but left the firm to join Trump’s response team.

previousNo. 14 on the list of Florida Politicians of the Decade: Debbie Wasserman Schultz

nextNo. 12 on the list of Florida Politicians of the Decade: Don Gaetz