John Legg: Teacher pay, student performance must be Job One for 2020 Session

In Florida, there are certain reoccurrences residents can count on: lovebugs every fall, layers of yellow pollen every spring, and a slew of education bills at the beginning of every Legislative Session.

The 2020 Session will prove to be no different.

Many of these education bills make a big splash when filed; however, most of the measures will rarely see the light of day and never be heard in committee.

They will die a quiet and unceremonious death, only to be refiled in the subsequent Session — restarting the process.

However, a very lucky few of these education bills will endure and define the 2020 Session.

So far, Gov. Ron DeSantis has rightfully laid down the most visible education marker with his proposal of increasing the starting teacher salary to $47,500.

No sooner had the Governor announced this ambitious goal, questions began to surface: How will the increase in teacher salary be paid for? Will veteran teachers also receive an increase in salary? Should the funding be directed at pay increases for hard-to-recruit-and-retain areas such as STEM?

As the old saying goes, no good deed goes unpunished.

The Florida Legislature will need to work out these details in a reasonable manner. While increasing teacher salary is a laudable goal, the reality is that this early marker cannot occur in an educational vacuum.

Lawmakers should tackle increased teacher pay along with equally significant, yet less covered education issues, such as how to address Florida’s stagnant school performance and how to close the educational opportunity gap for all students.

After witnessing significant gains from previous decades, the 2019 National Assessment of Educational Progress (NAEP) reading scores among 4th- and 8th-grade students dropped from 2017, the last time the test was administered.

Also, Florida’s math scores did not move at all for both groups.

On a positive note, Florida has made significant gains in closing the achievement gap for minorities and held on to its fourth-place ranking in 2019 Education Week’s Quality Counts.

Yet, overall, Florida’s academic student performance has merely plateaued over the past several years. The stagnation in student achievement is especially concerning when compared to the fact that the percentage of schools earning an A or B has increased to 63%.

How can both statistics be accurate?

It appears that Florida’s school districts are quickly becoming the educational equivalent of Lake Woebegone — where everyone is great and everyone is above average — while masking the fact that the vast number of our schools are not adequately preparing our students for the rigorous international marketplace.

This Session, the Legislature should place high importance on the misalignment in school grading: specifically, increasing the school grade cut scores for student performance. Otherwise, the Legislature will need to be content with the stagnation — or decline — in academic achievement in national and international rankings.

Florida is one of seven states that did not.

Florida has not raised the bar on school expectations, and our students will continue to pay the price of these low expectations.

Compounding the issue, the performance of U.S. students has not moved from its mediocre position internationally since 2000, as indicated by the 2019 Program for International Student Assessment (PISA) results.

Like with most Sessions, it is impossible to know for sure which education bills will gain momentum, but there is little doubt that increasing teacher pay, raising academic standards, and closing the opportunity gap should be — and hopefully will be — some of the most debated educational topics this Session. 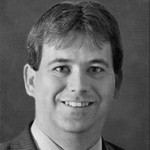 Dr. John Legg, Ed.D. is school administrator and classroom teacher in Pasco County for over 20 years. He is the former Chairman of the Senate k-12 form 2012-2016, Speaker Pro-Tempore of the Florida House of Representative from 2010-2012, and Chairman of House k-12 from 2008-2010. Legg holds a doctorate in Education in Program Development and Sustainable Educational Innovation.