Ed. Note — On Monday, Sixty Days will be off to commemorate Martin Luther King, Jr. Day. We will return to inboxes Tuesday.

The Florida Supreme Court said the Legislature got it right on Amendment 4 when they passed a bill requiring all fines and fees be paid before felons can regain voting rights. Nearly two-thirds of voters approved the amendment, which said “all terms of sentence” must be completed in 2018. Opponents of the implementing bill say that means prison time, probation and parole, not court costs. The Supreme Court’s opinion is far from the end of the saga — arguments on whether fines and fees are fair game or a “poll tax” will be heard in federal court later this month. Here’s your nightly rundown.

Privacy push launches. Protecting Our DNA rolled out a website, video and petition in support of legislation to ban insurance companies from using genetic information in policy decisions.

CRC on the outs? Bills aimed at repealing the controversial Constitutional Revision Commission cleared their final committee and are ready for a floor vote in the House.

Tax cut curtailed? A bill that would have provided millions of dollars in tax savings to a handful of companies was placed on the back burner after questions arose about its origin.

Race to the polls. A House panel voted to introduce a committee bill that would make it harder for proposed constitutional amendments to make the ballot, mainly by shortening the window for collecting petition signatures.

“We conclude that the phrase, when read and understood in context, plainly refers to obligations and includes ‘all’ — not some — LFOs [legal financial obligations] imposed in conjunction with an adjudication of guilt.” — The Florida Supreme Court on whether felons must pay fines and fees to regain voting rights.

Florida’s current Capitol is made of steel and towers twenty-two floors above ground level, but what was the first state Capitol made of?

As always, click here to tweet your answer to @MHDFirm. The first person with the correct answer will get a shout-out in Tuesday’s 60 Days!

Last time, we asked: When a main question has been decided by the full Senate on a voice vote, who is permitted to move for reconsideration of that question?

Congrats to Kevin Besserer (@krbesserer), who was the first to tweet the correct answer! 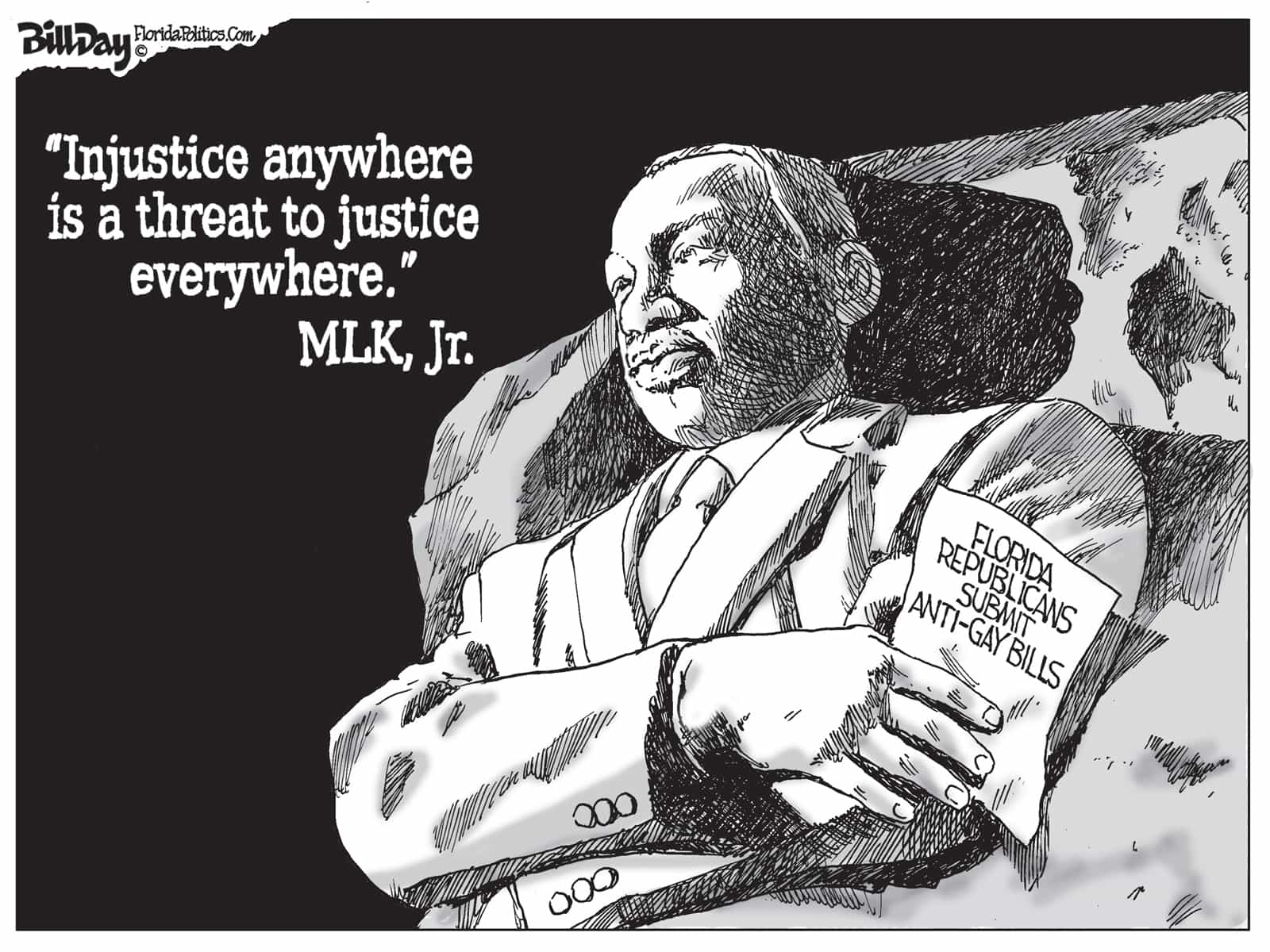 It would only take winning three seats for Democrats to take control of the Florida Senate. Still, progressive group Swing Left sees a greater opportunity in 2020 to flip the Florida House, where Republicans hold 73 of 120 seats. The group announced Thursday it would target 18 House seats, 14 now held by the GOP. Political analyst Ryan Quinn explained the choice of battlegrounds.

Florida Politics: Can you explain your choice to target 18 House districts and two Senate seats and why you targeted these elections?

Quinn: With both legislative chambers, we know there’s a lower number of seats to flip in the Senate, but baseline partisanship makes it a steeper hill to climb rather than in the House. He needs 14 seats that are held by Republicans, however, we see that within that group are 11 seats Hillary Clinton carried in 2016. We see that there are still a lot of districts we view as flippable. I came over from Flippable when it merged with Swing Left last year, and we were involved with 11 of these 18 house districts in 2018. We got a lot of experience in 2018 and were successful with Margaret Good and Adam Hattersley and Jennifer Webb, but understand there are a lot of gettable seats. In the Miami metro area are four seats Hillary was able to carry by over 10% that are now being held by Republicans. We can leverage financial and volunteer support and help define those races to be easier.

FP: How will the dynamic of a presidential election make this effort different in 2020 than it was in 2018?

Quinn: That will be one of the big challenges for the organization, understanding who to operate with this gigantic $2-billion industry that is going to be taking up a lot of space. How do we get everybody focused not only on Florida’s 29 electoral votes but also down the ballot? As we move into 2020, we will get more about how that will work based on who the nominee ultimately is. But we are excited in Florida about working in areas to have multiplicative effects up and down the ballot. We work not only in areas where Secretary Clinton carried the district but also the Tampa and St. Petersburg area, and areas around Orlando and its suburbs.

FP: Will national Democrats focus more on statehouse races this year, as Republicans have done for the past decade and a half?

Quinn: Yes, the Democratic Party is starting to focus more down the ballot and understanding the structural elements about how we are disadvantaged at the federal level through disadvantages at the state level. We are paying attention to state policies and small-d democratic reforms like voting rights and felon disenfranchisement. Those are state issues decided by the state Legislature, and we are waking up to the fact that we need to be successful down the ballot as well. Republicans understood that a little longer. One of the things to touch on is how important Florida will be after reapportionment in 2020. As we see Census results coming in, some have Florida gaining two congressional seats. So the nature of this election is not just important from the perspective of redistricting the state but also gaining a stronger congressional delegation as we move into the 2020s decade.

House Speaker-designate Chris Sprowls’ push to safeguard genetic information from insurance companies began in earnest Thursday, with his bill (HB 1189) being heard in its first committee.

The House Health & Human Services Committee passed the bill with a unanimous vote, but despite lawmakers being resolute in their support, there are two sides to the issue. And each is well represented in the Capitol.

Showing up in support of the first-of-its-kind privacy protections were the Florida Association of Genetic Counselors and the AARP.

The counselor association has retained Candice Ericks and Robert Holroyd of TSE Consulting to advance its goals in the Legislature. AARP, with its broad array of interests, has a half-dozen advocates in its corner, all of them in-house. The roster: Dorene Barker, Laura Cantwell, Edda Fernandez, Jeffrey Johnson, Jack McRay and Zayne Smith.

On the other side of the fence were a host of insurance groups, who maintain too much secrecy on genetic test results could lead to customers intentionally misleading companies into writing actuarily unsound policies.

Making that case at the bill’s premier stop were the Florida Insurance Council and the American Council of Life Insurers.

Both are well equipped on the lobbying front.

The American Council of Life Insurers turns to Jon Johnson and Travis Blanton of Johnson & Blanton for its needs, with an assist from Snowden.

The Revenue Estimating Conference will analyze the fiscal impact of legislation proposed for the 2020 Legislative Session when it meets at 9 a.m. in Room 117 of the Knott Building.

— The House Justice Appropriations Subcommittee meets at 8:30 a.m. in Room 404 of the House Office Building.

— The House PreK-12 Appropriations Subcommittee meets at 11 a.m. in Reed Hall in the House Office Building.

— The House Transportation & Tourism Appropriations Subcommittee meets at 11 a.m. in Room 404 of the House Office Building.