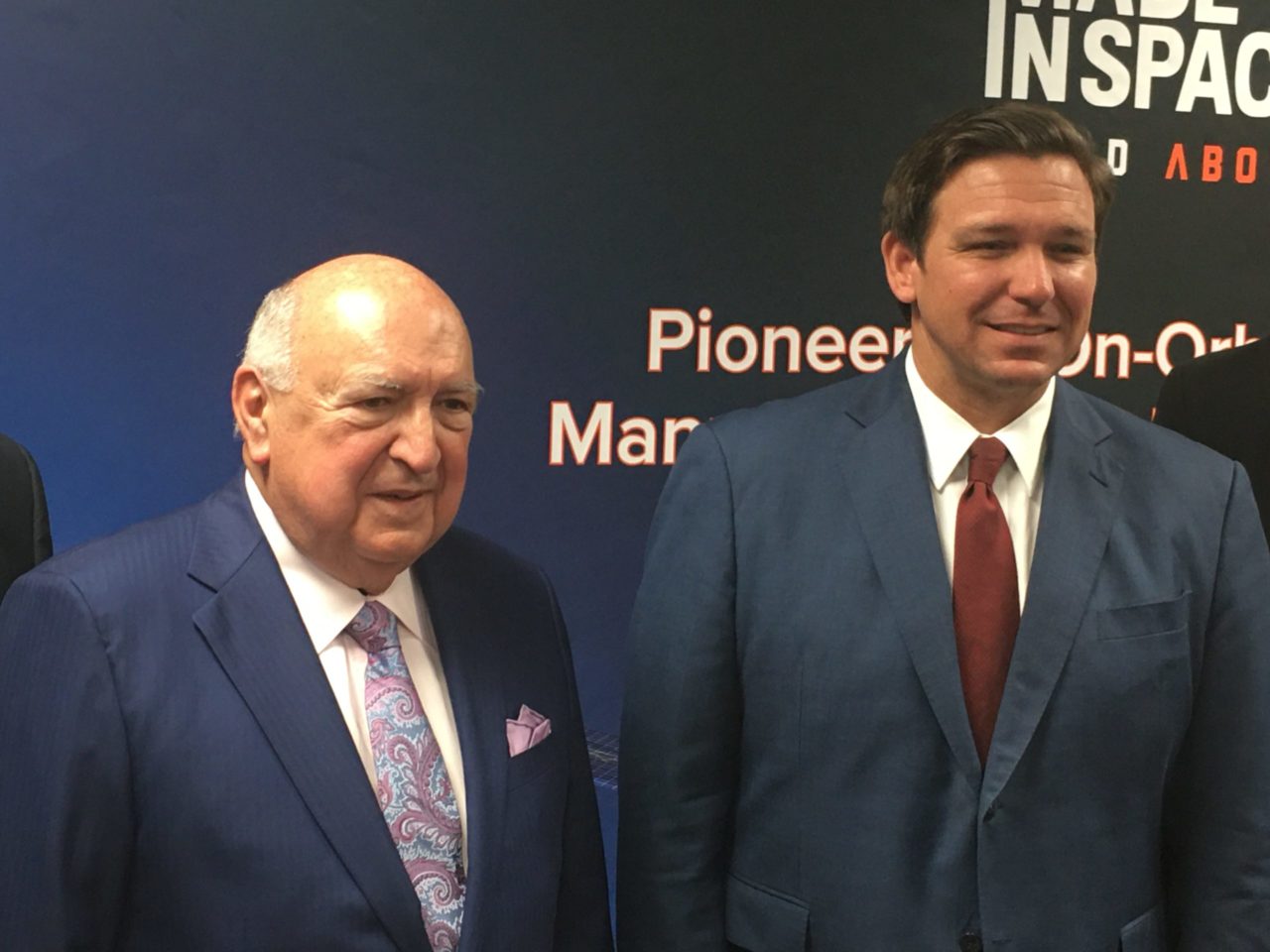 A second “major announcement” in a week had Gov. Ron DeSantis returning to Jacksonville Friday.

The Governor was at Made in Space, a local company that is relocating its corporate headquarters to the Northeast Florida city.

DeSantis and Space Florida CEO Frank DiBello spoke at some length about the company and what it represents.

DeSantis described a “great renaissance” of space, with a “reinvigorated” NASA.

“In the next several years,” DeSantis said, “we’re going to put American astronauts on the moon.”

Made In Space has made multiple visits to the International Space Station, where equipment made in Jacksonville is of galactic importance.

DeSantis suggested the relocation from Silicon Valley to Jacksonville was driven by a more hospitable business climate.

Meanwhile, Florida is “working hard” to ensure “skilled labor … at a variety of skill levels” is available.

DeSantis has pushed for the U.S. Space Force to locate in Florida, and Space Florida has been highlighted throughout his first year in office.

“I’ve talked to the President, mentioned Space Command,” he added, but thus far no commitment to Canaveral and the Sunshine State from the White House.

“We expect to see a lot of new things happen with this company,” DiBello added, suggesting that other such deals may be in the future.

“Made In Space” hopes to build a larger manufacturing footprint, with Cecil Field’s spaceport “on the shortlist” for such construction, company officials said.

On Thursday, the Space Florida Board of Directors approved $200,000 for Satellite Beach-based GTOPS, Inc., a veteran-owned business that provides facilities-support services, to further showcase how military bases and businesses in the state are capable of training and equipping President Donald Trump’s new military branch.

“If you can’t make the articulate arguments for what capabilities you’ve got to support missions, you’ll never get those mission assignments,” DiBello said after Thursday’s meeting in Tallahassee.

Florida officials have often pointed to DeSantis’ political ties to Trump as they lobby for the new branch, which is expected to be moved from the Department of the Air Force to having its own representation on the Joint Chiefs of Staff in the Pentagon in October. The move is expected to kickoff a five-year phase in.

Space Florida officials maintain that luring the combatant command or the components that will make up the bulk of the Space Force will require showing that many of the new agency’s functions already exist in some manner at Cape Canaveral and military bases across the state.

“There’s a political element to everything, but you aren’t going to see something as critical as space combat be placed in Idaho simply because the president likes somebody in Idaho,” DiBello maintained. “It’s going to have to be done because there’s a strategic reason to put that mission element in Idaho.”

Florida already has the aerospace infrastructure needed to quickly support the high-tech missions that will be the focus of Space Force, according to DiBello and other Space Florida officials, such as Lt. Gov. Jeanette Nunez.

“I go up to D.C. pretty frequently to talk about this and other issues,” said Nunez, who also serves as the chairwoman of the Space Florida board. “The governor has made it very clear that he is going to continue to push on that. So, we’re really engaged.”

Florida is competing with other states for the command headquarters, which will have an initial job of protecting satellites and other hardware already in space and carries the prospect of new jobs and a boost to the state and local economies. Trump has asked Congress for $8 billion during the phase-in period for the new agency.

“We’ll see what ends up happening with that,” DeSantis said of the state’s recruitment efforts, during the Friday event in Jacksonville.

In this article:Jacksonville, Made In Space, Ron DeSantis, Space Florida