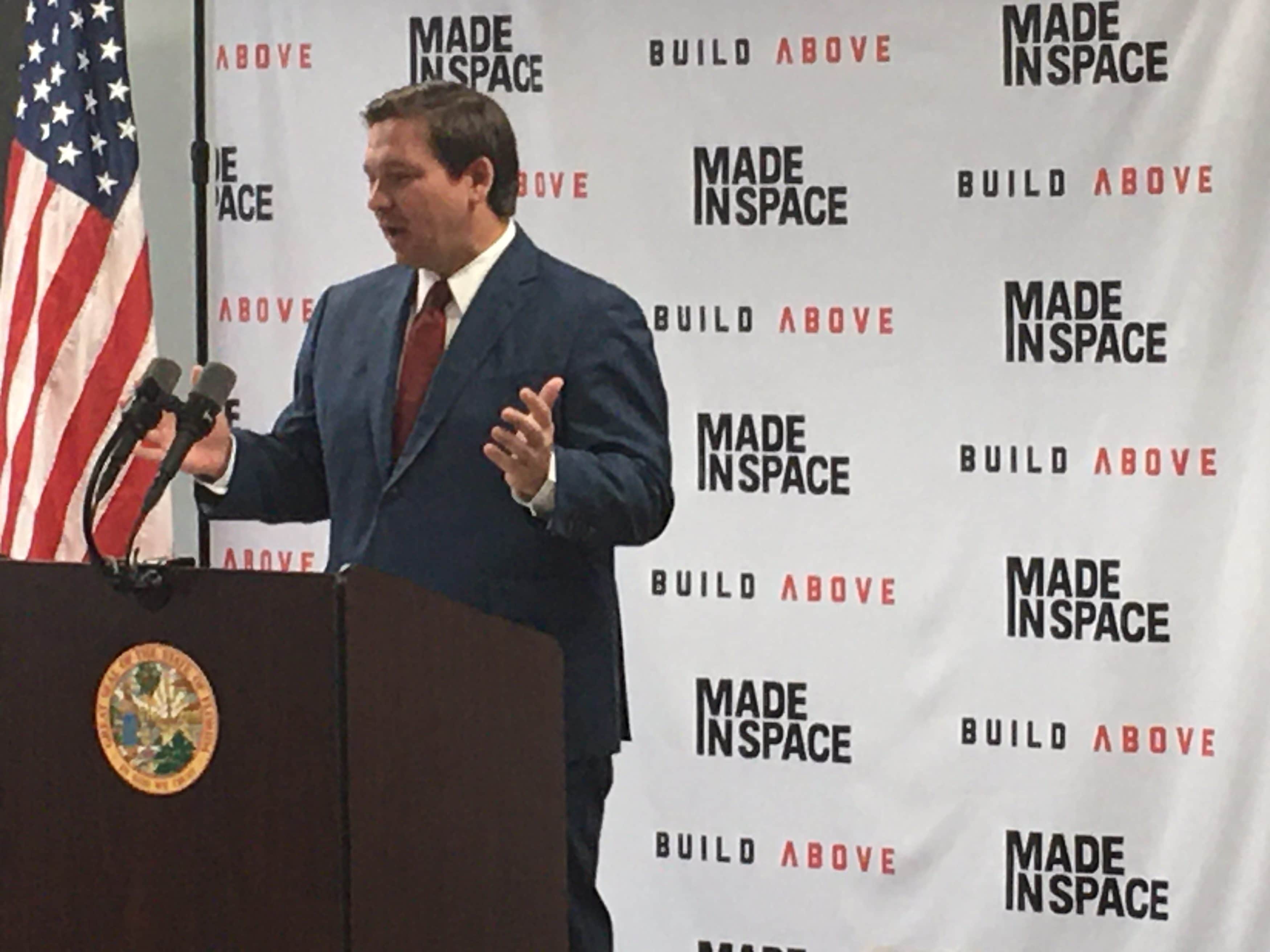 As controversy percolates over a tweet about voting rights from Gov. Ron DeSantis, a unique defense has emerged.

The first-term Republican told reporters in Jacksonville Friday that he didn’t write his “voting is a privilege” tweet that elicited considerable negative reaction this week.

“It’s kind of a word salad, it’s not necessarily how I talk,” DeSantis said.

The full statement: “I am pleased that @FLCourts confirms that Amendment 4 requires fines, fees & restitution be paid to victims before their voting rights may be restored. Voting is a privilege that should not be taken lightly, and I am obligated to faithfully implement Amendment 4 as it is defined.”

DeSantis was heralding a Supreme Court ruling that held that felons, as Republicans wanted, are on the hook for court fees, fines, and financial restitution. However, the description of voting rights as “privilege” nettled critics.

“Well, first of all I don’t tweet, so you can talk to my staff about what my words are,” the Governor said.

“Now Florida voters enacted this. And so that restored or at least made eligible certain classes of felons. We enacted legislation to implement that. There was lawsuits,” DeSantis said.

“So we went to the Florida Supreme Court to say ‘OK, is this the proper thing?’ And then they said basically what the Legislature did effectively, they interpreted the Amendment,” he added.

“We’re going to enforce the law as it is. If folks qualify, they’ll be eligible. If they don’t qualify,” DeSantis said, “they wouldn’t necessarily have access to it.”

Failure to pay restitution was identified as one reason for not qualifying.

DeSantis said he did not support Amendment 4, as “it enfranchises violent felons,” but he has a “duty to implement” it.

The Governor noted that even “liberal” justice Jorge Labarga sided with the conservative majority in ruling that Amendment 4 required all sentence conditions to be fulfilled.

I am pleased that @FLCourts confirms that Amendment 4 requires fines, fees & restitution be paid to victims before their voting rights may be restored. Voting is a privilege that should not be taken lightly, and I am obligated to faithfully implement Amendment 4 as it is defined.

“We think, of course, it’s wrong, that the language in and of itself should be restricted to everything associated with a sentence except for the LFOs, and we are emphasizing that this is an unconstitutional poll tax or an unconstitutional form of wealth-based discrimination,” Southern Poverty Law Center deputy legal director Nancy Abudu told The News Service of Florida in a telephone interview Thursday.

Though the Florida Supreme Court is a win for DeSantis and the Republican-controlled Legislature, it is non-binding and in no way marks the end of the fight over the amendment’s implementation.

A trial is set to begin in April in the U.S. District Court in Tallahassee. In that lawsuit, civil rights groups along with voting rights groups allege the implementation bill is unconstitutional.

The 11th U.S. Circuit Court of Appeals is set to hear arguments in the appeal Jan. 28.

previousMichael Waltz raised over $300K in Q4 for reelection