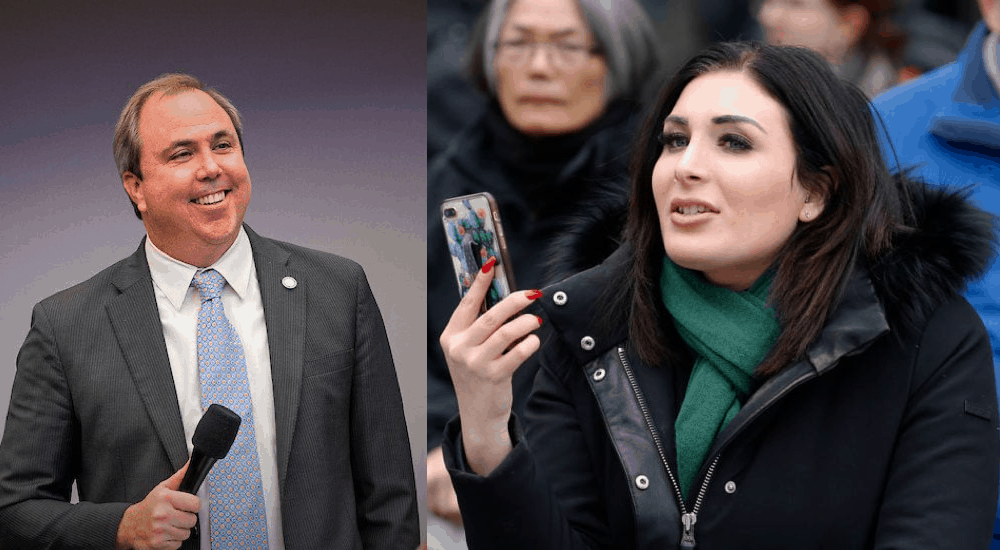 The bill would open social media platforms to statutory damages for censorship.

But she can still command a press conference. Expect her to do just that Tuesday when she stands by state Sen. Joe Gruters as he touts efforts to stop internet censorship.

He said the bill was inspired in part by Loomer. The South Florida blogger’s antics led to her famously getting booted by most platforms.

“Conservatives are being unfairly targeted,” Gruters said. “It’s worthwhile to continue to have this discussion.”

Gruters last year filed similar legislation. Notably, some free speech advocates said then the bill wasn’t truly supportive of the First Amendment because it required corporations to give a platform to views even if found offensive.

But Gruters said his legislation applies only to the biggest of social media providers, those platforms with more than 75 million subscribers. That includes Twitter, Facebook and YouTube.

“The question is, are these large social media platforms, aren’t they in the public realm?” he said. “Once you get a certain number it’s like being on a street corner.”

The bill exposes companies to at least $75,000 in statutory damages for every purposeful instance of censoring political or religious speech.

The legislation recognizes legitimate reasons to shut down an account like impersonating another person or actual threats of violence. But Gruters said too often, platforms have dubbed content as “hate speech” or other expressions violating terms of service.

Gruters said his bill doesn’t only apply to right-wing speech but also will also protect liberals, though he feels conservatives have particularly felt the brunt of online censorship.

Loomer was banned from Twitter after calling U.S. Rep. Ilhan Omar, one of the first Muslim women elected to Congress, “pro Sharia” and “anti-Jewish.” She has sued a number of social media platforms, including a $3 billion lawsuit against Facebook for defamation.

She’s not the only Florida commentator to run into troubles with social media companies. Orlando-based conservative blogger Jacob Engels was also kicked off Twitter over comments about Omar, who he said would deliver a future of  “roaming rape gangs” to America.

Liberal Twitter pundits Ed and Brian Krassenstein of Fort Myers were also booted from the platform a couple months later for allegedly violating terms of service.

Loomer’s appearance in the Capital Rotunda with Gruters, also chair of the Republican Party of Florida, could give some credibility to her run for Congress.

The right-winger, who has attempted to turn her last name into a verb for political censorship, filed to challenge U.S. Rep. Lois Frankel in Florida’s 21st Congressional District. She now holds a cash lead among 10 Republicans running, but significantly trails Frankel.

Gruters said appearing with Loomer shouldn’t be seen as an endorsement and has nothing to do with her Congressional bid.

As for whether he’s giving credibility to extremists, Gruters said that’s not his goal. Instead, he said it’s the marketplace of ideas that should determine what speech is too offensive to be heard.

“Things like hate speech will be held accountable in other ways,” Gruters said. “The right of the First Amendment is extremely important, and censoring others you don’t agree with in the public sphere could lead to much bigger problems for the country in the long term.”

nextHouse committee to weigh protections for pharmacies under audit