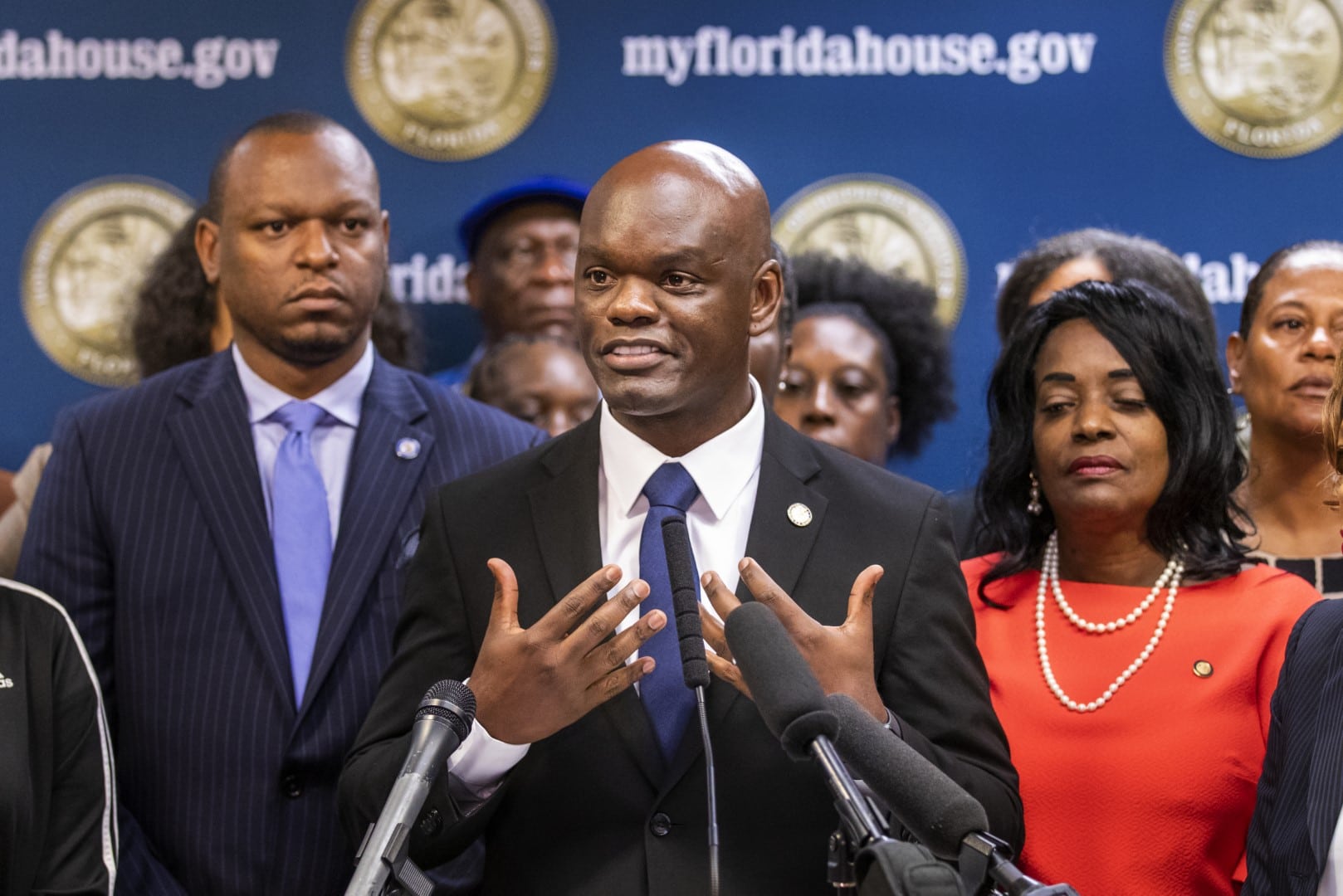 The Bloomberg camp is seeking support from the black community amid Joe Biden's early struggles.

The Mike Bloomberg presidential campaign is continuing its effort to capitalize on Joe Biden‘s early state struggles. Wednesday, the Bloomberg campaign secured the endorsement of the top Democrat in the Florida House.

House Democratic Leader Kionne McGhee says he’s backing Bloomberg in the Democratic presidential primary. That marks a departure from other black lawmakers in the state, more than 50 of whom have endorsed former Vice President Biden.

McGhee’s endorsement also comes as Bloomberg is facing criticism over leaked audio showing him defending the “stop-and-frisk” policy during his tenure as New York City Mayor.

But Bloomberg’s bottomless bankroll has also led some voters to view him as a top alternative should the Biden campaign continue to falter. McGhee says Bloomberg’s political record makes him the most qualified to compete against President Donald Trump in November.

“Mike Bloomberg has the political courage and action specific plan to fight to ensure opportunity and growth for our future,” McGhee said.

“We need someone in the White House who understands the ramifications of gun violence. Mike knows the struggles we face today are deeply personal for millions of Americans. Mike has represented one of the most diverse cities in the world, the size of some countries. His experience is invaluable. I know he will be committed to creating an economy that works for everyone.”

Reggie Cardozo, a former senior adviser to Florida House Victory and a McGhee ally, was hired by Bloomberg in January. He added a statement of his own Wednesday welcoming McGhee to the team.

“Mr. McGhee is a cornerstone in Florida politics, and we are ecstatic he is joining us on these monumentally important issues.”

Despite Biden’s early struggles, it’s worth noting Iowa and New Hampshire account for a small sliver of the Democratic electorate as a whole. Going forward, Biden is relying on his support among minorities. The upcoming Nevada caucus and South Carolina primary contain much larger shares of minorities than do Iowa and New Hampshire.

While Biden has failed to crack the top-3 in either of the first two states, voters haven’t yet had a chance to weigh in on Bloomberg’s candidacy. The former Mayor is skipping early states and pouring his resources into Super Tuesday, which takes place on March 3. Florida’s primary takes place two weeks later, on March 17.

A late January poll had Bloomberg second to Biden in Florida, though Biden led by a 41% to 17% margin.

But that was before Biden’s poor finishes in Iowa and New Hampshire. Some current and former Florida lawmakers who had endorsed Biden have since swapped their support to Bloomberg.

It remains to be seen how the newly-released audio will affect Bloomberg’s support among the black community and among voters writ large.

In defending his city’s stop-and-frisk policy, which was criticized for targeting minorities, Bloomberg said, “95% of your murders — murderers and murder victims — fit one M.O. You can just take the description, Xerox it, and pass it out to all the cops. They are male, minorities, 16 to 25. That’s true in New York, that’s true in virtually every city.”

Following the audio’s release, Bloomberg reiterated past statements that he was wrong about the policy at the time.

“By the time I left office, I cut it back by 95%, but I should’ve done it faster and sooner. I regret that and I have apologized — and I have taken responsibility for taking too long to understand the impact it had on black and Latino communities.”