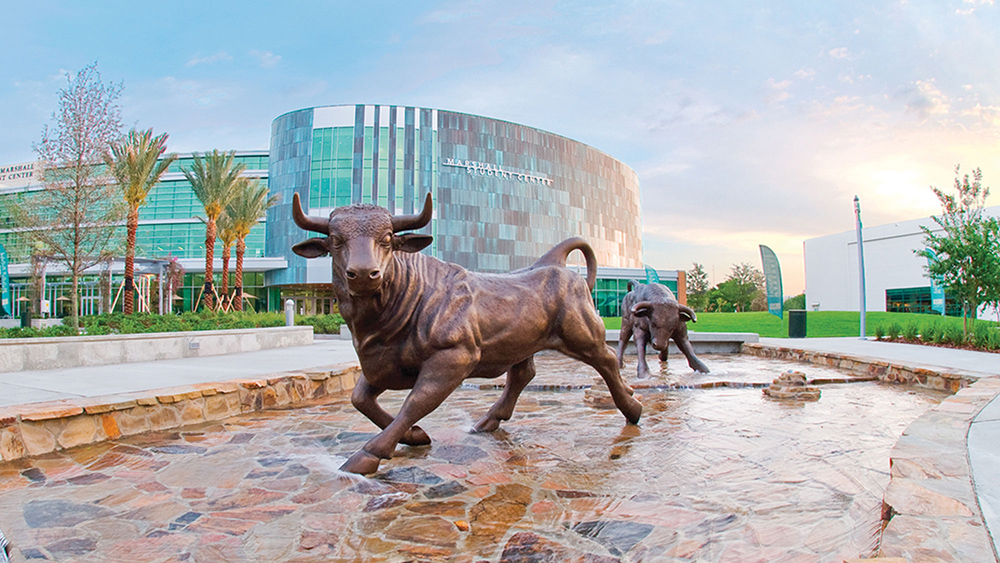 Gov. Ron DeSantis won’t say just yet if he wants New College of Florida merged with a larger university. But he asked something many in the region have quietly pondered for a week and a half.

Why not talk about the University of South Florida?

“It seems like if you were going to do something like that, USF would probably be more natural just given the location,” DeSantis told reporters outside the Historic Capitol.

Since Rep. Randy Fine unrolled a radical proposal to fold New College into Florida State University and Florida Polytechnic University into the University of Florida, that has been a frequent question.

New College sits next to the University of South Florida, Sarasota-Manatee, and both are part of the Cross College Alliance already allowing cross-registration and partnering on certain administrative goals.

And while DeSantis didn’t mention it, both New College and Florida Poly have been part of USF before. New College, founded as a private school, was brought into Florida’s university system in 1975 as part of USF and remained until becoming independent in 2001. Florida Poly started as a satellite campus for USF before being gaining its independence in 2012.

Rep. Margaret Good, a Sarasota Democrat pushing to retain the New College’s independence, said she felt FSU President John Thrasher’s testimony to the Legislature last week showed he was caught off guard by the plan.

All lawmakers in the Sarasota-Manatee area where New College is headquartered (with the extremely notable exception of Senate President Bill Galvano) have come out publicly in favor of maintaining the status quo with the school.

But many fighting fundamentally for the school’s independence suggest it made little sense to fold New College into Seminole Country. While FSU runs the Asolo Conservatory and manages The Ringling property next to New College, the main FSU campus sits in Tallahassee, roughly 300 miles away.

Fine, though, has asserted the school is not sustainable, and it costs more per degree to educate every New College graduate than it does at the larger institutions.

As far as that goes, DeSantis offered little solace for those seeking to keep New College a stand-alone piece of the university system.

“At the end of the day, we have a lot of good things going on with the universities, but we can’t necessarily be all things to all people,” DeSantis said. “So if there are ways to do it that are more efficient, I’m certainly willing to look at it.”

But he made a strong case to the Capitol Press Corps that USF would be a perfectly suitable home for the school.

“The engines for the state have been, of course, UF, FSU and USF,” he said. “I mean, USF is a top 50 university, and the fact that USF is anchored in one of our major metropolitan areas, to me I think means that they have potential to do a lot of great things in the future.”

Fine has said the greatest concern merging the two schools back into USF is the fact the Tampa-based university is in the midst of another consolidation already. Two branch schools that earned independent accreditation, including USFSM, are in the process of being reconstituted under a single USF umbrella.

DeSantis stressed the success of any merger depends fundamentally on how it would be done.

“So I’m not endorsing anything,” he said, “but I’m always open to ways that we can have the dollars go further, and that our university system is really fulfilling the mission that I think taxpayers want, which is to prepare these students to be able to be successful.”