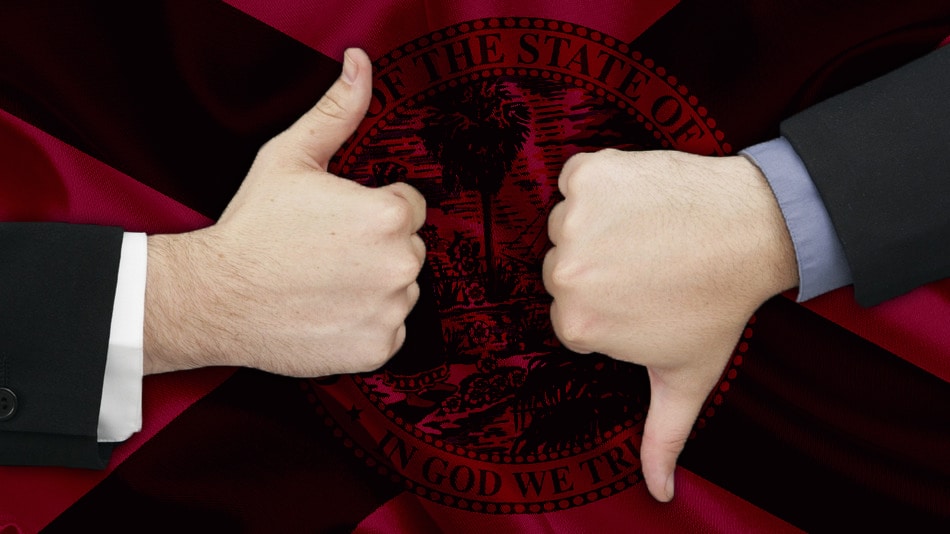 Steve Schale (and Joe Biden) trending up. Florida Department of Health, uh, not so much.

I know, where did the day go? An extra hour of sunlight at the end of the day is lovely, but that raises a question. What happened to that push by Florida lawmakers in 2018 to make Daylight Saving Time permanent in the Sunshine State?

It needs congressional approval, which means it will never happen. So, plan on springing forward and falling back for the foreseeable future.

By the way, don’t forget to check your smoke alarm batteries.

With that, we move to the real purpose of this weekly exercise. We pick political winners and losers in the state, so let’s get going.

Winner: The happiest person in Florida must be Democratic political strategist Steve Schale. He is the state’s leading tub-thumper for Joe Biden, and just a couple of weeks ago, things weren’t looking so good.

But then came South Carolina and Super Tuesday, and now Biden is the front-runner. Biden could put a stranglehold on the nomination with a big win in the Florida Primary.

Schale could be a key player in November when Democrats try to turn a purple state blue.

Let’s not get ahead of things, though. Let the man enjoy the moment.

Honorable Mention #1: Sen. Joe Gruters had a good week. He helped derail a bill that would have merged New College and Florida Polytechnic University with the University of Florida. New College, located in Gruters’ hometown of Sarasota, had strenuously fought against the bill.

But he got an even more significant victory when Peter O’Rourke resigned his position as executive director of the Republican Party of Florida after seven months on the job. O’Rourke was Gov. Ron DeSantis’ choice to lead the Party, but his exit leaves Gruters, who is chairman of the Florida Republican Party, firmly in control.

Honorable Mention #2: The SpaceX team pulled off its 50th successful rocket re-entry and landing Friday at Cape Canaveral. The Falcon rocket sent 4,300 pounds of equipment and supplies to the International Space Station before the first-stage booster returned safely to Earth despite gusty wind conditions.

But now, for something not so outstanding, we turn the page.

Loser: The Florida Department of Health had a dreadful week. First, it waited 24 hours to inform the public after learning the COVID-19 virus had infected two Florida people. By the end of the week, there were additional cases, and two people had died.

The state is monitoring many other people.

The lack of transparency and the health department’s sluggish response brought new scrutiny on Surgeon General nominee Scott Rivkees, who lacks public health experience and has not been approved by the Senate.

Dishonorable Mention #1: Florida U.S. Rep. Matt Gaetz thought he was funny by wearing a gas mask before voting on an $8.5 billion package to combat the Coronavirus.

There’s nothing quite like making fun of a deadly bug, right? 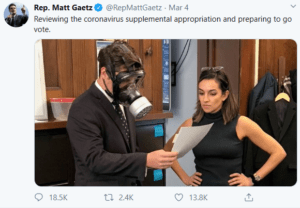 But then came the news that one of two Florida victims of the virus was from Santa Rosa County in Gaetz’s district.

Dishonorable Mention #2: The news that Mike Bloomberg ended his presidential campaign was terrible news for the bottom lines of local TV stations throughout the state. By early February, he already dropped more than $11.5 million on 11,000 TV ads.

Don’t weep too much for them, though.

Bloomberg has pledged to spend whatever it takes to elect Biden, and the other guy – President Trump – has some money too.