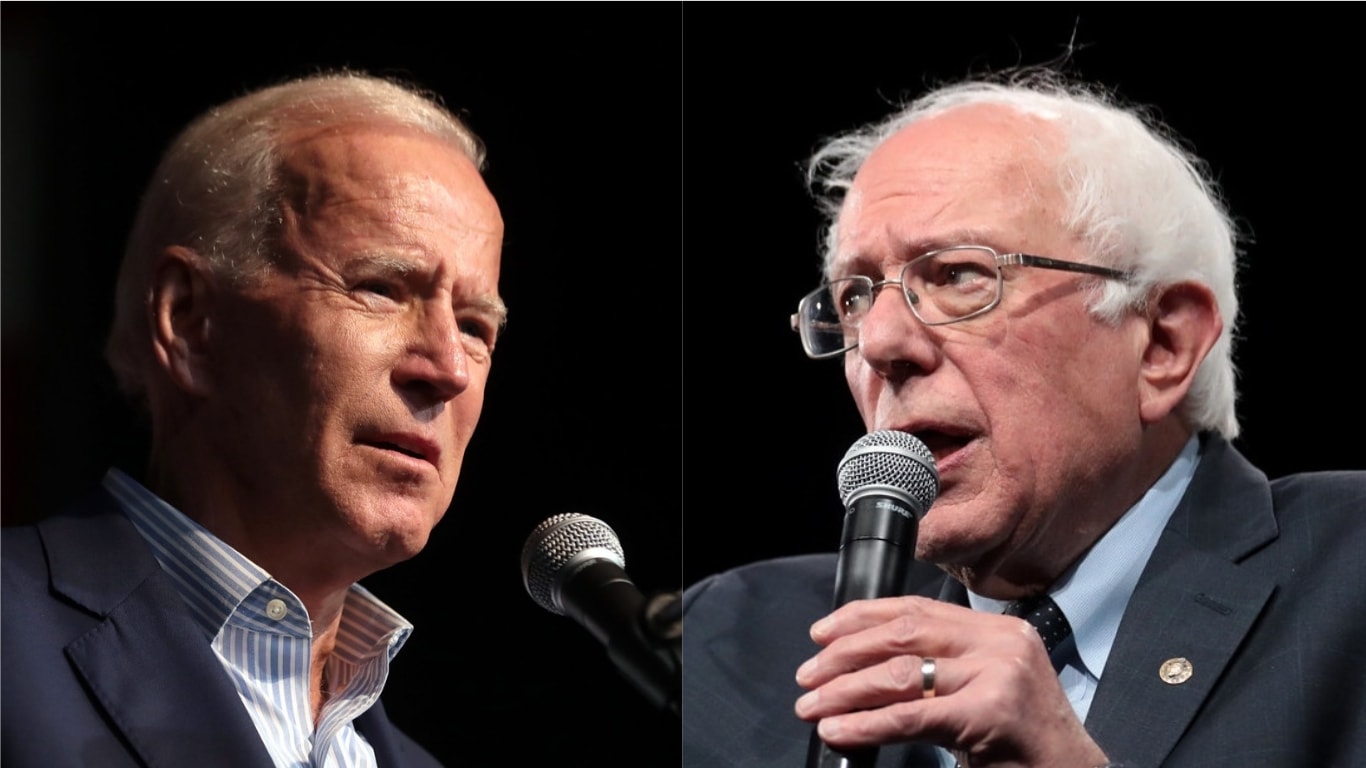 Vermont Senator has yet to crack that threshold in a St. Pete Polls survey.

The biggest question about Florida’s primary Tuesday isn’t whether Joe Biden will win. It’s if Bernie Sanders can crack 15%.

Biden’s 55% lead shows continued growth in the state for the Democratic frontrunner, who enjoyed a string of electoral successes since winning South Carolina last month.

St. Pete Polls found strong support in Florida for Biden since January, but identified Mike Bloomberg as his greatest threat. As the New York billionaire blitzed the state with ads in February, the polling outfit for Bloomberg surged ahead of Biden. But he quickly fell back to earth after a poor performance at his first debate in Las Vegas.

Since then, Biden consistently climbed in standings. The now-Democratic frontrunner claimed just 26% support in Florida at his mid-February nadir, but now scratches for 70% as he hits a zenith.

Meanwhile, the neither-Biden-nor-Bloomberg field demonstrated little movement over the past six weeks.

As candidates Bloomberg, Pete Buttigieg, Amy Kobuchar and Elizabeth Warren dropped out, most of their support appeared to consolidate behind the former Vice President.

Poll results last week showed 61% of likely voters favor Biden with 12% backing Sanders. This week’s results mark an 8% gain for Biden and a 2% rise for Sanders.

But that still puts Sanders under a 15% threshold needed to guarantee Florida delegates at the Democratic National Convention.

Florida has 219 delegates at stake in the primary. Of those, 76 will be given out based on the statewide vote, but only to candidates who crack the 15% threshold.

Other delegates will be awarded based on performance within Congressional districts. The St Pete Polls survey found Sanders performing better in college towns like Gainesville and Tallahassee than statewide, with the underdog winning 23% or greater support in those markets, so it’s unlikely he leaves Florida empty-handed.

But Biden’s popularity here crushes Sanders, and has for some time.

More than 34% of respondents already cast their ballots for the Florida primary. Of those, 60% voted for Biden, while less than 11% voted for Sanders. About 14% voted for Bloomberg, 5% for Buttigieg and 3% each for Warren and Klobuchar.

St. Pete Polls asked those who have yet to vote who they will choose between Sanders and Biden; 74% chose Biden compared to 15% who picked Sanders and 11% who would not answer.

Notably, 19% of those who did cast their ballots and now wish they could change their vote to Biden, while just 9% would shift their vote to Sanders.

Affirming polls in other states, Biden’s greatest support comes from black voters, where more than 75% favor him and less than 9% pick Sanders.

Even in the youth demographic fueling the Sanders movement nationwide, the support doesn’t translate inn Florida. Among voters age 18 to 29 in Florida, 69% favor Biden and less than 16% prefer Sanders.

The poll was taken between March 6 and March 8. Pollsters report a 2% margin of error.