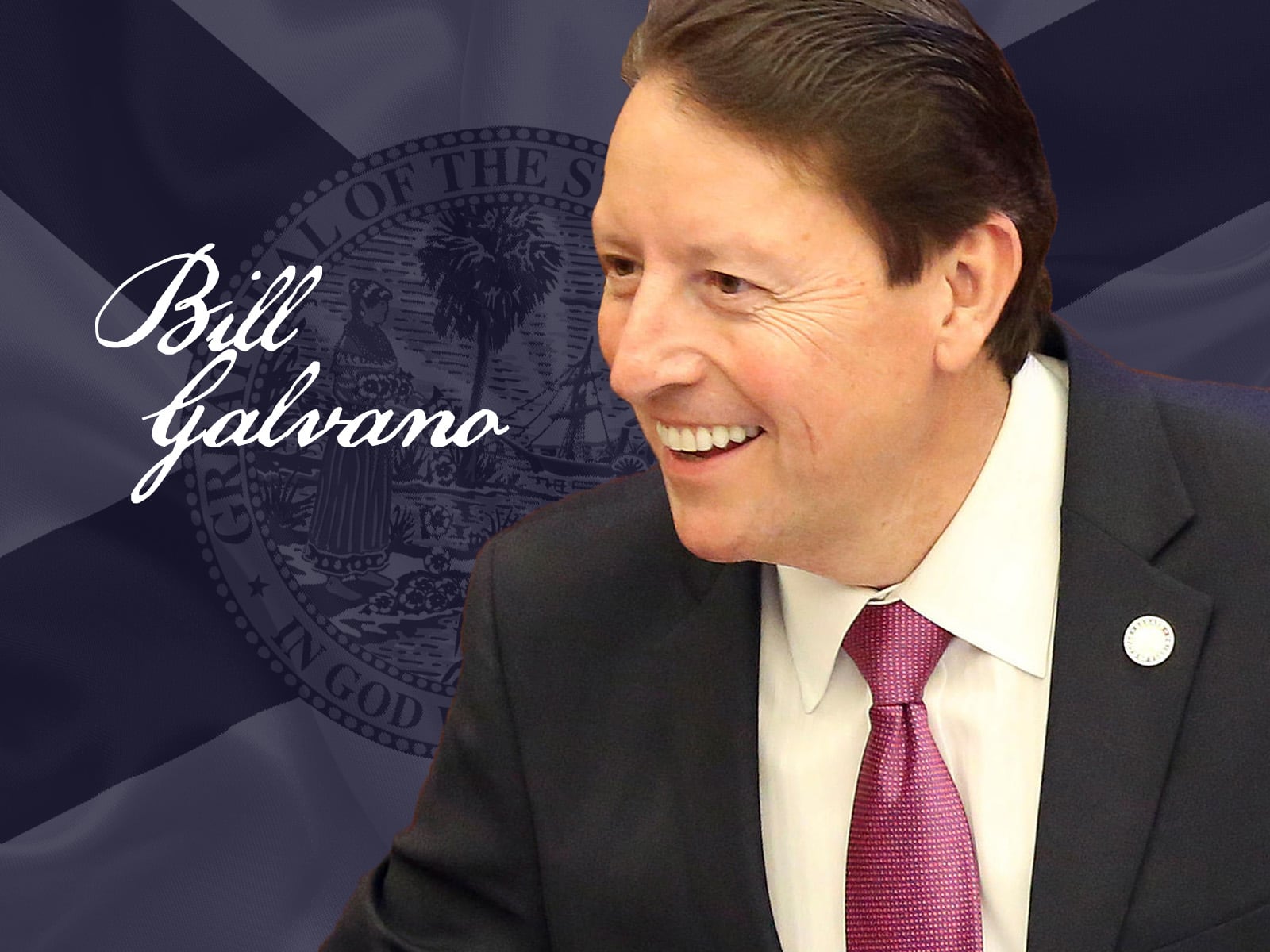 Tributes mounted from all over the chamber.

Senators bid farewell Thursday to a man they think of as a statesman and a leader … and a friend.

Outgoing Bill Galvano’s farewell video kicked off with a snippet of “Sharp Dressed Man” by ZZ Top, before fading into a photo montage set to “My Way” by Frank Sinatra.

Appropriate: A little bit rock-n-roll, but in the end, cool and composed.

Galvano kept his remarks brief, recognizing family, staff, and fellow Senators, with tributes to virtually everyone who has helped him, becoming audibly emotional at more than one moment.

“Relationships matter,” Galvano said. “The more you build on, the more you bank, it’s like deposits of good will.”

His words were measured, but the sentiment was real. As was the self-effacement. He credited everyone before himself, calling himself at one point a “traffic cop.”

But Senators went with the Sinatra sentiment. The outgoing President did it his way, for the betterment of the chamber and the state, Republicans and Democrats agreed.

Senate President Pro Tempore David Simmons extolled the “wonderful, wonderful President,” noting that he fulfilled every promise he made to the Senate.

“He is the President that fulfilled the destiny of a golden age in the Senate,” Simmons said. “He’s not only a leader, he’s your friend.”

“The great ones, the best of the best … their names aren’t listed on a plaque in this building, their names are repeated as a standard by which others are measured,” Bradley said.

“The Florida Senate is strong and steady, firmly entrenched in our system of Government,” Bradley added, “and that’s because of you … a highly skilled public policy maker.”

“I want to thank you,” Bradley said, “for making me proud to be a Florida Senator.”

“He’s got swag,” said Lizbeth Benacquisto, lauding him as a “man’s man” and a storyteller without peer, and devoted to his family as a “unit.”

“You’re a man without time … without place … without season, because you belong everywhere and to everyone,” Benacquisto enthused.

Sen. Debbie Mayfield likened him to “the Godfather,” the ultimate problem solver.

“You did it your way,” Mayfield contended.

As a P, she had about given up hope.

“Finally, he said ‘you’re going to be in Room 330’,” Passidomo said, realizing after some moments she would be Majority Leader.

Passidomo lauded Galvano’s understanding of the “member-driven process,” including ensuring that members could have wins.

Senators presented him with a copy of SB 7068, the M-Cores road program that is his signature legislation.

“I’ll go to battle with you any day. I’ll hold your scarf,” Book said.

That was a reference to a “spirited conversation” Galvano had with Corey Lewandowski over whether Donald Trump or the high-powered Florida Republican Senatorial Campaign Committee drove 2016 turnout,  during which Galvano allegedly said “hold my scarf.”

“You had that one brief moment where Sen. (Jeff) Brandes had to ‘hold your scarf,'” Lee said, “but that was outside the state of Florida.”

“The measure of a great leader,” Lee said, is “restraint.”

“You’ve created civility in this chamber. You walk the walk, and I’m grateful for that,” Lee closed.

The portrait was unveiled, leading Senate Democratic leader Audrey Gibson to quip that while the Senate President portrait “wasn’t the one she wanted,” as she wanted to be President herself, “it couldn’t have happened to a nicer person.”

Galvano was gifted a Hawaiian cruise, which may be delayed given a certain global health pandemic.

“Hopefully that’s good until 2022,” Galvano quipped, “I may take the Surgeon General with me.”