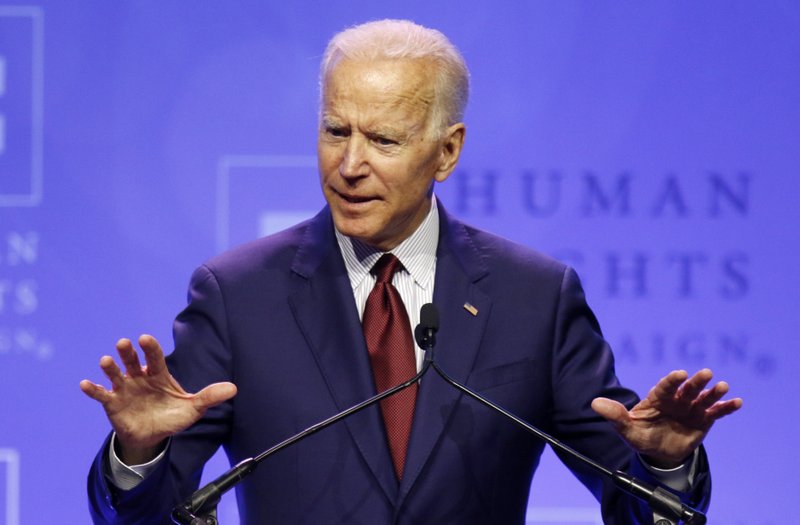 Florida will be the largest prize in Tuesday’s Democratic primary contests, and former Vice President Joe Biden has led the polls.

But even with a shot to knock Vermont Sen. Bernie Sanders completely out of contention, Biden has stayed out of the state because of the coronavirus pandemic.

Instead, Biden’s Florida campaign arm dedicated its efforts to mobilizing supporters through online and phone efforts.

The campaign has sent directives to its Florida team to find “new and creative ways” to assemble a diverse coalition in the state. That has included investment in digital platforms and the heavy use of texting and phone banks.

In lieu of large-scale rallies and community events, the campaign turned its efforts to the virtual world.

Dr. Jill Biden, the candidate’s wife, canceled a fundraiser in Orange County. But on Monday, she and Agriculture Commissioner Nikki Fried hosted an organizing call with campaign volunteers.

“We have to beat Donald Trump,” the First Lady hopeful said. “But we can’t do it without you. People often say to me, Jill, I’m scared and I want to do something, but I’m just one person. The answer is all around us, in every person who cares enough to fight. One phone call can change a mind, one conversation can change a vote, and one ballot can change an election. We need you to keep up the good work.”

Fear of a different sort has tremendously affected campaigns in numerous ways. The Florida Democratic Party on Monday announced it would cease face-to-face fieldwork.

Florida right now has the fifth highest number of positive COVID-19 cases of all the states, according to the Centers for Disease Control and Prevention.

But the campaign has continued to roll ahead, just more often from laptop keyboards than neighborhood canvassing events.

On Friday, the campaign launched its Florida Todos Con Biden groups to reach out to various Hispanic voter communities.

“It is so important to show our widespread support across our communities now before we turn to the general election when we intend to win from Florida,” Alex said. In all of these states voting on Tuesday, we have the chance to change the narrative that Bernie Sanders is the preferred candidate for Latinos. It’s up to us.”

The virtual campaigning, though, may have helped engage some campaign surrogates busy in Tallahassee wrapping up the Legislative Session.

Sen. Victor Torres, a Kissimmee Democrat heading up the Boricuas con Biden outreach to Puerto Rican voters in Florida, said the campaign was soldiering ahead regardless of pandemics.

“We are still very much engaged here in Florida,” Torres said. “We cannot allow this President to continue in office. I’ve never seen in my lifetime a President who hasn’t fulfilled his duties to the country and to his constituents. We cannot allow Donald Trump another four years. Joe has the best plan for our country. He is battle tested and will be ready on day one. I hope we all join together to deliver the largest Hispanic turnout here in Florida for Joe Biden on March 17.”

“We Columbians tend to vote Democratic but let’s not take that for granted,” she said. “We must continue to defend our democracy. This crisis reminds us of the importance of electing the right person to take us away from this nightmare we are living in. For that reason more than ever we need someone like Joe Biden who has experience, who can bring us together and calm us.”

Monday night, Joe and Jill Biden hold an 8 p.m. “tele-town hall” where they plan to engage with voters in Florida, Arizona, Illinois and Ohio.

But the results of such remote campaigning should become clear as polls close Tuesday night.

previousWrestleMania in Tampa canceled, moved to closed facility in Orlando