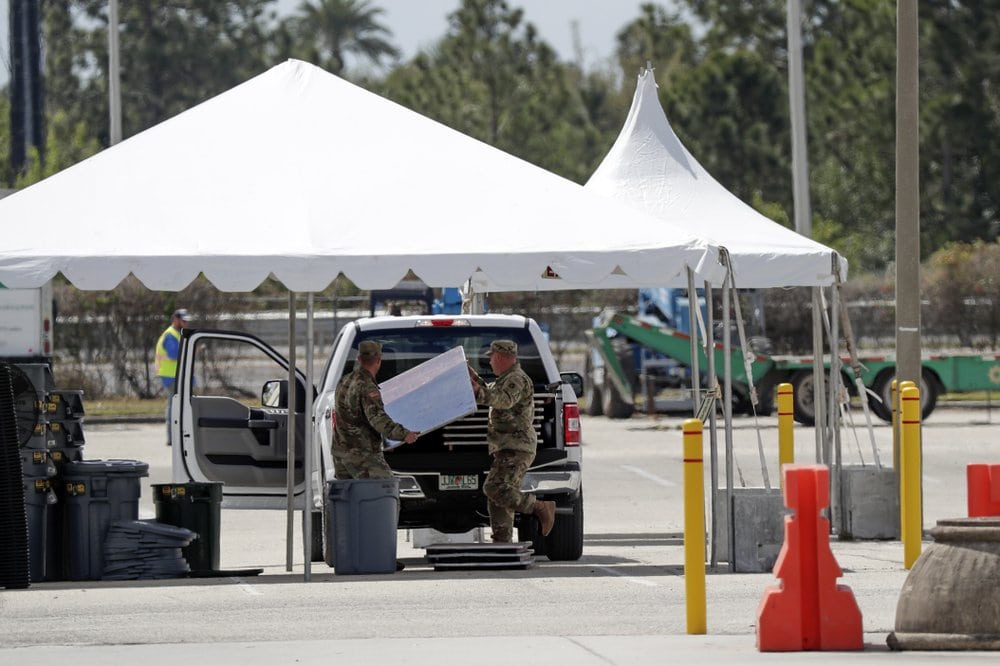 There's not much left open in Florida.

Gov. Ron DeSantis banned all onsite dining at restaurants statewide Friday and the Seminole Tribe closed its casinos, the latest virus -related closures affecting a state that is heavily dependent on tourism and consumer spending to pay its bills.

The governor’s order allows restaurants to still provide take-out and delivery. He had already closed the state’s bars to onsite sales. He also banned all non-emergency medical and dental procedures to preserve face masks and other disposable protective gear. Those supplies are used by doctors and nurses but are in short supply.

Some cities and counties statewide had already banned beach-going and set restrictions on bars and restaurants, including Miami-Dade County, the state’s most populous.

Two other large states have gone even farther than DeSantis: California and New York have ordered nearly all residents to stay home.

As of Friday , Florida now has 520 confirmed cases of the new coronavirus, 70% of them in neighboring Miami-Dade, Broward and Palm Beach counties, the state’s three most populous. That is about a 30% jump since Thursday. There have been nine deaths statewide.

The Seminoles’ six casinos generate billions annually and employ 14,000 people. As a sovereign tribal nation, the Seminoles did not have to heed the governor’s orders, but the tribe said in a statement it no longer felt operating the casinos was safe.

At the tribe’s Hard Rock Casino near Fort Lauderdale on Friday afternoon, vacationers, diehard gamblers and bored locals enjoyed the last few hours of play but the noisy clangs from the machines were muted. Nearly half the machines were disabled to force players, some wearing gloves, to use machines at least 6 feet (2 meters) apart.

Victor and Alyssia Fletcher sat at the Hard Rock playing the “Betti the Yetti” slot machine after 90 minutes of black jack. They had driven from Norfolk, Virginia, to celebrate their first anniversary in Miami only to be greeted by closed doors everywhere.

“The bars are closed. We can’t go to the clubs and do any partying,” said Victor Fletcher, a 28-year-old chef. Even the aquarium closed, so they had come to the casino. Now it too was closing.

“We’re trying to make the best of it,” he said.

The state, which has no income tax, receives a large portion of its revenue from sales, hotel and other taxes paid not just by residents, but by the approximately 120 million people who visit Florida annually, drawn by its theme parks, cruises and beaches. That number that will surely plummet this year because of the closures. The Legislature just passed a $92 billion budget Thursday.

Meanwhile, Florida opened its first state-run drive-thru testing facility Friday at a Broward park, where it will test health care workers and seniors with symptoms, along with those who have recently been on a cruise or traveled internationally.

It takes about 8 minutes to swab everyone in a car. The samples are refrigerated and, for now, shipped to a third-party lab for testing. It’s unclear how long it takes to return results, but officials said it’s quicker than relying on the federal labs. Memorial Regional Hospital plans to soon open a local lab that will be able to process several hundred tests daily.

Officials hope they will soon have enough supplies to test different demographics, especially young healthy adults, to get a better sense of how many people have the virus but aren’t experiencing symptoms. Officials fear they are taking fewer precautions and unknowingly spreading the virus.

According to the World Health Organization, people with mild illness recover in about two weeks, while those with more severe illness may take three to six weeks to recover.