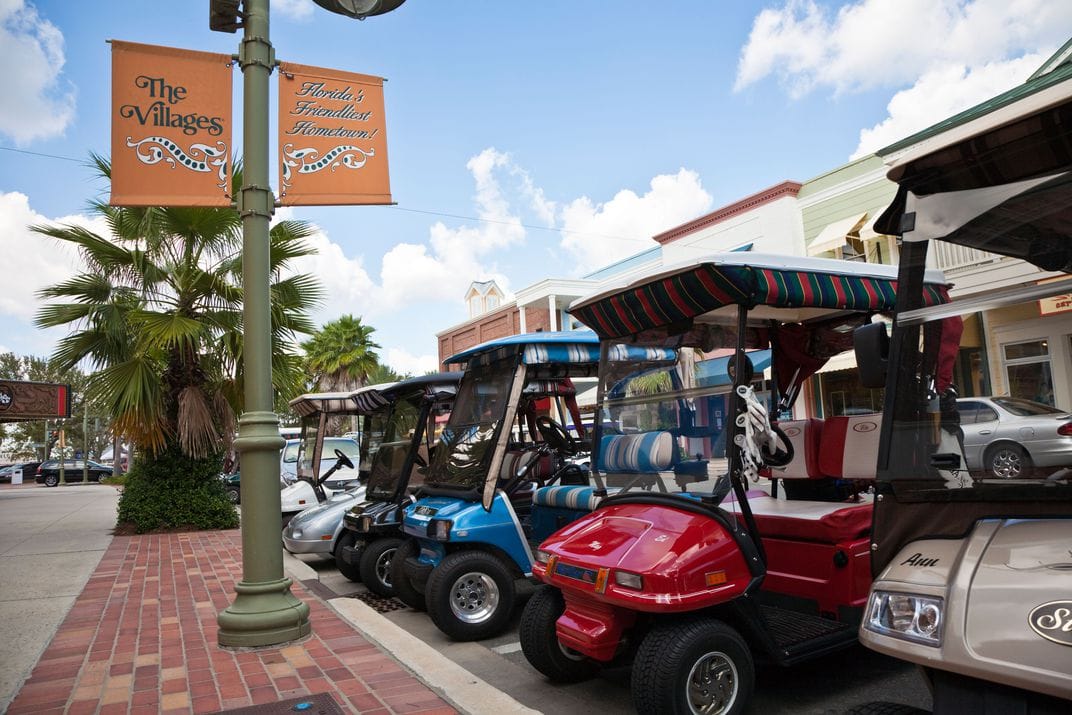 Department of Health (DoH) officials have identified five cases of community spread of the COVID-19 virus inside The Villages.

A report from POLITICO Florida first highlighted the findings by Sumter County DoH officials. The sprawling retirement community is partially located inside Sumter and crosses into Lake and Marion counties as well.

A serious outbreak inside the community could have devastating effects. Most who show symptoms from the virus develop a fever or cough and may have trouble breathing, though they do recover.

But older individuals and those with underlying health risks are susceptible to developing more severe symptoms.

Through Sunday evening, 60 Floridians have died after contracting the novel coronavirus. Nearly 90% of those deaths were individuals aged 65 or older.

This past Monday, a drive-thru site was set up inside The Villages to test members of that vulnerable community for the virus. Residents there, who often use golf carts to get around, were able to drive up in those carts to receive the testing. The University of Florida is partnering with the state on that site.

A mobile hospital containing 250 beds has also been established in the community.

In Sumter County, through Saturday night, 40 cases of COVID-19 have been identified, and 13 people have been hospitalized for it, though none has died, according to data released by the Florida Department of Health. That gives Sumter County the state’s third-highest rate of confirmed infections, with 33 cases per 100,000 residents. Only Broward County [52 cases per 100,000 residents], Miami-Dade County [53,] have higher rates of confirmed infections per capita.

The Villages spills into neighboring Lake County, where another 44 cases have been identified, with nine people hospitalized. A total of 723 people in Sumter and 971 in Lake have been tested, according to the department.

Prior to the opening of the testing site, The Villages slowly began to shut down its expansive social scene. That’s after the community — which leans Republican — had sought to downplay the virus’s affects as President Donald Trump repeatedly expressed confidence the virus would be contained inside the U.S.

Starting Tuesday, all regularly scheduled indoor activities at The Villages were canceled through the end of the month. Pool activities were called off, and the library and fitness clubs closed their doors.

Perhaps most distressing for residents, outside gatherings of more than 50 people were outlawed, putting an end to the nightly happy hour drinking and dancing in the three town squares.

“Four weeks ago, five weeks ago, it was ‘a hoax.’ It was ‘media hype,’ and people were writing, ‘Oh, it will be gone in a couple of weeks,‘” said Shirley Schantz, a retired nurse who lives inside The Villages.

“What I’ve noticed is those kinds of things have lessened a little bit.”

As of Saturday, Sumter County had seen 33 positive tests for the virus overall. Another 30 cases had been confirmed in Lake County, with Marion identifying 16 cases.

One thing that hasn’t stopped is golf; The Villages has dozens of courses.

“This is The Villages. There would be a riot if they stopped golf,” Cathie Hardy, a resident, told TIME Magazine. She gently chastised her husband, Michael, for playing golf that morning instead of staying home.