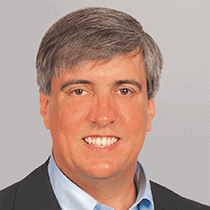 Despite testing negative for coronavirus Friday, Pensacola Mayor Grover Robinson will continue to self-isolate at his home as his son recovers from the virus.

The Mayor, who shows no symptoms of the COVID-19 disease, is sticking close to his phone and email to conduct city business while also staying busy with chores around the house. He already conducted a television interview over Facetime and his office is planning a tele-press conference for Monday.

Friday marked day one of the state’s stay-at-home order, slated to continue through the month.

“Much like everybody, we’re no different,” Robinson told Florida Politics. “But we’re still trying to get things done.”

Under city policy and following federal guidelines, Robinson will not return for two weeks pass or until he tests negative a second time. As of now, he has no plans to take a second test but may pursue it if he needs to return to work.

Pensacola City Hall will be deep cleaned and sanitized over the weekend in an abundance of caution. Before the Mayor returned home for self-isolation on Thursday, 35 others had been sent home during the pandemic, 14 of whom are still isolating.

One firefighter who took a cruise tested positive for COVID-19, and a police officer who traveled internationally is in quarantine.

The city has organized services for children and families in need with city workers platooning to make sure the entire workforce is not exposed to the coronavirus.

“Parks are still open, but we’ve taken a lot of the rec out,” he said.

But while parks are open, the city closed playgrounds this week because the city is not disinfecting the surfaces frequently enough to keep them open.

Robinson’s son tested positive Thursday after showing symptoms mid-week and has returned to his parents house to have someone close by. By the weekend though, Grover Robinson V was on the upswing. The Mayor’s daughter will also take a test.

At least 117 people have tested positive for the novel coronavirus in Escambia County, including 83 in Pensacola, with 11,111 confirmed cases statewide. A 75-year-old woman was the first person to die from complications of COVID-19 in the county, confirmed Saturday by the Department of Health.