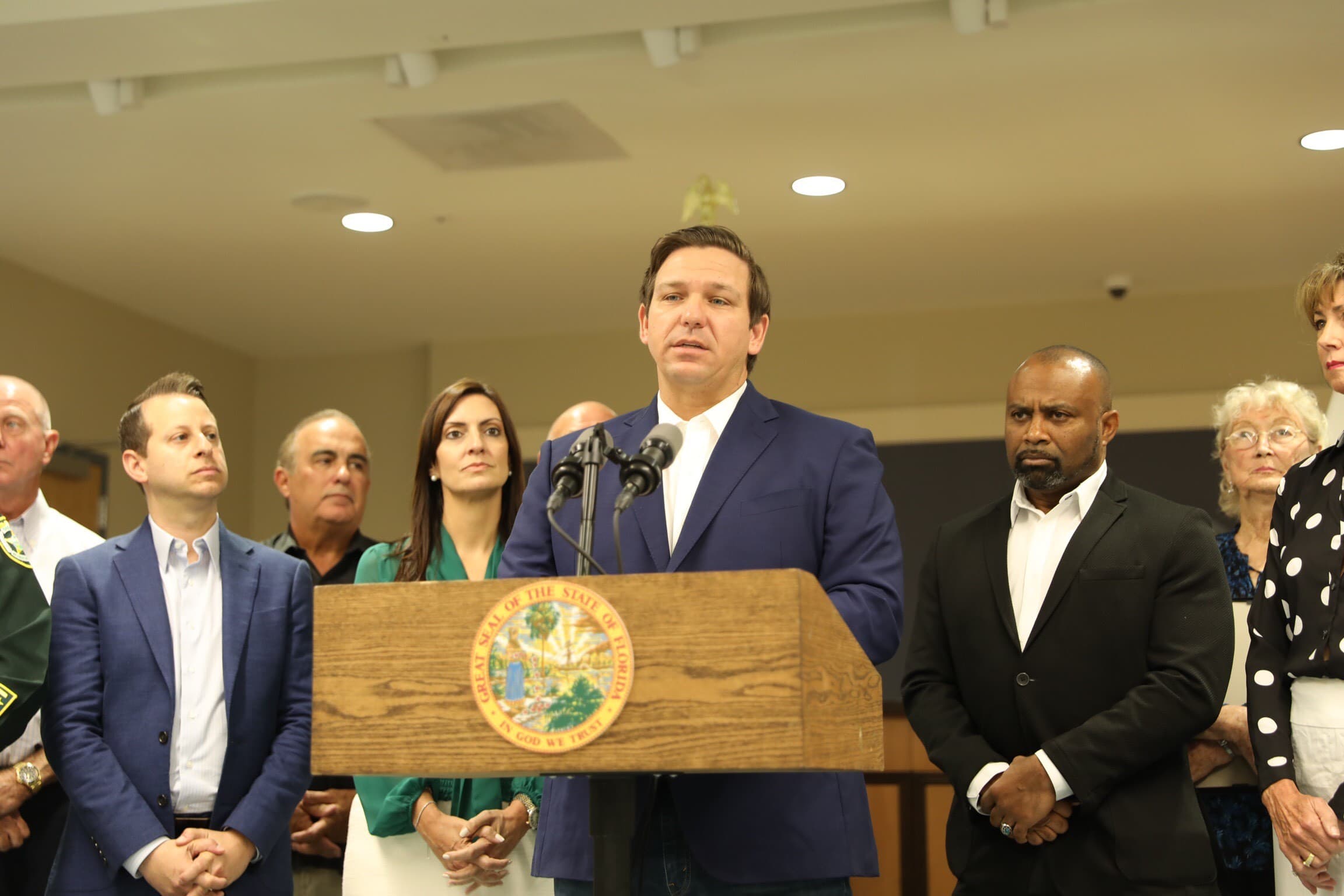 The checks are in the mail.

The Governor stressed that the benefits from Washington, a $600-a-week allotment, would be delivered via a “hard check.”

That money could come via a check or a debit card, DeSantis said.

And federal relief is coming for gig workers, the Governor said.

Though he didn’t know if they qualified for state relief, 1099s and the otherwise self-employed would be eligible for federal money via the $2.2 trillion CARES Act.

“Gig workers do qualify for the $600,” DeSantis said, before adding an interesting divergence from Washington. “Why they did it through the state unemployment system I’ll never understand.”

The federal requirements are “more liberal than what the state [requirement] is,” he added, but “most people in Florida are going to get both.”

Tuesday’s remarks continued a daily dialogue between the Governor and reporters about the unemployment system.

DeSantis said Monday that some payouts were “in the hopper right now” and “people are working hard … a lot of hands on deck at this point, and that will really help us a lot.”

Speaking Friday in Jacksonville, DeSantis likewise described his administration’s “all hands on deck” approach, including describing website improvements and paper applications as he did in Tallahassee the day before to the state press corps.

The Governor has yet to answer questions about extending the term of unemployment past 12 weeks, nor has he discussed increasing the state’s maximum payout despite calls from Democrats to do so.

On Wednesday, Orlando Democratic Rep. Anna Eskamani said DEO officials confirmed with her that the federal checks had started going out by mail.

Finally spoke to @FLDEO — For those who have been processed already as being eligible in Florida for benefits you will now get $600 check in the mail for this week that is federally funded. The check was apparently faster than anything else. 1/

However, Eskamani said DEO did not confirm whether backpay was on the way for the weeks of unemployment since the federal coronavirus relief package was passed. Questions still remain for gig workers and the self-employed as well.

The state has hemorrhaged jobs during the coronavirus pandemic, leading hundreds of thousands of Floridians to attempt to file for unemployment. For many, the application process has been fruitless.

The state website to process claims has been overloaded with users, and phone lines have been backed up. Many jobless Floridians have called the DEO unemployment hotline dozens of times a day to no avail.

Data released last week showed a record-breaking 169,885 new unemployment claims were filed between March 29 and April 4. In the past three weeks, almost 500,000 Floridians have filed first-time claims. The number of unemployed is likely far higher.

In the wake of the website’s collapse, the state has authorized the use of paper applications.

Many state lawmakers and some local governments, including Hillsborough County, have stepped up to help distribute the paper forms and help claimants fill them out — a necessity since the state jobless system lagged behind in implementing federal provisions allowing gig workers and the self-employed to qualify for the $600-a-week benefit.

Separately from the unemployment checks, the U.S. Treasury Department and IRS have started $1,200 coronavirus stimulus payments to Americans. Taxpayers for whom the IRS has direct deposit information have started receiving payments electronically. Some will be mailed a check.

The Treasury Department and the IRS rolled out a new tool on the IRS Economic Impact Payment webpage for Americans to confirm if they’re eligible for a check and how they may receive it. Called “Get My Payment,” the web-based app has the following functions:

— If you have not received your stimulus payment yet, it allows you to check the status of yours, so you’ll know when it will reach your bank account or be in the mail.

— If you filed tax returns in 2018 and/or 2019 and did not provide your direct deposit information — meaning that you either chose to receive your tax refund as a check or didn’t get a refund at all — you’ll be able to share this information with the IRS if you choose to do so.

— If your payment hasn’t been issued yet, you can confirm whether you want to receive it by direct deposit or check. (Direct deposit payments are considerably faster.)