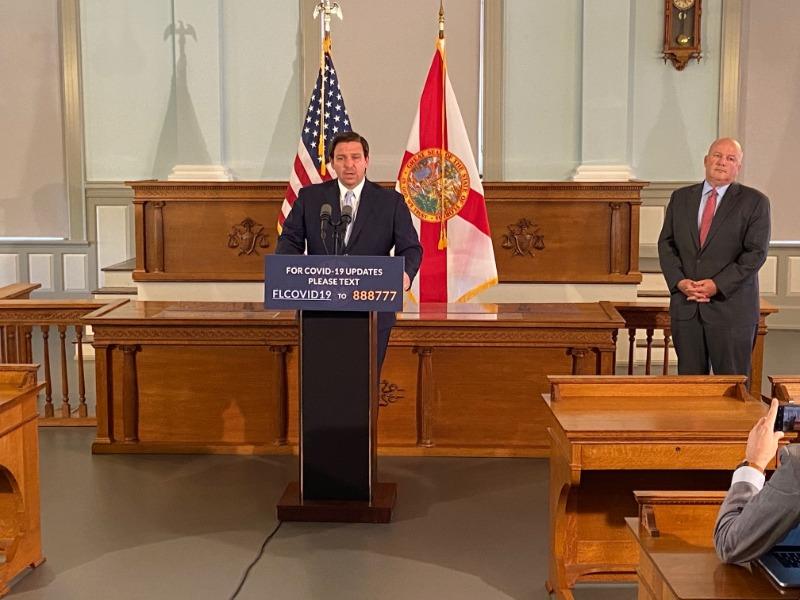 The DeSantis administration has for weeks refused to say which facilities are affected.

Gov. Ron DeSantis, after weeks of requests from the media and constituents, will release the names of long-term care facilities where cases of COVID-19 have been reported.

DeSantis announced Saturday he instructed Surgeon General Scott Rivkees to release that information. Shortly after his announcement, the administration published a list of facilities, found here. The list includes nearly 300 facilities. There are nearly 700 facilities in the state.

DeSantis said he made the decision to ensure families were aware of infections in case facilities were not providing the information in a timely fashion. He backed off previous assertions that releasing specific data could jeopardize identifying patient information, noting Saturday, “I don’t think it does.

As of his Saturday afternoon press briefing, 1,627 residents and staff members at long-term facilities had tested positive for the virus.

Long-term care facilities like nursing homes and assisted living facilities had already been required to notify residents, staff and family contacts if a known case was discovered.

“If you have one incident in a week from now and they don’t follow through with that, I don’t want to be in a situation where families don’t know,” DeSantis said.

“COVID-19 remains a rapidly-spreading virus with known community spread and because of this, transparency regarding the locations and names of facilities where cases have been confirmed is critical to public health and safety,” he wrote in a statement.

LeadingAge is an industry association that advocates for long-term care facilities and providers.

The Florida Health Care Association said their number one priority is the health and well being of patients.

“Part of the process has been open dialogue among long-term care facilities and our partners at the local, state, and federal levels,” the group wrote. “We recognize that this decision is based on the need for a transparent flow of information during this challenging time.”

However, the group defended numbers across Florida facilities arguing Florida’s total number of cases represent less than one half of one percent of the state’s overall long-term care residents and staff.

The decision comes after the Miami-Herald, after a public records request for data was not returned, informed the state it planned to sue for records. DeSantis’ general counsel reportedly asked the paper’s attorneys, through its law firm, to drop that suit.

It also comes after a nursing home in Pinellas County had a massive outbreak of the virus that wasn’t reported for days and not until Florida Politics first reported cases.

That outbreak led to 39 positive cases among residents and at least six staff members. Most of those occurred in the Freedom Square Seminole Nursing Pavilion, but the facility announced Saturday three cases were identified in another building, meaning the outbreak may continue to grow.

DeSantis said he’s also increasing the number of rapid response teams heading into nursing homes and assisted living facilities to spot check staff and residents who might have the coronavirus, but be asymptomatic.

DeSantis, early on, ordered visitations at facilities to stop to prevent the virus from entering in conditions where rapid spread would be likely.

“You may have everyone doing everything right, but you could have a staff member who is asymptomatic and spread to the resists very very quickly,” DeSantis said.