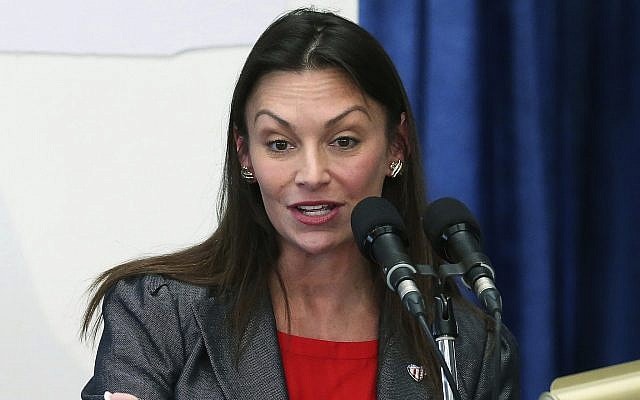 Fried is placing the safety of Floridians over the gun lobby, the group argues.

The Florida Coalition to Prevent Gun Violence is defending Agriculture Commissioner Nikki Fried in the war of words that has raged for a week over her decision to restrict some concealed weapons permits processing during the coronavirus crisis.

Pro-gun groups have pilloried Fried for “infringing” on their rights for halting online gun licensing.

The Florida Coalition to Prevent Gun Violence, a group cofounded by the League of Women Voters of Florida and The Campaign to Keep Guns off Campus, entered the fray Thursday.

“Commissioner Fried is placing the safety of all Floridians over the petty demands of the gun lobby by working to ensure that proper background checks are performed before granting a permit that will allow someone to carry a loaded, concealed firearm in public,” the coalition’s co-chairs Angie Gallo and Andy Pelosi stated in a news release. “The integrity of Florida’s concealed weapons licensing background check system must remain paramount to any baseless claims that permits are either not being run or delayed.”

The coalition, which boasts such groups as the Florida PTA, Equality Florida, the National Council of Jewish Women, and the Southern Poverty Law Center among its member organizations, contended Fried has been working to address myriad concerns raised about how the concealed weapons program was run under her predecessor, Adam Putnam, including apparent failures to run proper background checks for nearly 350,000 applications.

Still, her actions drew swift rebuke from the other side.

Unified Sportsmen of Florida Executive Director and NRA Past President Marion Hammer circulated an email this week telling members to think of the word “whiner” whenever they thought of Fried.

Fried, the only Democrat in the Florida Cabinet, later circulated a memo calling YAL a “right-wing fringe group,” disputing the National Rifle Association’s claim that she was “unlawfully exercising her anti-gun desires,” and declaring, “they can’t handle that we’ve brought full accountability and background checks to Florida’s 2 million concealed weapons licenses.”

She countered claims that she had halted processing of licenses as “straight-up not true.” Gun owners could still obtain permits, just through an altered process launched in the interest of furthering social distancing efforts.