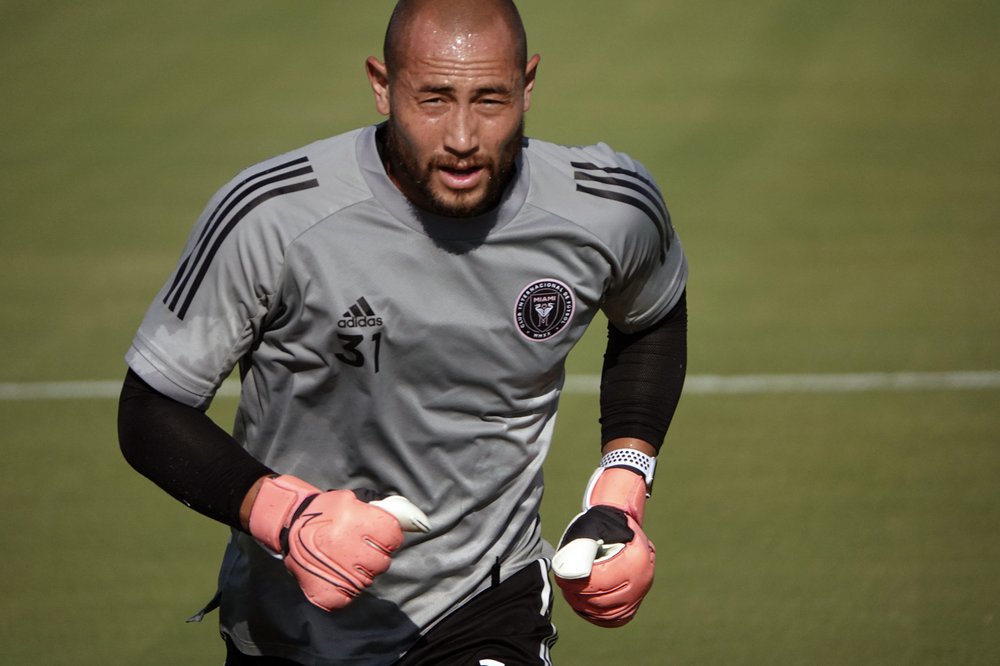 "We hope soon we can train with the full group.”

Sporting Kansas City, Atlanta United, Orlando City and Inter Miami let players in for vigorously controlled voluntary workouts on the first day they were permitted by the league.

Nashville, Real Salt Lake, LAFC, Houston and Portland are among the league’s 26 teams that plan to start Thursday, with more lined up next week.

In Orlando, the entire roster showed up.

“Of course it’s the first step but we have a long way,” said Orlando City midfielder Mauricio Pereyra. “This is the beginning. We are training alone, and then we will have small groups and then we hope soon we can train with the full group.”

Other North American sports are poised to follow MLS. The NBA is opening facilities for small groups Friday in places where local restrictions are eased. NASCAR is bringing back live racing at Darlington Raceway on May 17 without fans in attendance. UFC will host the first of three shows without fans in Jacksonville, starting Saturday. The National Women’s Soccer League has also started to allow individual workouts.

MLS suspended the season because of the coronavirus pandemic on March 12, closing all team facilities but asking players to remain in market with their teams. A league-wide moratorium on group and team training remains in effect through May 15 and it’s unclear when the season might resume.

When MLS announced Friday that individual workouts would be allowed, it required teams to get league approval before starting. Many haven’t completed the process yet. Numerous other teams are in areas still under stay-at-home orders to limit the spread of COVID-19, or are awaiting approval from local health authorities before moving forward with their plans.

Sporting Kansas City advocated for giving players individual access to private team facilities for safety reasons. They could get recognized and approached in public parks and other fields are not well-groomed and could cause injury.

“This is individual workouts with private field access only. If you think of it that way, you’re thinking of it based on putting the player safety first,” Sporting coach Peter Vermes said. “And again, this is a much safer environment than the alternatives they have.”

“We have been playing on terrible park fields and trying to find a place that has at least some sort of surface to play soccer on. But these fields are rock hard, they’re so bouncy. It’s almost impossible to do any of the drills that we’re trying to do on these fields,” he said.

Some teams simply can’t open up for workouts just yet. In Seattle, which was hit hard by the coronavirus, stay-at-home orders are in place until May 31. Many other states and cities also have similar orders in place.

“I think it’d be good for the guys, they run around on the grass. I’m sure that they are going to want to do something,” Sounders coach Brian Schmetzer said. “Now the flip side of that is that if we start now but games are still down on the horizon, well guys are going to be tired of dribbling around cones for an hour a day. That’s not much fun for them either. So we’re trying to keep both of those mindsets in our thoughts of how we roll out this training and what do we do and more importantly, what are we allowed to do at the appropriate moments.”

MLS protocols for the individual workouts include restricting facilities to essential staff, disinfection of all equipment after each session, screening measures including temperature checks, and staggered player and staff arrivals and departures, as well as designated parking that ensures proper distancing.

Players are still not allowed access to indoor facilities, such as locker rooms.

They must also wear personal protective equipment such as masks upon arriving and departing from the fields, while staff will be required to use such equipment at all times. Staff must maintain a distance of 10 feet from players at all times.

“We got a lot of information last night about the process, and it’s a tedious one but it’s an important one because we want to make sure that we’re exercising every safety precaution,” Inter Miami goalkeeper Luis Robles said.

Practice fields can be divided into four quadrants, allowing multiple players to train, but only under guidelines that restrict contact and ensure social distancing.

“They’ve taken very good measures at the club to take care of us and the staff also. As long as we’re being careful it’s perfect because we have families and we have to protect them,” Martinez said. “It’s a good start for everything that we’re going through, which is very difficult.”

The return to individual workouts came on the day Vancouver’s Yordy Reyna started a 14-day quarantine after breaking physical distancing protocols. The Whitecaps said the club has made MLS aware of the incident and will remain in contact with the league office.

Vancouver said Reyna’s quarantine was “ordered by club officials, in consultation with the team’s medical staff, after contravening club and league orders to abide by provincial physical distancing guidelines.”

The next phase for MLS would be small group workouts, but there is no timetable for that because of the fluid situation involving the coronavirus pandemic, as well as limited access to testing.

“We’re just really grateful,” Robles said. “We’re really thankful that we have found a way to be here, and that you can at least see the guys from a distance and we are in a sense, working together. It’s just nice to be back at our facility.”