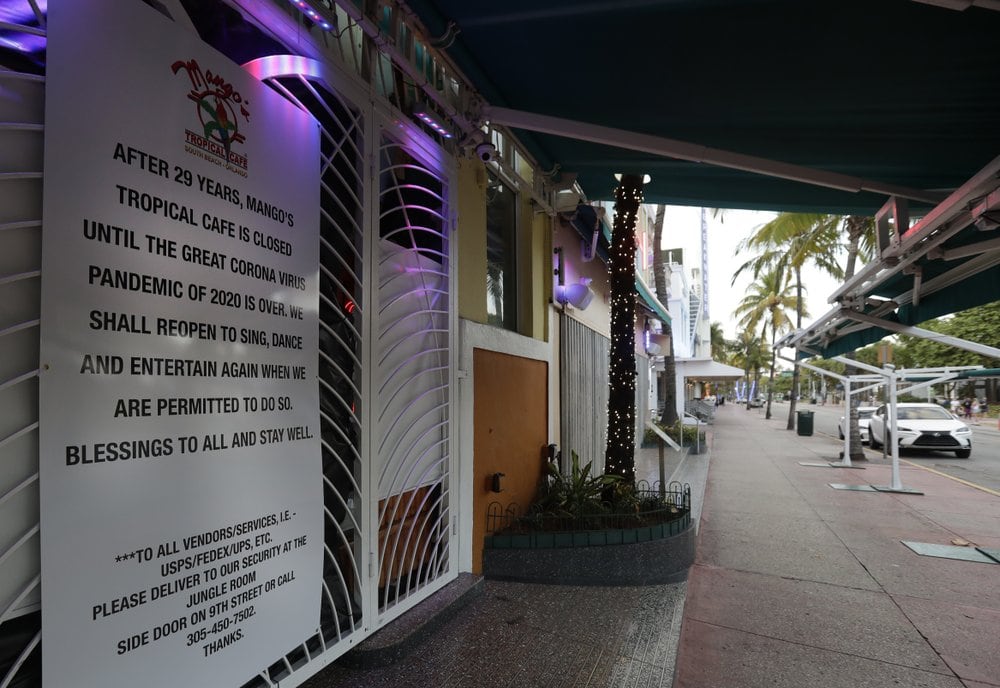 Beaches would remain closed until at least June under the plan.

Miami, Hialeah, Miami Gardens and Miami Beach are targeting May 20 to begin reopening parks and some businesses as the state continues Phase One of its reopening plan, according to a report from the Miami Herald.

Those are the four largest cities in Miami-Dade County. Doral is targeting the same date. Beaches would remain closed until at least June under the plan.

Leaders of those cities held a virtual conference Wednesday afternoon to discuss the proposal.

At a separate Miami Beach Commission meeting, the city said barbershops, museums, nail salons and retail stores will begin opening on May 20.

Restaurants in Miami Beach, however will stay closed for in-person dining until May 27. Businesses must test employees for the novel coronavirus before opening and must continue those tests once per month.

The county hopes to begin reopening its economy on May 18. Several of the large cities have moved slower than the county overall, however.

In late April, Miami-Dade announced efforts to reopen parks, marinas and golf courses — with social distancing measures still in effect. Despite the county giving the OK for parks to reopen, Miami, Hialeah and Miami Gardens kept their parks closed.

Those areas have been hit particularly hard by the virus. As of Wednesday morning, Miami and Hialeah have the largest number of coronavirus cases among all Florida cities.

Miami Gardens is 23rd with 314 cases as of Wednesday.

Miami-Dade County is still finalizing restrictions that will remain in place once businesses begin to reopen.

When Gov. Ron DeSantis announced Phase One of the state’s plan, he limited restaurants and retail stores to just 25% capacity. Several other businesses — such as gyms and bars — remained closed entirely.

Those orders did not apply to South Florida’s tri-county area of Miami-Dade, Broward and Palm Beach because those counties have consistently been atop the state’s count of confirmed cases.

In a Tuesday meeting of the Broward County Commission, some commissioners pushed for easing restrictions further than the Governor has so far. For instance, some commissioners were in favor of allowing restaurants to operate at 50% capacity — rather than 25% — assuming those establishments could comply with social distancing rules. That plan could be preempted, however, because it would contradict the superseding state order, unless DeSantis launches Phase Two before then.

It remains to be seen how far Miami-Dade will push in its reopening plan. Officials in Miami, Hialeah, Miami Gardens, Miami Beach and Doral are awaiting the county’s plan before finalizing their own May 20 proposal.