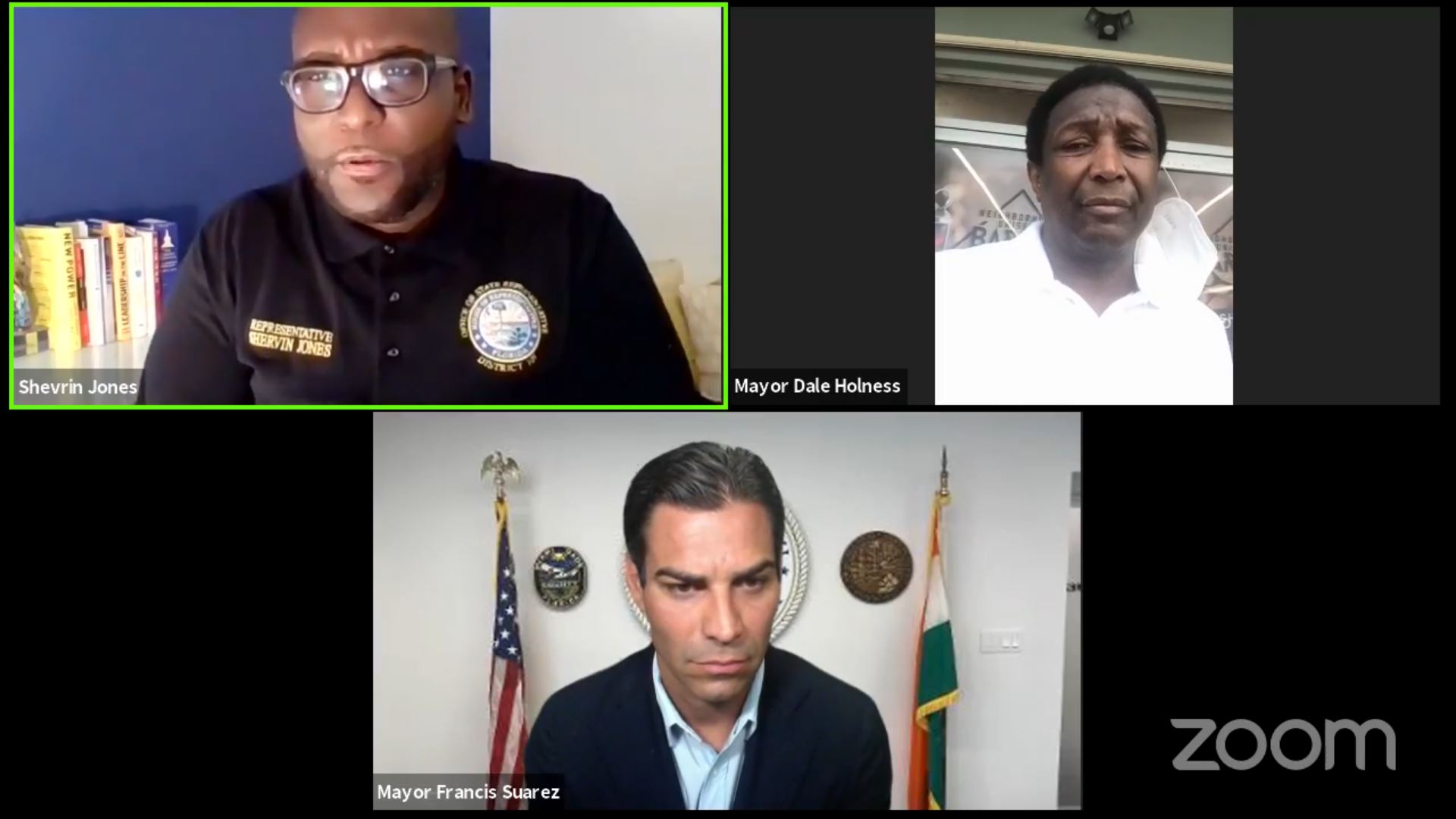 As South Florida transitions into Phase One of reopening Monday, a pair of local leaders is urging residents to maintain social distancing practices to ensure the region does not experience another spike in cases.

Such a spike could lead to the region pulling back on reopening measures.

“There’re two paths,” explained Miami Mayor Francis Suarez. “The path of responsibility takes us to Phase Two and the path of irresponsibility brings us right back to where we started. And that would be devastating.”

“It’s affecting all of us in some way or the other,” Holness said of the outbreak.

“So we must work together across every line — whether it be ethnic, geographic or otherwise — to ensure that we beat this virus. It’s in our best interest that we all work together as we go forward.”

Last Thursday, Gov. Ron DeSantis signed off on plans allowing Broward and Miami-Dade counties to begin the first phase of reopening their respective economies. The two counties — along with Palm Beach — had been exempted from the state’s original Phase One plan because the region has consistently led the state in confirmed COVID-19 cases.

Data shows the spread has slowed throughout the state, however, which has allowed officials the opportunity to test a partial reopening.

Suarez said a spike in cases would show that the test has failed, causing the city to return to shutdown mode.

“I know we don’t want to be closed one day longer than we have to,” Suarez stated.

“We don’t want to have to reverse any of the things that we’ve done. So we’re hopeful that people are responsible.”

Holness echoed those concerns while expressing support for the reopening attempt.

“A lot of people wanted us to do this because it has been crippling on the economy, [and] it has been devastating on the health of our people,” the Mayor explained.

“But I want everyone out there to understand that we still need to maintain the social distancing. Wear your face covering. Do all the things that the CDC asks you to do that you’ve been doing that got us to this point.”

While Miami-Dade County is allowing cities to begin a partial reopening Monday, the city of Miami is taking a slower approach. The city is opening up most businesses Wednesday and delaying restaurant openings until next week.

Gyms would not reopen under the current plan, but Suarez said he’s looking forward to getting those facilities at least partially open.

“People’s health and wellness is a huge part of beating COVID-19,” Suarez said before recounting his own battle with the virus.

“I can tell you, I had COVID-19 and I think in part because of my health and the fact that I work out regularly, that was part of the reason why I did so well with it.”

Suarez pitched allowing workout classes in gyms to open up first. Miami would then wait until a later phase to reopen the open floor portion of its gyms.

Jones and the mayors also emphasized the role of testing in continuing to moving forward with a phased reopening.

“Testing sites have opened all across Miami-Dade County and in Broward,” Jones explained.

“Making sure that we have enough testing sites is the most important thing.”

Suarez seemed optimistic on that front, saying the city has “much greater testing capacity” than demand currently. Holness added Broward County is looking to conduct antibody testing to help track how widely the virus has already spread throughout the county.

“That will give us more data that we can analyze and utilize, especially as we go into Phase Two to know how many people really have had the virus, where it’s been the most and where it could be still now,” Holness said.