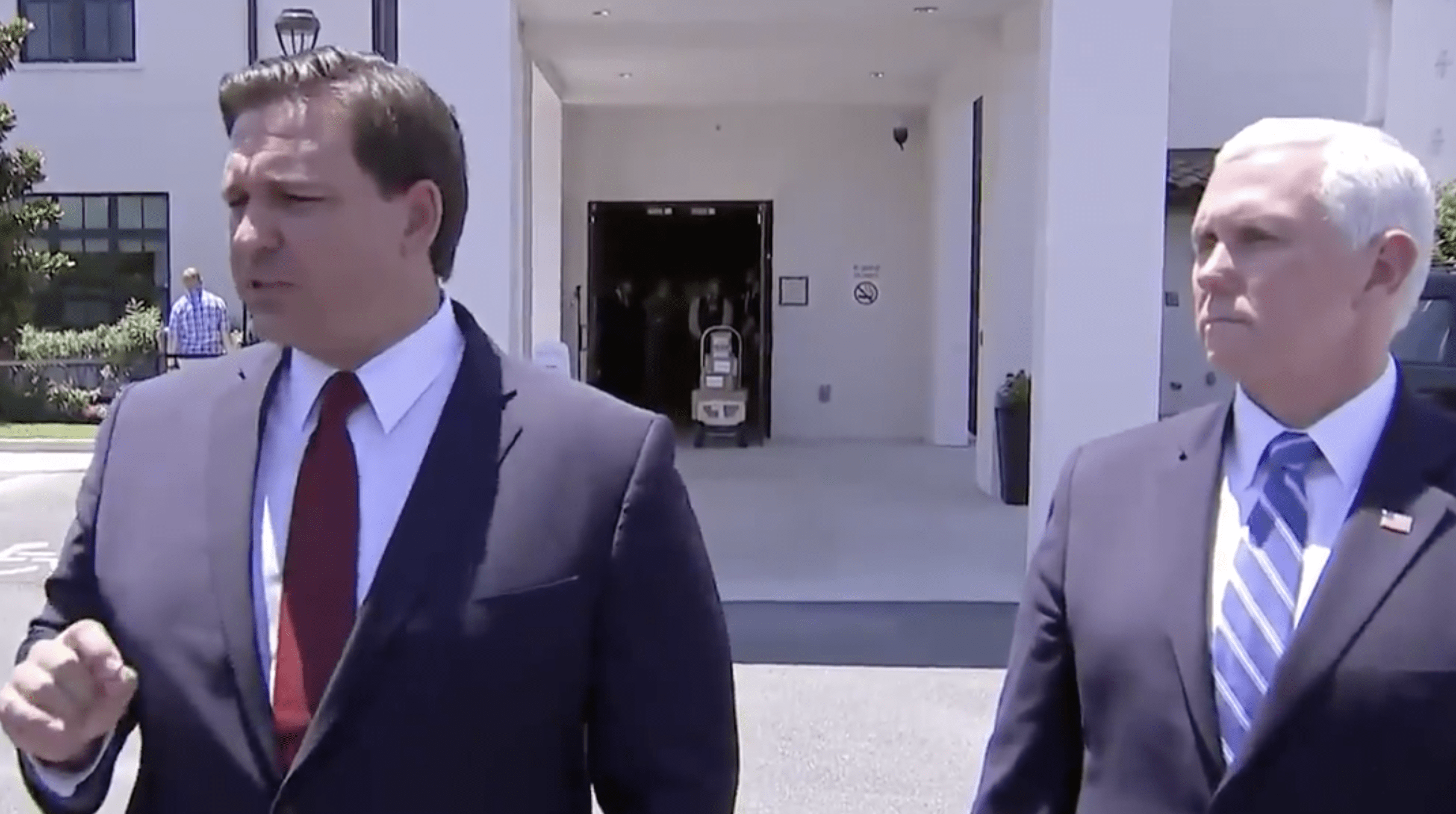 VP Mike Pence was by DeSantis' side.

With Vice President Mike Pence by his side Wednesday, an impassioned Governor again made the case that Florida did better against COVID-19 than just about anywhere else.

After defending Florida’s data as unparalleled and saying that any “insinuation otherwise is just typical partisan narrative trying to be spun,” the Governor said, before pivoting to media criticism not unlike that offered by Pence’s boss, President Donald Trump.

“You’ve got a lot of people in your profession who waxed poetically for weeks and weeks about how Florida was going to be just like New York. Wait two weeks, Florida’s going to be next. Just like Italy, wait two weeks,” DeSantis thundered.

“Hell, we’re eight weeks away from that, and it hasn’t happened,” he continued.

The Governor went into considerable detail about how the death rate in the Sunshine State trails far behind other regions, including the oft-mentioned “Acela Corridor” where the Washington D.C. and New York City media have questioned a variety of decisions made by DeSantis since March.

“We have a lower death rate than the Midwest … even in our region … Florida has the lowest death rate,” DeSantis said, before conflating himself with the state of Florida.

The Governor, throughout this crisis, has used both in-state media and national press as foils.

The most vivid example of that was his latching on to reaction to the #FloridaMorons trend on Twitter, in which the Governor rehearsed shows of frustration for weeks after the Washington Post covered Jacksonville beach reopenings negatively.

“In mid-April,” the Governor tweeted earlier this month, “out-of-state media had a spasm because Duval County opened its beaches for recreational use. Now 17 days later, have the fears of this drive-by smear against Floridians been realized?”