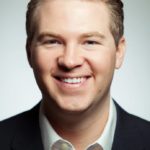 Five months before Martin Luther King Jr. delivered his “I Have a Dream” speech in 1963, two white fraternity brothers hoisted a Confederate flag over the Florida Capitol.

The state-sanctioned excuse was the random and convenient 98th anniversary of the 1865 “Battle of Natural Bridge.”

But it wasn’t really about history. It was about power, false supremacy, and racism.

After all, the historical marker for the “Battle of Natural Bridge” around Woodville, Florida, is mostly myth. In reality, U.S. General H.W. Halleck said taking Tallahassee was “in opposition to sound strategy,” and U.S. Major General Quincy A. Gillmore, in charge of Florida, agreed and told Halleck he had “no intention to occupy that part of the state.” Confederate archives also say: “Hardly anyone did any fighting at all.”

But racists don’t let facts get in the way, otherwise, they wouldn’t be racists.

Just look at the Baker County, Florida Confederate monument to the “Victory of Olustee,” named one of the Civil War’s “most notorious massacres,” where 1,000 black soldiers were slaughtered, only three taken prisoner.

Confederates used “overwhelming force” and won, but instead of chasing down the Union troops, “no serious attempt [was] made to pursue” because as one field officer put it, they were “too busy shooting n*****s, sir.”

And lastly, consider the “Battle of Pensacola,” which may refer to a raid of Santa Rosa Island in 1861, or when Confederates “cowere[ed] on the sidelines while great guns [blew] their defenses to smithereens,” or 1862 when Confederates ran away and burned the city to the ground.

These three “battles” may be something to study (this author credits T.D. Allman‘s “Finding Florida” and the Tallahassee Democrat archives, among other sources), but it’s nothing to glorify.

However, that’s exactly what happens every day on the front lawn of our Historic Florida Capitol, where a monument stands inscribed with these three “battles” to “perpetuate in the memory of succeeding generations the heroic patriotism of the men of Leon County who perished in the Civil War of 1861—1865.”

Commissioned by the “Women of Leon County,” but carved and shipped from Philadelphia, Pennsylvania, the monument was dedicated around 1882 and replanted in its current location in 1923 under the authority of Gov. Augustus Hardee and the Florida Cabinet.

One hundred and thirty-eight years later, it’s long past time for Gov. Ron DeSantis and the Florida Cabinet — Attorney General Ashley Moody, Agriculture Commissioner Nikki Fried, and CFO Jimmy Patronis — to take this symbol of false supremacy and racism down.

This isn’t the first call to remove it — many valiant efforts have been made to remove this monument, most recently by Rep. Geraldine Thompson. But for the love of the United States and accurate history books, let this be the last.

Removing this and every other Confederate monument in the South won’t erase the impact of generations of racist, revisionist history today, but it will de-weaponize these symbols tomorrow — for tomorrow we must continue the real “battle” — bringing hope, equal opportunity, and fairness before the law and law enforcement to all people.

That’s what Confederates and their sympathizers were really fighting against in the Civil War and in 1882, 1923, 1963, and sadly, some, through action and inaction, are still fighting today.

Yet another “battle” they will eventually lose.

In this — and all other cases — the sooner the better.

Kevin Cate is a progressive consultant and ad maker based in Tallahassee. Follow him on Twitter at @KevinCate. Get his emails at KevinCate.com.