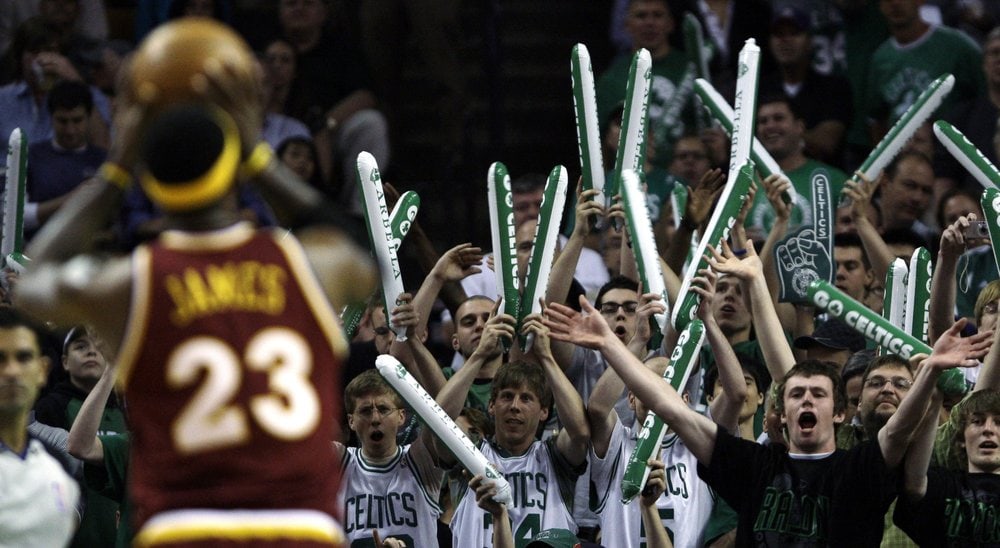 "At the end of the day, we’ll be happy to play basketball.”

The rate of positive coronavirus tests in the Orlando area has been soaring in recent days.

The NBA hopes that doesn’t matter.

After spending weeks on putting together an incredibly elaborate series of health and safety protocols — the word “testing” appears 282 times in the document — the NBA and the National Basketball Players Association believe they have done what is necessary to keep the 22 teams and others who will be part of the season restart at the Disney campus near Orlando next month safe and healthy.

Ready or not, basketball is almost back.

“No one is suggesting that this is going to be an infection-free, guaranteed environment,” NBPA executive director Michele Roberts told The Associated Press. “I guess, unless we go to … well, where would we go? What state has the lowest rate? There’s just no way of finding a sterile environment probably on this planet, but certainly, not in this country.”

Among the details that were included in the protocols released to teams Tuesday night: players will be invited to wear what the league calls a “proximity alarm” that will set off an audio alert when the person is within six feet of another person for more than five seconds and therefore not following social distancing guidelines, plus they can choose to wear a ring that will generate “a wellness assessment derived from metrics such as body temperature and respiratory and heart rate.”

Players and staff will also be given thermometers and a pulse oximeter so they can track their data and record it on the league’s daily health platform.

“I am optimistic about the NBA’s return to play policies and procedures,” Denver coach Michael Malone, who found out last month that he had already beaten COVID-19 after an antibody test showed he had the virus. “They are going to do whatever it takes to make this the safest environment as possible. There are no guarantees and there will be a risk, but I feel confident in the measures to be taken pre-Orlando and once in Orlando.”

True, there will be a risk.

And the league acknowledges that no plan can be perfect.

“These Protocols are designed to promote prevention and mitigation strategies to reduce exposure to, and transmission of, the coronavirus,” the league said. “However, it is possible that staff, players, or other participants in the resumption of the 2019-20 season nonetheless may test positive or contract the coronavirus.”

But by following strict rules — including regular testing, no leaving the Disney campus without returning to quarantine, no unauthorized guests, no family members even being permitted to arrive until late August and, though this didn’t likely have to be said, no spitting on the court — the NBA and the NBPA hope the risk is minimal as teams prepare for a Disney stay that could exceed three months for the teams that make the NBA Finals.

“It’ll still probably bother everybody that we’re not home,” Miami center Bam Adebayo said. “But at the end of the day, we’ll be happy to play basketball.”

The NBA’s arrival at Disney is looming as the rate of positive tests around the state are rising, and officials such as Gov. Ron DeSantis are facing criticism for re-opening many parts of the state’s economy. But if NBA players aren’t venturing out among the public, the hope is that no matter what’s going on beyond Disney’s fences that the quasi-bubble for basketball won’t be affected.

The rate of positive tests in the Orlando area in the seven-day period ending Monday was nearly 6%. For the seven days immediately preceding that, it was 2.4% — meaning the rate has more than doubled in a one-week span.

“It’s concerning but not surprising,” Roberts said. “I’ve watched this governor behave as if the virus is an inconvenience as opposed to a virus. So, I guess watching the way the state is adhering or not adhering to CDC guidelines, it’s not surprising that these numbers would go up.”

DeSantis has said Florida’s rising numbers reflects more testing and other factors, though the percentage of positive tests is also significantly higher than was the case just a couple weeks ago across the state and in the Orlando area.

The state’s agriculture commissioner, Nikki Fried, tweeted Tuesday that DeSantis “has lost control” of Florida’s response to the pandemic and recklessly re-opened the state “despite the data screaming for caution.”

DeSantis is a Republican; Fried is the only elected Democrat to currently hold a statewide office.

“My solace is that our guys are not going to be out and about in the city of Orlando,” Roberts said. “The players will be flown in non-commercial, and they will essentially be on campus for the entirety of their stay until such time as their season ends.”