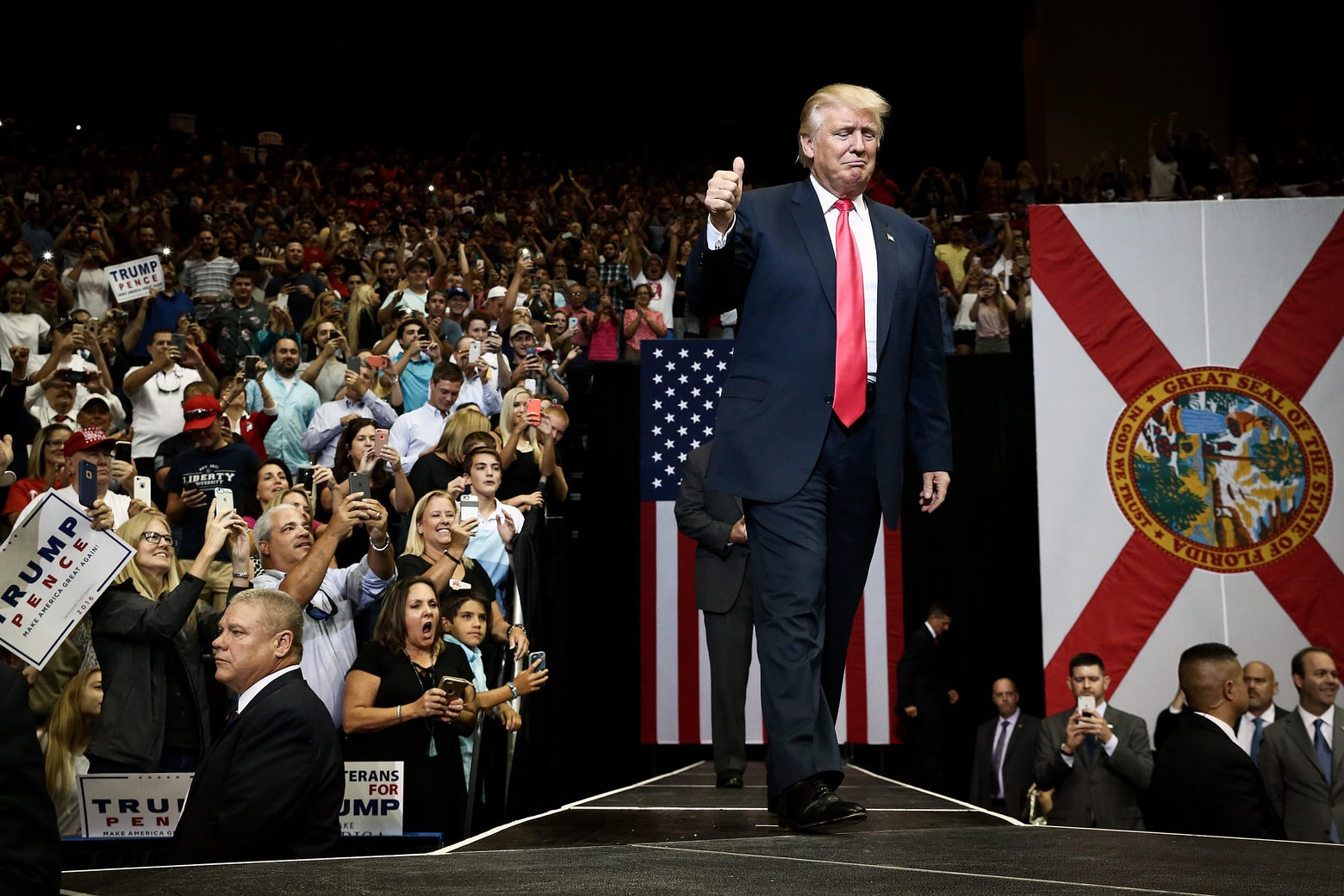 59% said they don't support the convention in Jacksonville.

A majority of Duval voters do not want the Republican National Convention in their city this Summer, according to a new poll.

The RABA Research poll commissioned by Republican Voters Against Trump found 49% of those surveyed did not support Jacksonville hosting President Donald Trump’s nomination speech in August. Only 39% said they supported it.

“President Trump may be jonesing for adoring crowds, but as we saw this weekend in Tulsa, actual voters are not nearly as excited about attending risky, mass gatherings as Trump is,” said Sarah Longwell, Strategic Director of Republican Voters Against Trump. “These results demonstrate that even in a critical county that Trump won in 2016, voters would rather he stay away.”

The poll was conducted June 17 and 18, before Trump took the stage in Tulsa for his first major return to the campaign trail. The rally, which campaign officials touted getting more than 1 million RSVPs for, launched Saturday with six campaign staffers testing positive for COVID-19 and saw Trump take to the podium to a crowd of less than 7,000.

Jacksonville is set to host portions of the RNC later this summer after Trump complained its host city, Charlotte, North Carolina, refused to give assurances Trump could deliver his nomination speech before a packed crowd.

Both Gov. Ron DeSantis and Jacksonville Mayor Lenny Curry have said Florida will welcome the event, but expressed some wavering on whether precautions would need to be made if the virus proves a threat.

The poll also suggested Trump’s support in the city is lacking. It put former Vice President Joe Biden eight points above Trump at 51% to 43% with rest undecided.

But Biden could be in trouble in the city if voter enthusiasm plays out at the voting booth. Of those who found him favorable, only 36% said he was “very” favorable, compared to Trump’s 41%.

It’s also worth noting the poll skewed to Demographics more likely to reject Trump. Of the 600 respondents, 42% were Democrats while only 36% were Republican. The poll also included 67% of respondents who reported as college-educated. Trump once famously said, “I love the poorly educated.”

The poll has a 4% margin of error.