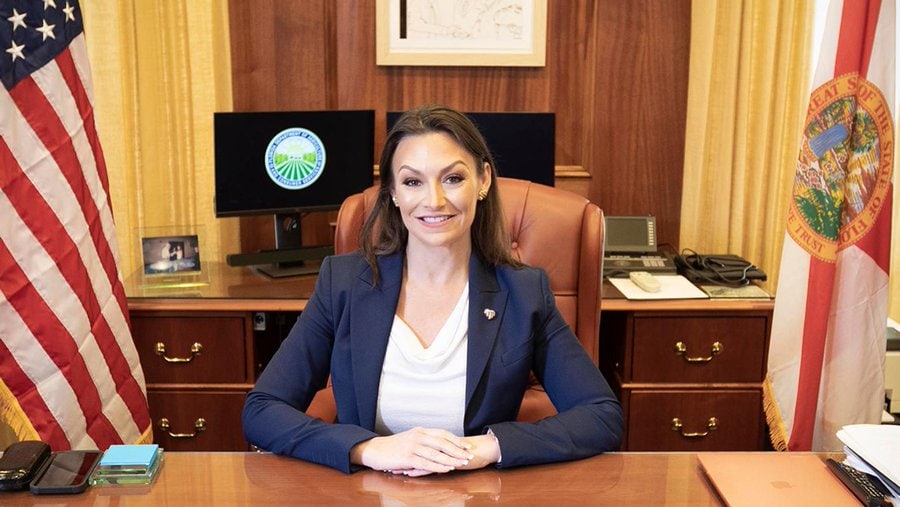 Is the RNC driving the Governor's reopening plan?

Fresh off of calling for Gov. Ron DeSantis to issue a mandatory mask order for the state, the state’s Commissioner of Agriculture and Consumer Services took it a step further.

In comments made to Bloomberg Radio Thursday afternoon, Nikki Fried contended the Governor is pushing ahead with his reopening plan, despite the number of cases going in the wrong direction, for reasons that have nothing to do with public health.

The goal: that nothing obstructs the relocated Republican National Convention.

That event, to be held in late August in Jacksonville, is expected to have a full arena with no mask requirement.

“I don’t see him yet making any moves backwards,” Fried said about the Governor, whose state is still in a Phase 2 reopening despite daily records in positive cases.

“We obviously have here in the state of Florida the Republican National Convention coming to Jacksonville at the end of August,” Fried said. “And so I think his mission is that his messaging for reopening our state stays pretty consistent. Moving forward, steadily.”

“And unfortunately that puts into jeopardy not only the people of our state, but anyone traveling here for the RNC,” Fried added.

Fried panned the “alarming numbers” as a function of “having moved too fast with reopening,” driving an “uptick” in the state.

A lack of statewide requirements don’t properly serve the “transient” population of the state, Fried noted.

For the Commissioner, this continues a largely one-sided feud with DeSantis, who has sought to marginalize her during the response to the coronavirus crisis much as he did during the Legislative Session that preceded it.

As far back as May, when the state parted ways with COVID-19 dashboard manager Rebekah Jones, Fried has said that just as the state’s response to coronavirus hasn’t been enough, the same holds true for the data.

Fried went on to describe a “dangerous pattern … of misinformation,” especially regarding prisons and nursing homes, two sectors prone to institutional spread.

“This is a pattern of deception we’ve seen from the Governor over and over again,” Fried said, saying that she was ‘not surprised’ Jones, a former worker for the state’s COVID-19 dashboard, was fired for spotlighting problems with the process.

Jones has since gone on to contend that the state is deleting deaths, massaging metrics ahead of the July 4 holiday weekend.

The Governor has called that claim a product of a “conspiracy bandwagon.”