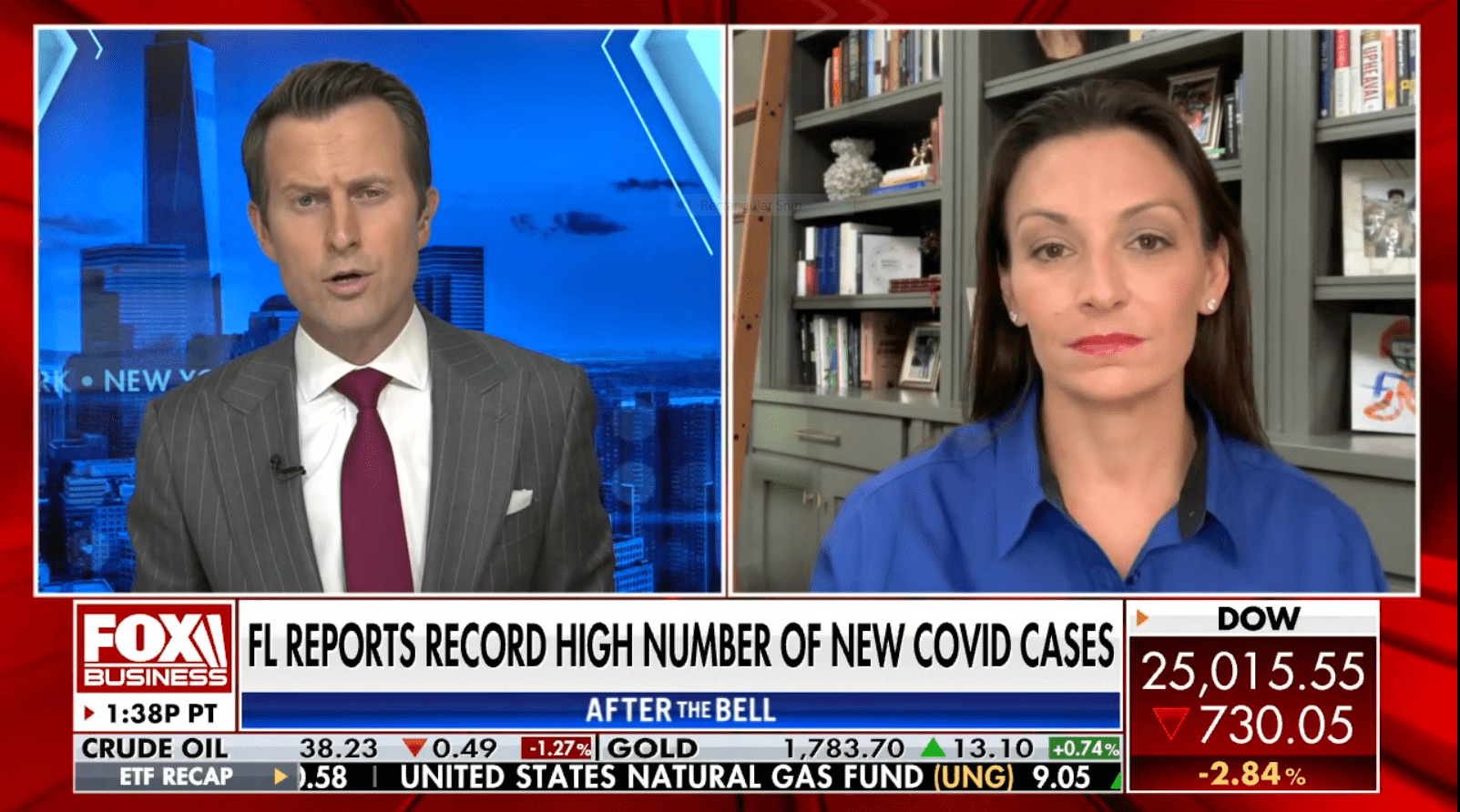 Florida’s Commissioner of Agriculture and Consumer Services continued Friday to lobby criticisms of the Governor’s coronavirus relief effort, suggesting that even the Friday decision to close bars may be “too little, too late.”

On Fox Business Friday, Democrat Nikki Fried continued to voice qualms about Gov. Ron DeSantis‘s approach to reopening the state, hours after VP Mike Pence noted an “advent of cases” in Florida, with nearly 9,000 of them in the last 24 hours.

Fried has been frustrated with attempts to work with the Governor, and increasingly has taken to cable television to plead her case, which continues to boil down to inadequate coronavirus response.

The commissioner lamented “tremendous spikes” around the state, suggesting that moves to rein in businesses that have endangered patrons, such as closing crowded bars that the Governor likened to “mayhem … Dance Party USA”, may be “too little, too late.”

“Certainly, we need to be doing more,” Fried said.

“Unfortunately, it might be a little bit too little, too late,” Fried added, pointing out “piecemeal” regulations and enforcement as inconsistencies that should have been worked out by the Executive Branch.

“Without having enforcement in there, people thought this thing was just kind of behind us … mission accomplished here in the state of Florida,” Fried said. “That just wasn’t the case.”

“People let down their guard, let down their sense of security, went out to the bars and restaurants, all these local establishments,” Fried said, noting her thus far rebuffed call for a statewide mask ordinance.

The Governor has noted “a case isn’t a case” in the same way it was months ago, with younger populations getting the virus being less likely to die from it. Commissioner Fried isn’t sold.

“There’s a balancing act. Everyone of the individuals who have tested positive have parents or grandparents … in more vulnerable populations,” she said.

Fried is not alone in castigating the DeSantis response as insufficient.

Senate Democrats this week thrashed the Governor for a lack of “leadership” in the crisis.

nextFacebook to label all rule-breaking posts — even Donald Trump’s