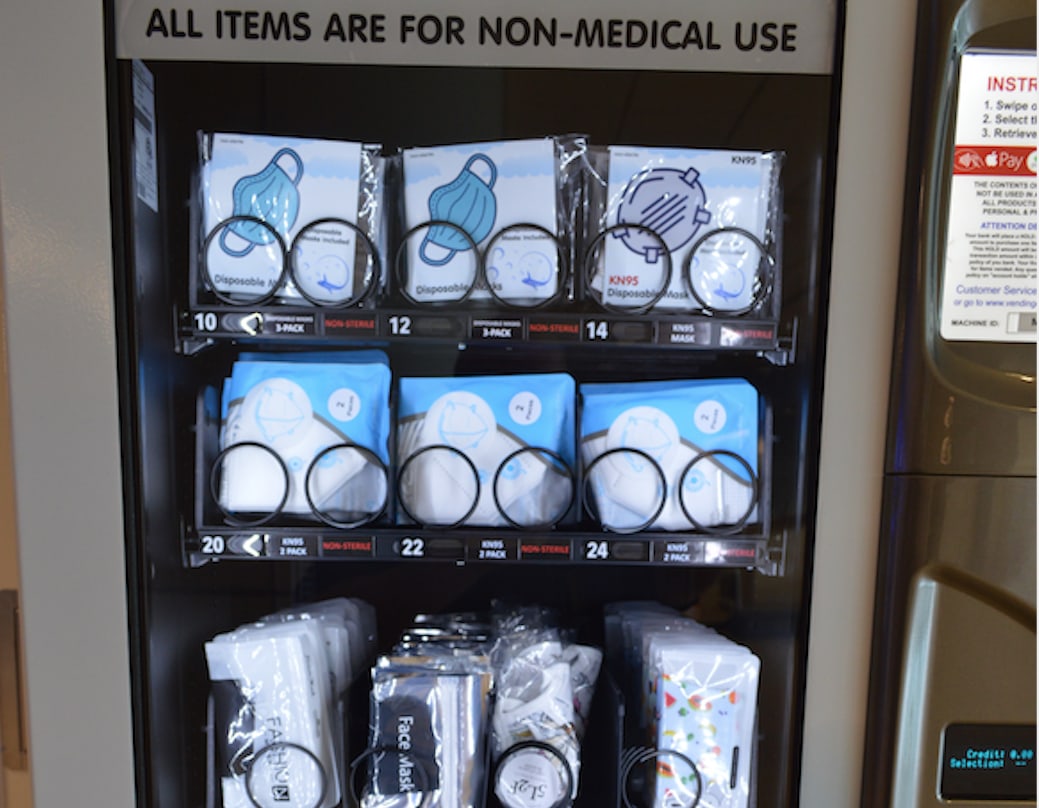 Need a face mask for your flight? What about some hand sanitizer? Gloves? Wipes?

At prices starting at $7.50 (credit cards only) for a package of two face masks, the machine can provide a little reassurance to travelers preparing to sit around for hours in boarding areas crowded with strangers, only to climb into long, thin, metal tubes to sit for more hours with strangers breathing recycled air.

“It is our top priority to make travelers and employees feel safe within our world-class airport,” Phil Brown, chief executive officer of the Greater Orlando Aviation Authority stated in a news release. “To do that, we want to ensure everyone can easily obtain personal safety essentials needed to travel during the COVID-19 pandemic.”

Six of the machines from Clean & Safe Travels have been installed near the airline ticket counters for JetBlue, Frontier, Southwest, Delta, United and American Airlines.

The press release from GOAA notes the machines and their inventory assist efforts to comply with Orange County Mayor Jerry Demings’ order requiring everyone in a public space, including at the airport, to wear a face covering that meets current CDC guidance.

Along with the new vending machines, a number of retailers in the terminal have also made PPE supplies available for travelers for purchase.

Traffic at the airport remains down but is recovering from the catastrophic 96% drop seen in April, when the coronavirus crisis had all but curtailed air travel and travel was outright banned to many other countries.

Currently, traffic is down approximately 71% compared to the same time last year, GOAA reported. There are 426 flights scheduled for Wednesday, with an estimated 15,468 departing passengers, which is down from the original projection of 66,518. The rebound in passenger traffic is directly connected to airlines adding to their schedules at Orlando, the authority reported.