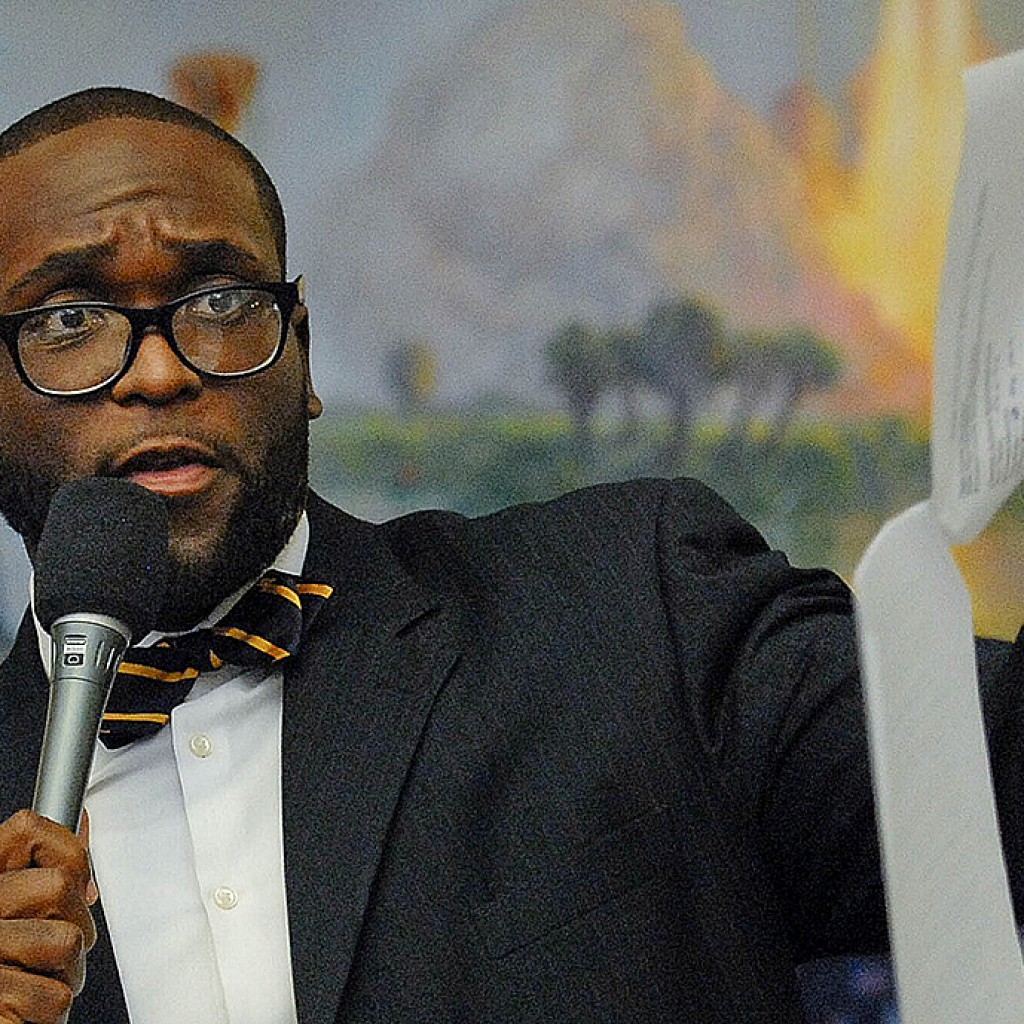 Jones criticized Donald Trump's deployment of federal troops in Portland and wants the Governor to do the same.

Rep. Shevrin Jones is hammering President Donald Trump for deploying federal troops to Portland against local officials’ wishes and is urging Gov. Ron DeSantis to keep them out of Florida.

In a Friday statement, Jones analogized those troops to Nazi paramilitary forces.

“It is deeply disturbing to witness the Trump Administration’s continued abuse of the presidency and violation of Americans’ rights,” Jones said, referencing the situation in Portland.

“He is now threatening to deploy his stormtroopers to other American cities, including Chicago, Albuquerque, New York, Philadelphia, Detroit, Baltimore, and Oakland, and it could be any city — including one of ours — next.”

Protests over George Floyd‘s death in Minneapolis spread across the country but have mostly died down since. That’s not the case in Portland. Federal officials such as Acting Homeland Secretary Chad Wolf have argued federal troops are required to protect federal property in the city.

The claims appear dubious to many legal experts who have criticized the feds for sending in troops without explicit consent from Portland or Oregon officials. Michael Horowitz, the Department of Justice Inspector General, is now conducting a review of the use of force by federal troops in Portland.

Trump has also threatened to send troops to other cities experiencing unrest. Though Florida is not currently experiencing major unrest, Jones argues DeSantis should reject such an offer should it arise.

“Where will Gov. DeSantis be if, or worse when, Trump decides to send his stormtroopers to urban centers in Florida?” Jones asked.

“I call on him to protect our people and bar Trump’s authoritarianism from descending upon Florida communities. Millions of Floridians’ civil rights and safety hang in the balance.”

Jones — who is competing for the Senate District 35 seat due to term limits in the House — argued DeSantis has fallen short during the COVID-19 outbreak due to his alliance with Trump.

“It was the Governor’s allegiance to the White House and his regurgitation of their dangerous propaganda that has already led to the preventable deaths of over 5,500 Floridians,” Jones asserted. “His disappointing handling and mismanagement of the ongoing public health crisis only underscores the need for Gov. DeSantis to speak out at this moment.”