Forget about the candidates, here are the Florida politicos with a lot on the line in Tuesday's elections 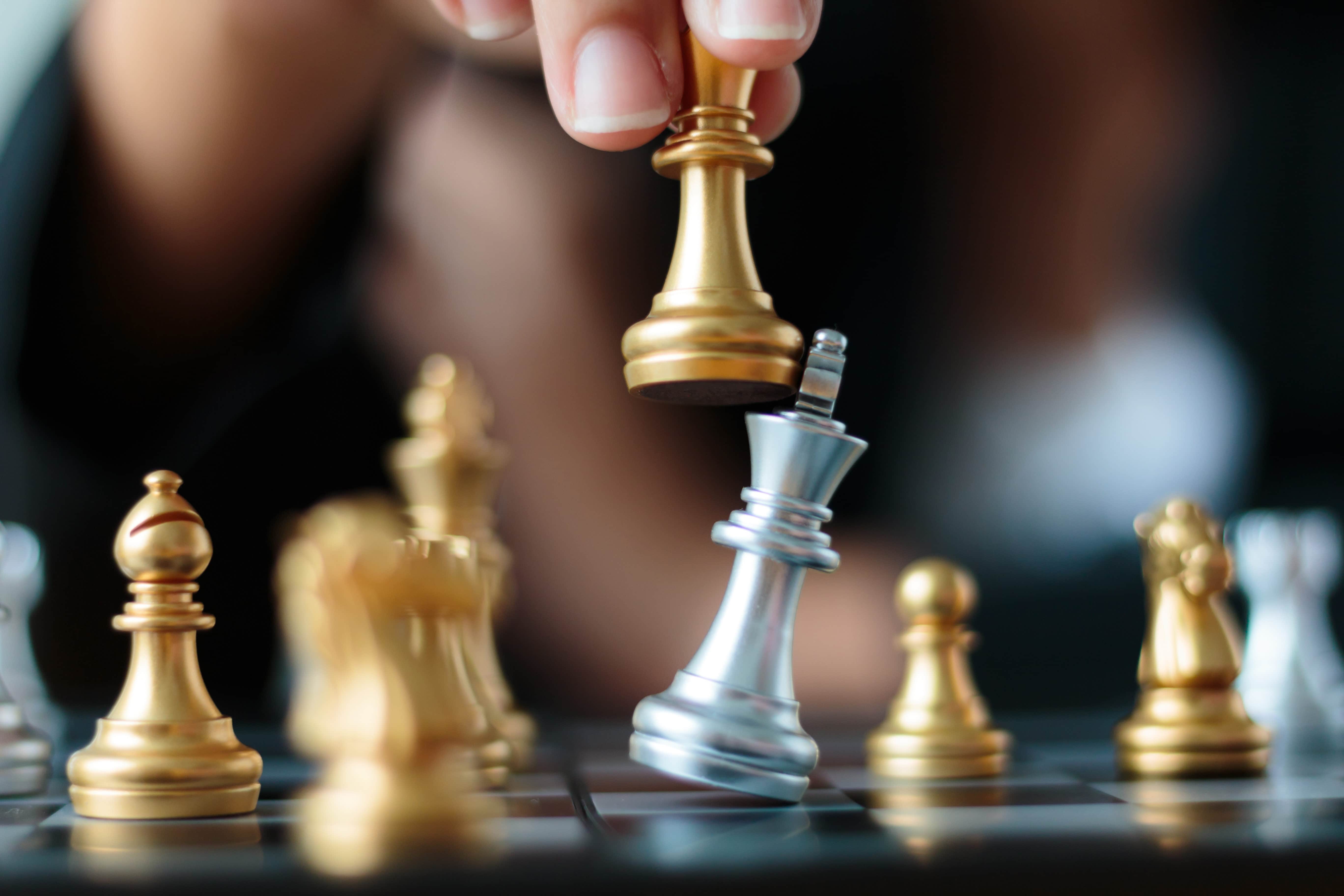 Every election is packed with Winners and Losers, some obvious, some not so obvious.

But long before the dust settles and the list is sorted, there are a host of behind the scenes players and influential organizations to watch. As Election Day nears, all of the players are in a scramble to make last-minute calls that can make or break races. It’s a chance to identify strategies that paid off and those that failed miserably. And there will be plenty of both.

Here’s a list of Florida politicos who may not be on the ballot Tuesday, but nevertheless have a lot on the line.

Matt Gaetz — The second-term U.S. Representative has fast become a conservative icon thanks to his “warrior” status in Trump World. He’s put his rising star to work in a big way by picking Scott Franklin over incumbent U.S. Rep. Ross Spano in CD 15, Judson Sapp over the nine other Republicans in CD 3, and Anna Paulina Luna over Amanda Makki in CD 13. If his endorsements hold water, there’ll be no shortage of campaigns beating down his door for a nod. If they don’t, meetings with the Florida congressional delegation will be a bit awkward.

Club for Growth — The free market advocacy group has gone all-in on Rep. Byron Donalds in CD 19, extolling him as the most conservative candidate in a primary packed full of them. There’s also Spano. They backed him in 2018, and they doubled down in 2020. Tuesday will show whether or not they threw good money after bad propping up an incumbent that Republicans from the city level on up to delegation members shunned as a “weak link” who could put a safely red seat in play.

Wilton Simpson — The incoming Senate President would give Littlefinger a run for his money in political “strategery.” Look at SD 3, where he forced Dems to take Marva Preston’s candidacy seriously in an otherwise safe district. In the only truly competitive districts on the ballot, SD 9 and SD 39, he cleared the way for his preferred pick — neither former Rep. Jason Brodeur nor Rep. Ana Maria Rodriguez faces a challenger on Tuesday. Simpson is not infallible, however. Democrats, if one believes the rumors, got in a jab by setting up an expensive Republican primary in SD 27. But Simpson was prepared it seems, as polling shows Rep. Ray Rodrigues is due for an easy, albeit expensive, win over Rep. Heather Fitzenhagen.

Axiom Strategies — Jeff Roe is a bold name political consultant. Among his clients are U.S. Sen. Ted Cruz and almost everyone else looking to get elected in Texas. He recently moved to Southwest Florida, a move that coincided with his firm signing a pair of candidates — Casey Askar in CD 19 and Heather Fitzenhagen in SD 27 — who have raised and spent (in the case of Askar much of the money is his own) hundreds of thousands of dollars on their campaigns. Reportedly, he got into a beef with President-designate Simpson who, as the story goes, told Roe he wouldn’t be getting much work in Florida after Roe helped persuade Fitzenhagen to run against Simpson’s preferred candidate. Roe paid Simpson little mind and is, allegedly, the force behind the negative text attacks personally directed at Simpson. Roe’s two horses will probably lose on Tuesday, which is not exactly the way you want to introduce yourself to Florida politics.

The Everglades Trust — The politically active environmental group endorsed in a number of Southwest Florida races, but none so heavily as the open Senate District 27 seat. After Heather Fitzenhagen’s last-minute challenge to fellow state lawmaker Ray Rodrigues, the Everglades Trust dumped $500,000 in to a new political committee, In Florida We Trust, which fired off a series of ads branding Rodrigues as “Sugar Ray,” a poke at his connections to the sugar industry. All indications point to RayRod winning with ease, meaning it’s likely all the Everglades Trust did was make the race expensive and make an enemy out of SD 27’s next Senator.

Gary Farmer — No matter the outcome, he’s got his work cut out for him in November, but Wednesday morning will show whether he’s chasing a flush or an inside straight with redistricting, which puts the next decade on the line. His best draw: A Shevrin Jones win in SD 35, an Irv Slosberg loss in SD 29, and a Fitz win in the SD 27 Republican primary. The odds are probable, unlikely, and improbable, respectively. If he hits, the next few months will be interesting. If he doesn’t … well, it’s not like Florida Democrats aren’t used to disappointment.

Jose Oliva, David Custin — The outgoing House Speaker had a lot of money to burn this cycle, but he didn’t use it to sway competitive districts toward the GOP or position himself for another office. Instead, he tossed it over to a committee tied to Custin that’s angling to unseat future House Speaker Danny Perez. Oliva claims he anted up to quash Alex Penelas’ campaign for Miami-Dade Mayor, but the committee is almost exclusively focused on bashing Perez and propping up his primary opponent, Gabriel Garcia. It’s a fool’s errand with no upshot for Oliva — when Perez wins, Oliva will look like a petty and vindictive political has-been. Same goes for the one-in-a-million timeline where Perez gets the boot.

Anna Eskamani — Eskamani may be second only to Fried when it comes to star power in the Florida Democratic Party. Her fans have already created a Facebook page aimed at recruiting her to run for Governor in two years and she may just grant their wish. In the present, she’s starting to flex her influence by working to oust incumbent Democrats who have sided with the GOP on abortion, such as Rep. Kim Daniels, or made homophobic remarks, such as Rep. Al Jaquet. There’s no real harm in backing the opponents — the bridges have been burned with both incumbents — and if Eskamani’s picks make it to the House, the Democratic caucus gets that much stronger. The downside is time resource allocation. One can’t help but wonder how many pickups Dems could make in the fall if Eskamani went full force for viable Democrats seeking GOP-held seats.

Nikki Fried — As Florida’s only statewide elected Democrat, Fried is the heir apparent for the party’s gubernatorial nomination in 2022. She’s been coy about whether she’s exploring a run — she’s either “looking into” it or not — but her actions show she’s embraced her leadership role. She’s avoided picking favorites in primary races, instead putting her fundraising muscle behind getting down-ballot Democrats elected. She and FDP recently announced a partnership that will see Fried help cover the bill to purchase access to VAN — the voter database service used by Democratic campaigns across the country. Sure, it costs a pretty penny, but Fried emerges looking like a hero to the party faithful no matter the outcome.

Anthony Sabatini — Sabatini may fancy himself as the next big firebrand conservative, but it would be overly generous to call him the K-Mart version of Matt Gaetz. That hasn’t stopped him from trying to play the part. After directing thinly veiled death threats at protesters and embracing the role of chief COVIDiot by crusading against mask mandates, he thought it was a good idea to endorse Gavin Rollins in the crowded CD 3 primary. It’s unclear why he thinks his endorsement carries any weight. The only plausible explanation is an advanced case of Dunning-Kruger. No matter — when Rollins finishes out of the money on Tuesday, it will show that his endorsement is about as worthwhile as his legal acumen.

The consultants — Consultants are to candidates what Bob Baffert is to horses. Over time, if you win enough races, a consultant becomes a bigger name than any individual horse, err, candidate. Tuesday isn’t so much about any single race as it is one consultant’s stable of clients versus another’s. The big names on the Republican side are Pat Bainter of Data Targeting, Randy Nielsen and Rich Johnston of Public Concepts, Anthony Pedicini of Strategic Image Management, and Brett Doster of Front Line Strategies. Also playing in a handful of races are A-listers like Marc Reichelderfer, and Enwright Rimes, in addition to a host of other consultants like Mark Zubaly, James Blair, Max Goodman, Brian Graham, and Terry Miller. There are a slew of other consultants working at various levels, whether it be Erin Isaac, who is, probably, handling communications for the most Republican clients, or pollsters or Super PAC’ers. For the Democrats, the consultants involved in the most races are Eric Johnson, Reggie Cardozo, Christian Ulvert, and Steve Vancore.

NRA — Voting against the post-Parkland gun bill could pay dividends for Donalds, the lone candidate in the CD 19 primary to shoot it down. The vote landed him the National Rifle Association’s endorsement and put Rep. Dane Eagle on the bad side of a direct mail campaign. It was nothing short of a big fat L for Eagle, who was considered a frontrunner in Florida’s 19th Congressional District for the first couple months after U.S. Rep. Francis Rooney announced his retirement. In past Republican primary elections, the NRA’s endorsement has packed a punch. It seems that truth will hold on Tuesday — Donalds has been racking up endorsements from the likes of U.S. Sen. Rand Paul and the majority of outside spending in the final stretch has been aimed at boosting him or tearing down his opponents.

Leadership races — You know what won’t be decided on Tuesday? Leadership races in the Florida Senate or House. Ten years ago (remember Aaron Bean vs. Mike Weinstein or Jeff Brandes vs. Jim Frishe?), the primaries were where inter-party races to decide who would, far off in the future, be Senate President or House Speaker were won and lost. But the Senate seems to have moved away from that format and so the shape of Ben Albritton vs. Manny Diaz won’t change much come Tuesday. In fact, some Republicans believe the party will be lucky to still be in charge by the time one of them would take the gavel. As for the House, the “reforms” implemented by Richard Corcoran and Oliva really have stifled the early jockeying for leadership. If there is a Speaker’s race underway after Danny Perez’s term, we don’t know about it.

Certainly there are a lot of other forces colliding on Tuesday. Is one industry (the doctors … the trial lawyers?) making a play that we don’t see?

As they say on the subway, if you see something, say something.