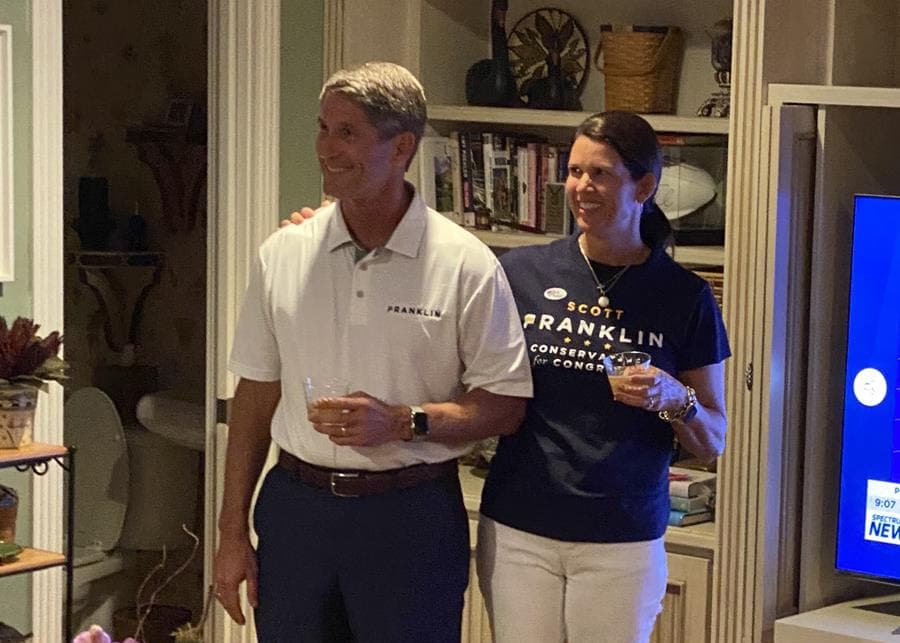 Ross Spano, plagued by a 2018 campaign finance violation, will be a one-term Congressman.

U.S. Rep. Ross Spano will officially be a one-term Congressman.

Spano lost the GOP primary Tuesday to Lakeland City Commissioner Scott Franklin, who eked out the win by about 1,500 votes. Spano carried Hillsborough County with 57% of the vote and Lake County with 52%, but Franklin overwhelmingly carried Polk County, where he serves, with 62% of the vote.

Cohn, a former investigative journalist, defeated Adam Hattersley, who replaced Spano in Florida House 59 in 2018, in the Democratic primary, carrying all three counties the district spans — Hillsborough, Polk and Lake.

Franklin’s victory wasn’t entirely unexpected, but defeating an incumbent in a primary is typically a Herculean task. Spano made it easier though, as he was haunted by a 2018 campaign finance screw up.

At issue for Spano are 2018 loans he accepted from two friends, which he then used to loan his own campaign, a clear violation of campaign finance laws governing contribution limits. Spano now is under federal investigation, which has plagued not only his campaign but his service in Congress.

Spano had support from numerous House Republicans and U.S. Sen. Marco Rubio, though he was also dogged by federal investigations into his 2018 campaign, leading many to flock from his corner and into Franklin’s.

As of the end of July, Spano had just $244,000 on hand, but owed another $114,000, mostly on legal fees, leaving him with just $130,000 available as he entered the final stretch. For an incumbent, that’s a paltry showing and is hard evidence Spano has struggled for relevance this cycle.

“Hi, this is Congressman Matt Gaetz, President Trump’s No. 1 ally calling to tell you that your Congressman Ross Spano has just got to go. Ross Spano is so weakened by the Justice Department corruption investigation that we can’t count on him to defend President Trump against Pelosi and the liberals,” Gaetz said in a taped call to Republican voters earlier this month.

On paper, Spano and Gaetz should be ideologically aligned. Both are staunch President Donald Trump allies and their policies fall on the far-right spectrum.

Trump didn’t specifically weigh in on the race, but Gaetz inferred he was Trump’s messenger.

“President Trump and I personally need Scott Franklin to help keep the fight for the Trump agenda alive and to take back the House of Representatives. Everything is on the line this election and we can’t have a weak link like Ross Spano take down our team,” Gaetz said.

At least one Republican insider already called it.

Franklin was among a number of congressional candidates backed Tuesday by Gaetz, including conservative commentator Anna Paulina Luna, who was atop a five-candidate Republican field in Florida’s 13th Congressional District and appeared ready to take on incumbent Democrat Charlie Crist in November.

Franklin’s victory might not be the outcome Democrats had hoped for. Against Spano, Cohn would have had solid backing from the Democratic Congressional Campaign Committee, which has made taking out Spano one of its top 2020 priorities.

It’s likely the group will still aid Cohn’s race, but it’s unclear whether they will invest as heavily with Spano out of the picture.

Still, Cohn enters the General Election cycle with a cash lead over Franklin.

Heading into the general, it’s not clear how much more Franklin will be willing to self-fund, but he is likely to be able to draw on the Republican donor class to play catch-up as conservatives look to preserve a seat in the House where the party already is in the minority.