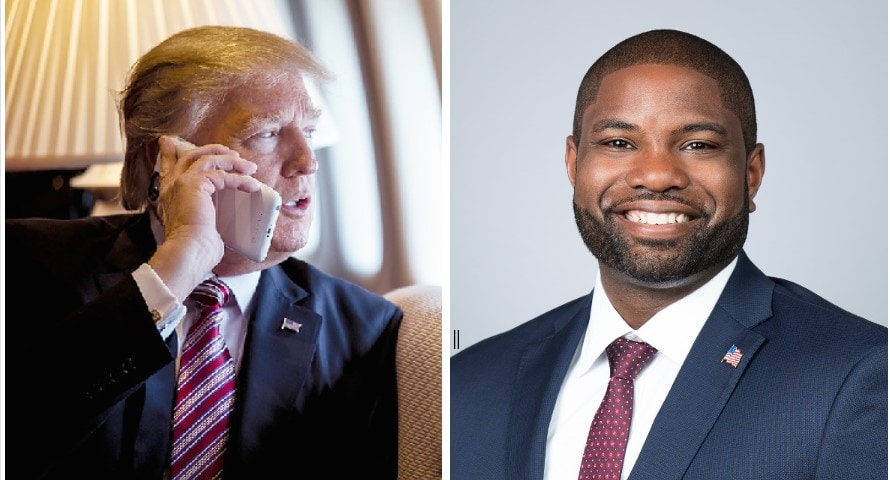 Expect these two standing together on a stage very soon.

“The President congratulated me on a tough victory, but a good victory,” the state lawmaker said. “He said he has heard good things about me, and he said ‘From what I see you are going to be a star,’” Donalds said.

Donalds won the Republican primary in Florida’s 19th Congressional District Tuesday, besting eight others to come out ahead of Cape Coral Republican Dane Eagle by 774 votes.

The conversation was not a scheduled one. He just got a call from the White House switchboard with a 202 area code.

“We talked for about 10 minutes,” Donalds said. “We just talked about November and the hard work that needs to be done in Florida to get him reelected.”

Donalds faces Democrat Cindy Banyai in the General Election. But CD 19 is one of the safest Republican seats on the map, and it’s unlikely Donalds will need the same resources and effort winning the general as were required in a nine-candidate primary.

Throughout the primary, there were conversations about the benefits a Donalds nomination could provide Trump. If elected to the House, Donalds may be the only Black member of the Republican House caucus; Rep. Will Hurd, a Texas Republican, holds that title now, but isn’t seeking reelection.

Meanwhile, Trump’s Presidential campaign this year plans to ramp up minority outreach, which could be critical in battleground states like Florida.

In fact, Donalds described himself in his launch video as “everything the fake news media tells you doesn’t exist, a strong, Trump-supporting, gun-owning, liberty-loving, pro-life, politically incorrect black man.”

Trump never endorsed a candidate in the crowded CD 19 field, likely thanks to ties with multiple candidates in the field.

“Wherever they need me to be and whatever they think is best to help him to win reelection, I’m there,” Donalds said.

previousMore than 10K Floridians have died with COVID-19

nextHeading out of primaries, Jose Javier Rodriguez, David Smith have the cash