What kind of political future lies ahead for Andrew Gillum? 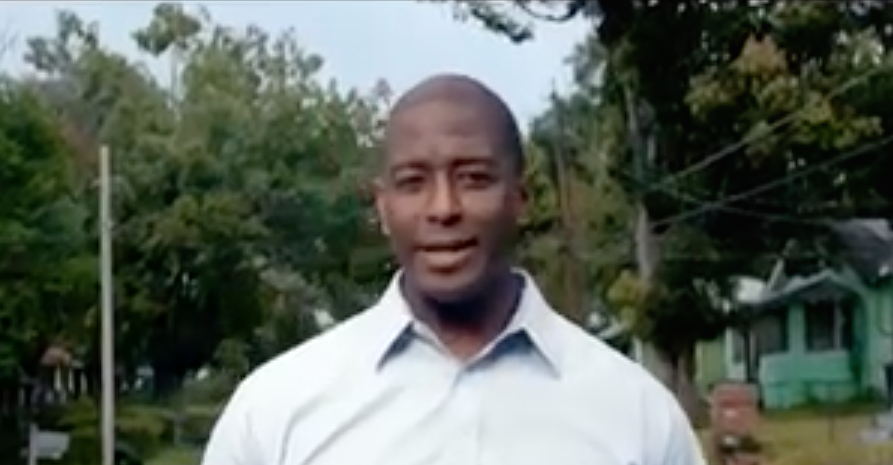 The subject came up at the end of Andrew Gillum’s headline making interview.

After he came out as bisexual. After he discussed that infamous night in Miami Beach. Interviewer Tamron Hall did what’s commonly referred to in the media as “spinning the story forward.”

“Andrew, if you decided to go back into politics, do you believe that you could re-enter and possibly even be an elected official again one day?” she asked

“I do,” Gillum responded, “if I put my mind to that. There is not a thing that has happened in my life, scandalous or not, to cause me to believe that if I have service to give in elected office as a means in order to render that, that I couldn’t do that. Now, would it be hard? Absolutely. But Donald Trump is President.”

As the world explored the consequence of the former Tallahassee Mayor going on national television as a Black man professing his bisexuality, perhaps the most prominent Black man to do so, the Florida political world buzzed, whether in excitement or disbelief, at a renewed political prospect.

To be clear, Gillum did not signal an interest in any particular statewide or even local office or give a timeline on when he may re-enter the political arena.

“To my knowledge he has not decided to seek political office again,” said Sean Pittman, a long political advisor to the former Democratic gubernatorial nominee. “I think he will always be involved in policy and politics in some way.”

Consultant Kevin Cate, a long-time curator of the Gillum political hype machine, wouldn’t directly address speculation. Rather, he pointed to a March tweet still serving as his comment on all things Gillum: “I haven’t said anything publicly about my dear friend Andrew Gillum — a man, husband, and father who I love — nor do I intend to any time soon, aside from quoting words he spoke to all of us often. ‘Nobody should be judged forever by their worst day.’ “

Will the public be so forgiving?

Susan McManus, a distinguished political science professor at the University of South Florida, said the question depends on what office he may seek.

“It’s really contingent upon what district he ran in and what he runs for,” she said. “If he’s running for liberal, young, progressive college students, I can’t see him having any problems. They are all about rehabilitation.”

But that’s a pretty select constituency. Maybe he can find it in certain positions in Tallahassee or parts of South Florida.

A year and a half ago, Gillum swatted national media questions away about running for President even after losing the Governor’s race by an historically slim margin. But McManus can’t imagine a statewide office Gillum could win right now.

There, the problems of the Miami hotel incident, in which he was found by police in a room with bags of drugs and a reputed male escort, will be harder to erase. And for some sections of the population, his bisexuality will be an issue even in the year 2020.

“The older constituents are, the more they are about punishment,” McManus said. “He shouldn’t expect everybody will come with open arms.”

However he answered Hall’s questions in a pre=taped interview, it’s not clear Gillum has the infrastructure in place to launch a major campaign at the moment. Pittman isn’t working with Gillum in any official capacity. Joshua Karp, a spokesman for the Gillum-tied Forward Florida political committee, said Gillum hasn’t worked closely with the organization recently.

There is the question of timing, of course. Qualification for the 2020 election cycle is long past and party primaries were held statewide nearly a month ago.  That includes Tallahassee offices should the ex-Mayor consider a return to City Hall. So it could be a couple years before there’s even a chance to run.

But then, Florida in recent years has experienced a bit of a “rainbow wave” of LGBTQ politicians elected to public office. There’s three gay or lesbian lawmakers in the Florida Legislature now and several more running for office. In coming out as a member of that marginalized community, he may just have grown a natural voting base.

Rep. Shevrin Jones, a Miami Gardens Democrat expected to be the first openly gay man to win a Florida Senate seat, said he’s just happy to see Gillum reemerge and get back involved in politics at some level.

“Andrew is a longtime friend, and I’m proud of him for finding the strength to live and share his truth,” Jones said. “I wish everyone had the support and space to do so, but sadly, too many in our country do not — though I am hopeful that his words will allow others to do so safely moving forward. This year is critical for Democrats up and down the ballot, and I’m glad Andrew is in this fight as he uses his platform for good. There’s too much at stake in this election for anyone to sit on the sidelines.”