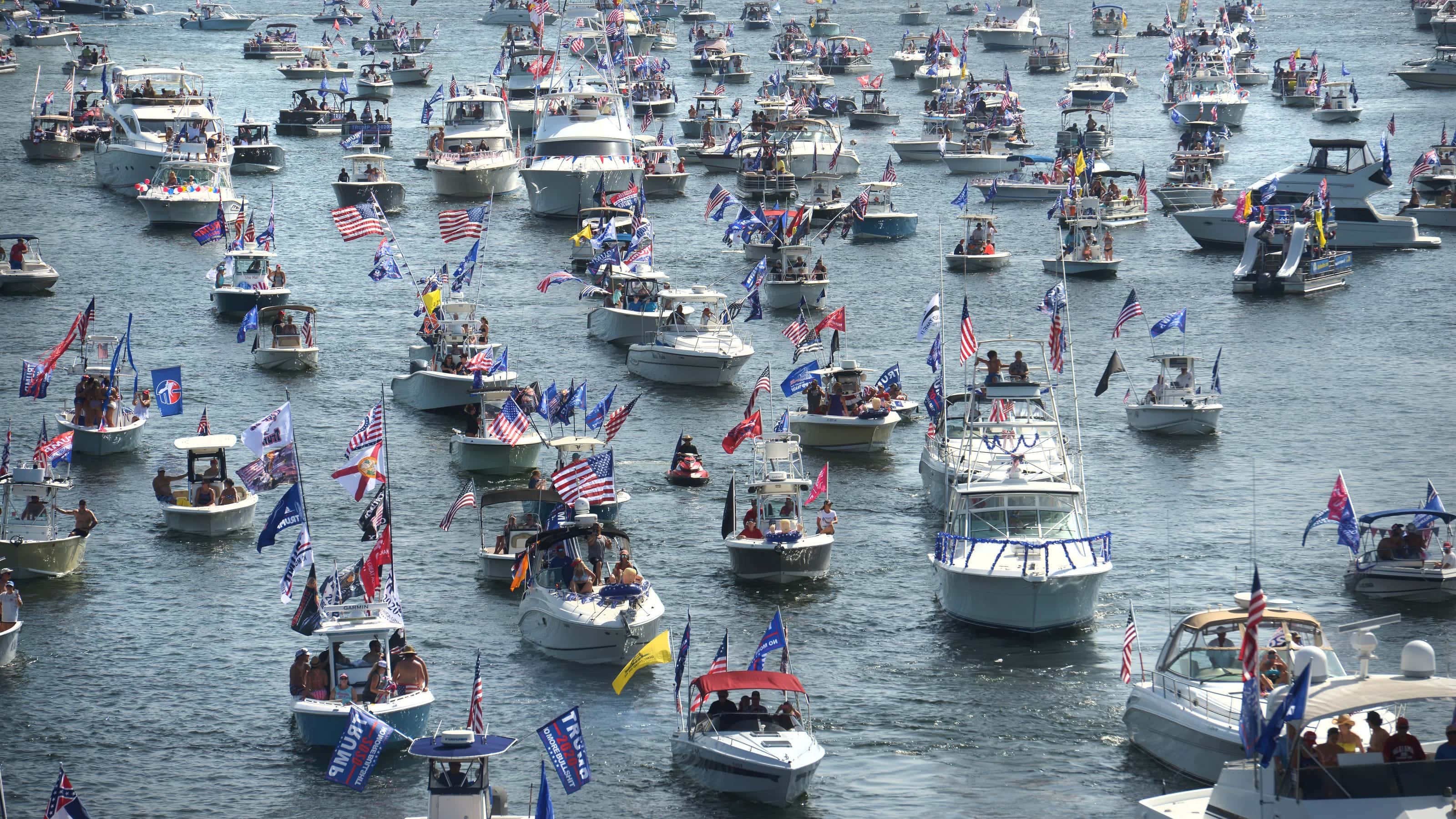 Trump's X-factor in 2016 was supporter enthusiasm. It's back, Susie Wiles says.

Susie Wiles, Florida senior adviser to the campaign and a longtime go-to for Republicans’ Sunshine State must-win efforts, says she’s perhaps seeing more enthusiasm than in 2016 when tens of thousands of volunteers, all zealous to help, turned out to drive Trump’s surprise victory.

“It could be a bigger number than in 2016. That was the most I had ever seen, but it is more than it was then,” Wiles said.

In an interview Friday, leaders of the Florida Trump Victory coalition campaign involving the official Donald Trump for President Campaign, the Republican National Committee and other organizations, has the usual boasts for its ground game: An infrastructure in place continuously since Trump’s first campaign; more than 200 paid staff; a highly-developed, sophisticated data operation; and something old-fashioned that Democrats are not trying this year because of the coronavirus crisis — a door-to-door operation.

Democrats have their own ground game and robust staff, much of it focused through a highly innovative virtual campaign. They also have a new pile of money, with Michael Bloomberg‘s plan to pour $100 million into Florida, particularly into data and organizing efforts in the Sunshine State.

But in 2016 there was an X-factor that caught many Democrats, media, and political observers unaware. Trump generated an enthusiasm level that overflowed parking lots at volunteer centers and, for many supporters, made Trump’s election a personal cause.

He pointed to Democratic nominee Joe Biden’s visit to Tampa and Kissimmee on Tuesday, the former Vice President’s first public appearances in the I-4 corridor this year. The media pointed out the campaign caravan saw more Trump supporters than Biden backers lining the streets in Tampa.

Garcia contended it wasn’t a fluke.

“This week we had the Women’s Trump bus tour travel throughout the state. You can see the crowds that have been at each of these, the enthusiasm is real. I mean totally packed. Whether it’s the boat parades, whatever events we do, you just see lots of supporters out there,” Garcia said.

Garcia also weighed in on boat parades, which are popping up almost everywhere lately.

“These boat rallies are organic,” Wiles said. “Those are not things that we spend days and nights planning. And I consider those to be really indicative of the enthusiasm for the President. In various places across the state, and in other states too, people that are boaters, that support the President, call their friends and neighbors and those boat rallies pop up. That’s not to say we don’t have a representative of the campaign, a high-level surrogate if you will, come and be a part of it once it’s ongoing. But we don’t plan those.”

What they do plan is what to do with it.

“We’ve been on the ground for years. And we have that infrastructure built up. So we are able to harness that enthusiasm, to train volunteers, to collect voter registrations at the door,” said Danielle Alvarez, Trump Victory regional communications director.

nextR. Jai Gillum considered whether to remain engaged to Andrew Gillum after learning of his bisexuality