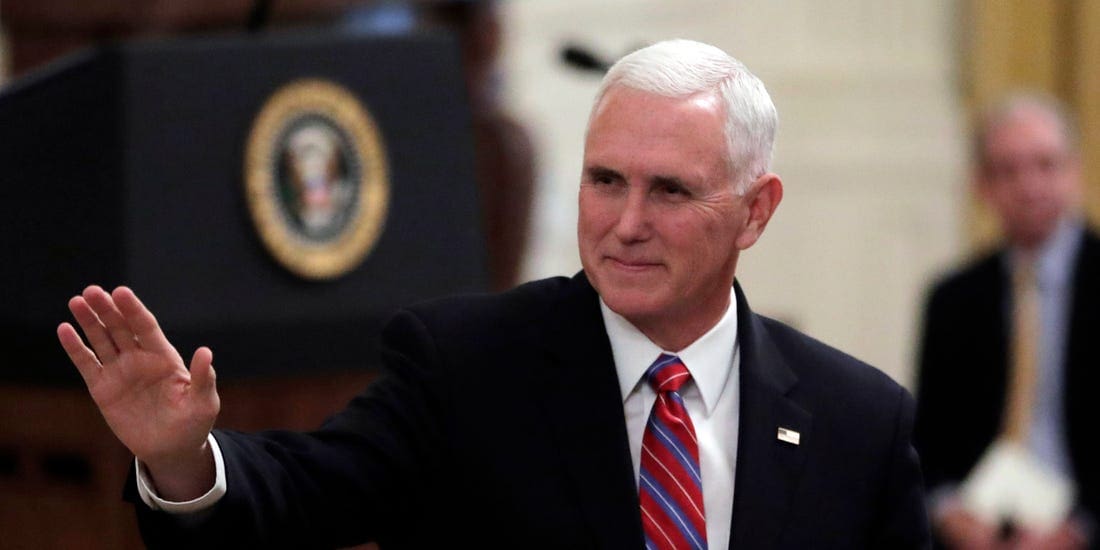 Mike Pence is making the latest of many campaign visits to Florida.

Pence will appear at a Make America Great Again event at Tamiami Park Thursday afternoon. Those looking to attend the event can register by submitting their personal and contact information at the Trump campaign website.

Doors will be open for the Tamiami Park gathering from 10:30 a.m. through noon. The event is then scheduled to begin at 12:30 p.m.

Following that stop, Pence will head to the Lubavitch Educational Center for a Faith in America event. Doors will be open at the site from 12:30-2 p.m. The scheduled start time is listed as 2:30 p.m.

Registration for that event isn’t yet available on the Trump campaign website.

Trump’s son, Eric Trump, will also be in South Florida Thursday for an Evangelicals for Trump event. That event will take place in Southwest Ranches in Broward County at 4 p.m.

The three events will take place on the same day President Trump was scheduled to appear in Miami for the second presidential debate against Democratic nominee Joe Biden. That debate was canceled after Trump refused to take part in a virtual debate.

The Commission on Presidential Debates sought to change the format after President Trump contracted the coronavirus. His spokespeople have also repeatedly refused to state whether Trump lied when he vouched he had tested negative prior to the first debate with Biden.

Trump has resumed his campaign rallies despite public health guidance that large gatherings be avoided. The President held his first rally since contracting the virus on Monday in Sanford. He’ll return to Florida Friday for a rally in Ocala.

A survey released Tuesday showed Biden clearing the 50% mark in Florida as Trump has seen a downslide in support in recent weeks.