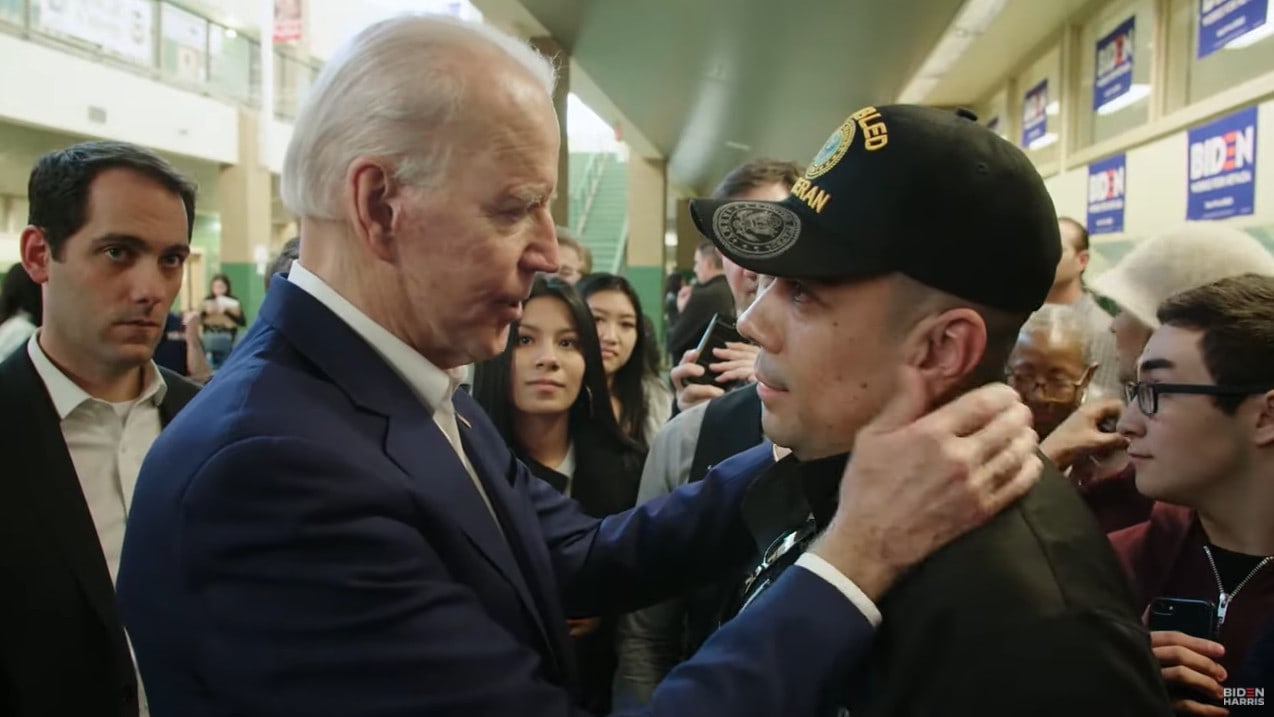 Biden for President Florida will host a virtual event Thursday.

With five days until Election Day, Joe Biden‘s campaign is seeking support from veterans to help carry Florida on Tuesday.

Veterans for Biden North Florida are hoping targeted the military vote with a virtual press conference Thursday that featured veterans including Navy Rear Adm. Bill Shannon and Air Force Brig. Gen. Charlie Martinez. The pair, the Biden campaign and others highlighted the former Vice President’s plan to support veterans and other platforms like foreign policy.

“I want a president who thinks strategically, not transactionally, and who speaks up for our troops when hey are threatened by our enemies,” Shannon said.

Martinez, who was born in Havana, Cuba, before moving to the United States at a young age, told reporters that the President’s attacks against the media and jokes that he would run for reelection even after reaching his term limit showed he has “ambitions of being a dictator.”

“We have a president who just adores foreign dictators from Turkey to Russia to North Korea,” Martinez said. “He just loves them, and I think he would like to be one of them.”

With strong support from the military community in the Panhandle, North Florida has been a boon for Republicans and the President. To turn out those key voters as the President hopes to keep Florida red, he and his campaign surrogates have hosted several events in Pensacola and Panama City Beach.

But the Biden campaign has made its own push in the ruby red region during the campaign’s final stretch. This month, Democrats have hosted virtual events reaching out to rural voters and put two Panhandle candidates, both veterans, forward in the lead-up to Trump’s Pensacola rally last week.

The Democratic candidate’s website says the President has repeatedly failed veterans and has ignored its “sacred obligation” to care for service members at home and abroad.

“From the outrage of deporting undocumented veterans without checking their record of military service, to allowing his wealthy Mar-a-Lago friends to drive veterans policy, to pursuing policies designed to privatize and dismantle the Department of Veterans Affairs (VA), Trump neither understands nor respects the idea of “duty, honor, country” that inspires our brave military members to serve and imbues our veterans with pride,” his campaign writes.

An NBC News/Marist poll released Thursday shows Biden with a narrow lead in the Sunshine State, 51%-47%. Only 2% of likely voters are undecided, according to the poll.

Real Clear Politics’ polling average shows the former Vice President now up 0.5 percentage points in the state after that poll. Two polls showing Trump up 4 points, Susquehanna and right-leaning Rasmussen, swung the average in the President’s favor in recent days, peaking with the President up 0.4 points.

But FiveThirtyEight gives Biden a 65% chance to win the state, slightly worsening odds over the past week. Their model expects a 2-point advantage for the former Vice President when the votes are tallied.