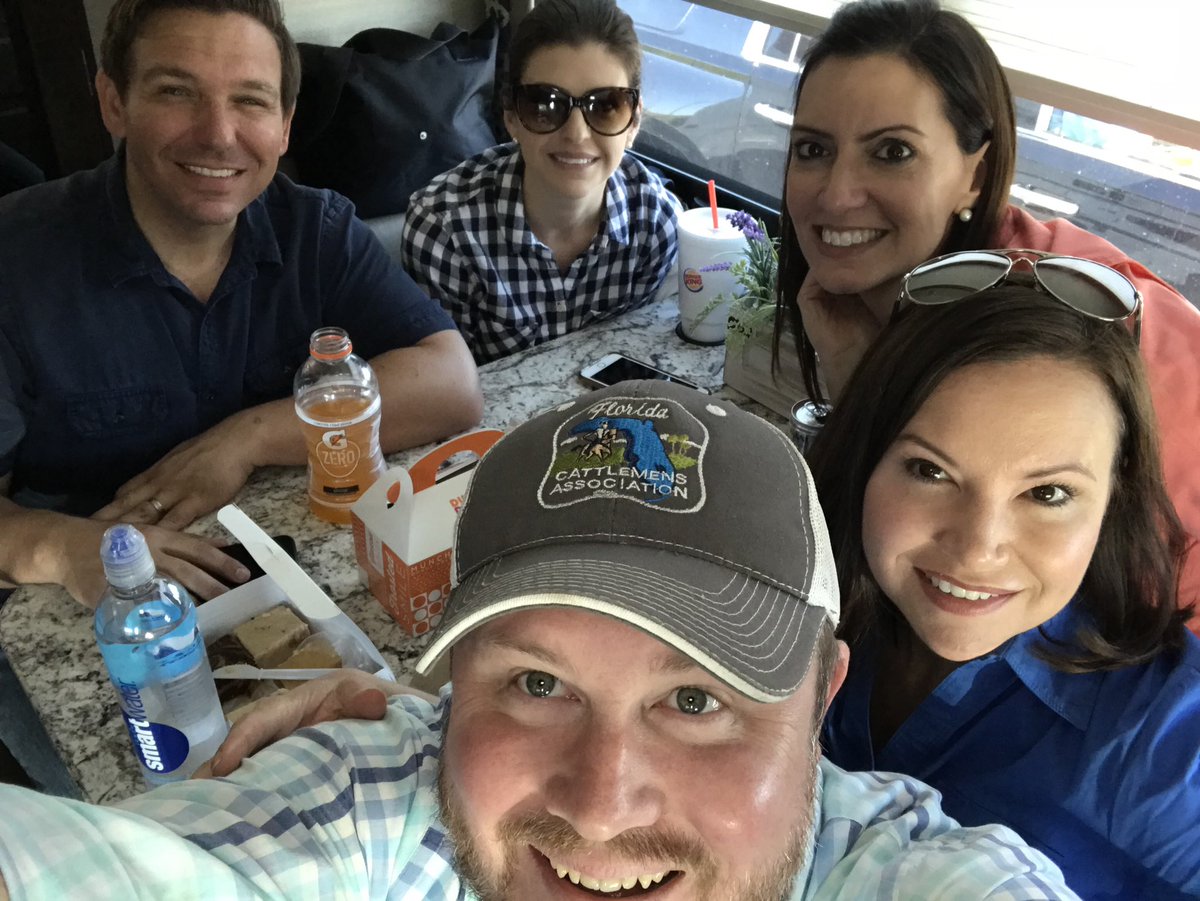 Will Caldwell challenge Joe Gruters for the party position?

“When we consider who to elect as the next chair, I believe there are two overwhelming considerations,” Caldwell wrote. “Does the candidate have the outspoken support of the Governor, Cabinet incumbents, and Senator? And do they have an articulated plan for an off-cycle election where Donald Trump won’t be on the top of the ticket driving turnout?”

There have been rumors for months Caldwell will challenge Joe Gruters for state chair. The same day he won the Republican primary for county Property Appraiser, he defeated Chris Crowley as Republican State Committeeman for Lee County. That gives him a vote on chair and makes him eligible for the job.

On that front, Caldwell, speaking to Florida Politics, did not dismiss a run, but he did express some reservations.

“We have 200-plus people who serve on the Republican Party of Florida, and I am certain there is someone there who has the qualities to serve as Chair and doesn’t have a potential conflict of interest at the same time,” he said.

His Tuesday email missive, sent to all committee members for the Republican Party of Florida, comes amid reports Gov. Ron DeSantis is at odds with Gruters, and a day after Florida Politics published an article about why that should not matter to Gruters’ reelection.

But Caldwell believes it should. With Governor, a U.S. Senate race and every Cabinet post on the ballot, Caldwell argues coordination with those campaigns will be critical to Republicans’ successes in 2022.

“Whoever steers the helm of the Party for the 2022 cycle must have the support of our statewide Republican officials who will be running for re-election,” he said.

Notably, Caldwell ran in 2018 for Agriculture Commissioner, a statewide Cabinet post he lost by a slim 6,753 votes to Democrat Nikki Fried. When he first declared for the state committeeman post, he made clear he put blame on the state party in large part for the loss.

“Considering the very tight range between the five statewide races in 2018, the margin was very tight between all five, ranging from 49% to 52%,” he noted in his new email. “For example, the most glaring difference in the loss for Ag. Commissioner was the lack of any 3rd party candidate.”

Notably, his grievances with state leadership date back to Blaise Ingoglia’s tenure as party chair. The state lawmaker had a notoriously fractious relationship with then-Gov. Rick Scott.

“We have seen a trend in recent years of having publicly elected officials serving as the chair,” Caldwell said. “While this can give the Chair greater public visibility, there is no denying that, in having chosen these chairmen, division was sown and as a result the House, Senate and Governor have to varying degrees separated themselves from the Party. This violates the very first rule of chairmanship. If the Party chooses a chair whom these candidates do not trust and with whom these candidates will not coordinate, then we will have cut our own legs out from beneath us.”

Gruters, like Ingoglia, serves in the Legislature, a Senator for District 23. Caldwell now holds elected office too, and was criticized by Crowley during and after the state committeeman campaign for trying to position himself for party leadership while taking on a full-time constitutional officer position in Lee County.

Caldwell acknowledged to Florida Politics he too holds public office as Property Appraiser. He did suggest there’s less conflict in a county role than as a state lawmaker, recalling his own time in the state House. He pointed to a Twitter exchange last week where Gruters praised state Sen. Jason Pizzo, a potential Democratic candidate for Governor. Caldwell said lawmakers must have good relationships across the aisle, but that could compromise the party role.

But Caldwell continued to brush aside questions on whether he will seek the party’s top position himself.

“I want to see change at the party level, and I want to be as helpful as I can be in any ways possible,” he said.

Crowley also took issue with Caldwell in his email raising the specter of that campaign. Caldwell makes clear he didn’t run for committeeman in order to seek a state chair post but to “unseat an incorrigible incumbent who lacked the support of a single elected Republican in Lee County.”

“Matt Caldwell, the ultimate sore winner,” Crowley said. “Great that months after the August election, where he outspent me 5 to 1, Caldwell attacks me. What a classy, stand-up guy.”

Another issue raised in the letter? Caldwell suggests Gruters and RPOF Vice Chair Christian Ziegler were actively and financially supportive of Crowley in the decidedly negative campaign.

“Setting aside the gross inappropriateness of this behavior, the last thing our Party needs today is a chairman with a portion of the membership dead set on his political destruction,” Caldwell said.

Crowley said neither Gruters nor Ziegler donated to his campaign.

The recent message will likely be seen widely as an argument Caldwell wants the chairmanship, despite never saying as much directly.

Along that line, the argument the state chair needs support from statewide GOP incumbents on the ballot is interesting. Caldwell has long boasted a relation with Sen. Marco Rubio, expected to seek a third term. Rubio endorsed Caldwell in the primary for Agriculture Commissioner, and Caldwell was a strong supporter of Rubio’s initial run for Senate against then-Gov. Charlie Crist.

While he ran for Agriculture Commissioner, Caldwell also frequently traveled the state alongside fellow statewide Republican candidates DeSantis, Attorney General Ashley Moody and Chief Financial Officer Jimmy Patronis, all of whom won their elections and are expected to seek reelection. At the same time, Caldwell was rumored to be seeking a job in the DeSantis administration that never came.

Still, 2018 gave Caldwell experience coordinating with all the Cabinet campaigns and the gubernatorial nominee, and a chance to develop a personal relationship with all of the candidates.

nextLast Call for 12.1.20 — A prime-time read of what’s going down in Florida politics