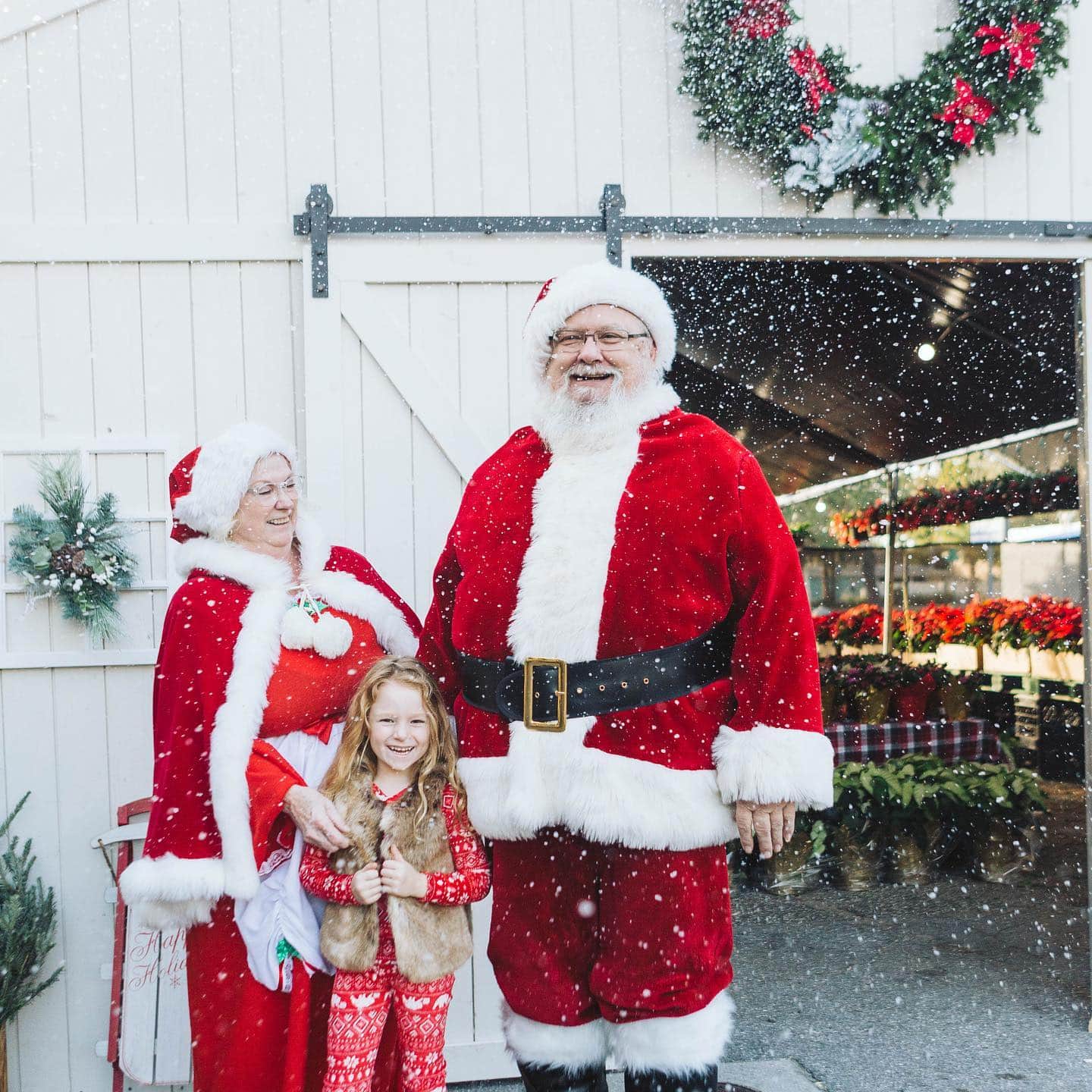 Some parents want a mask-free experience, others worry Santa visits could be super-spreaders.

His name is Santa Claus.

Throughout the country, little girls and boys are looking forward to Santa arriving on Christmas Eve, piling presents high under the tree and stuffing those stockings hung with care.

But visiting Santa this year to deliver their Christmas lists and promise they won’t be found on his naughty list looks quite a bit different.

Parents appear to be breaking into two camps: Those who want that Santa picture free of face obscuring masks, pandemic be damned, and those who want a socially distanced, masked-up visit or none at all.

At the former, Esposito Garden Center in Tallahassee, owners canceled Santa visits after an onslaught of criticism from patrons arguing the maskless Santa was putting both the jolly man himself and the good little girls and boys visiting him in danger.

At the latter, Gallagher’s Pumpkins & Christmas Trees in St. Petersburg, Santa and Mrs. Claus are on hand Thursday through Sunday evenings. Neither are donning masks and for kids, face coverings are left to the discretion of their parents.

The social media conversation that ensued on both businesses’ Facebook pages is peak 2020. Not yet in this pandemic has there been an issue that highlights the divergent views on pandemic precaution more than a bunch of hyped parents determined to have little Johnny sit on Santa’s knee and carry on with holiday cheer as usual or a smattering of angry parents fearful Santa’s biggest gift this year will be one of COVID-19 misery.

Forget coal in stockings; Santa brought you the ‘rona!

Esposito Garden Center posted an apology Sunday along with its announcement that Santa visits were off this year.

“In an effort to provide some normalcy during this time of uncertainty, we made a decision that was evidently the wrong decision,” the business wrote of its initial decision to allow Santa to greet children sans mask.

As of Monday afternoon, the post had more than 1,500 comments.

A spokesperson for the city of St. Petersburg said officials are investigating whether the business’ plans violate the county ordinance requiring facial coverings.

Both showed a mix of parents grateful for a normal Christmas experience and those who see lap-sitting, mask-free Santa interactions as a potential super-spreader event.

“Merry Xmas y’all, everyone gets the gift of COVID,” one commenter on the Gallagher post wrote with a gif showing Sheldon from the Big Bang Theory blanketing his apartment in Lysol.

Another posted an image showing “coronavirus likes this.”

Yet another wrote, “this is why we still have a pandemic” and called Gallagher’s precaution-free plans irresponsible.

In the other camp, parents praised freedom of choice.

“I know people are giving you guys a hard time, but those people can simply choose not to go! Let the rest of us enjoy such a nice experience,” wrote one commenter.

That was the largest theme. The message: If you don’t like a maskless Santa, don’t go visit him.

“You did NOTHING wrong! People absolutely should make their own decisions. If they were afraid of being with Santa, there are other options available in Tallahassee where Santa wears a mask, or there is plexiglass,” read one comment.

A back and forth ensued, with the pro-mask crowd arguing one person’s choice to shirk health advice can have a massive effect on the entire community.

This is where we are in 2020. Health officials are still expecting to see a surge in new COVID-19 cases following the Thanksgiving holiday and the family gatherings that come with it. Indeed, such a spike is already emerging, with Florida reporting in the ballpark of 10,000 new cases per day since Thanksgiving.

But nine months into this pandemic in Florida, it’s clear people are itching for a return to normalcy. Sure, staying home sucked when it was the Fourth of July on the line or even Halloween. But now people are being asked to experience Christmas, the most magical time of the year for many children whose families celebrate, differently this year.

And so Floridians are being tested like never before. Can they overcome cabin fever and the urge to spread Yuletide joy unfettered by pesky health precautions? Or will the urge prevail and give way to a continued spike?

Only 2021 holds the answer. Let us all hope the various Santas out there, not to mention moms, dads, grandmas and grandpas, are still around to find out.