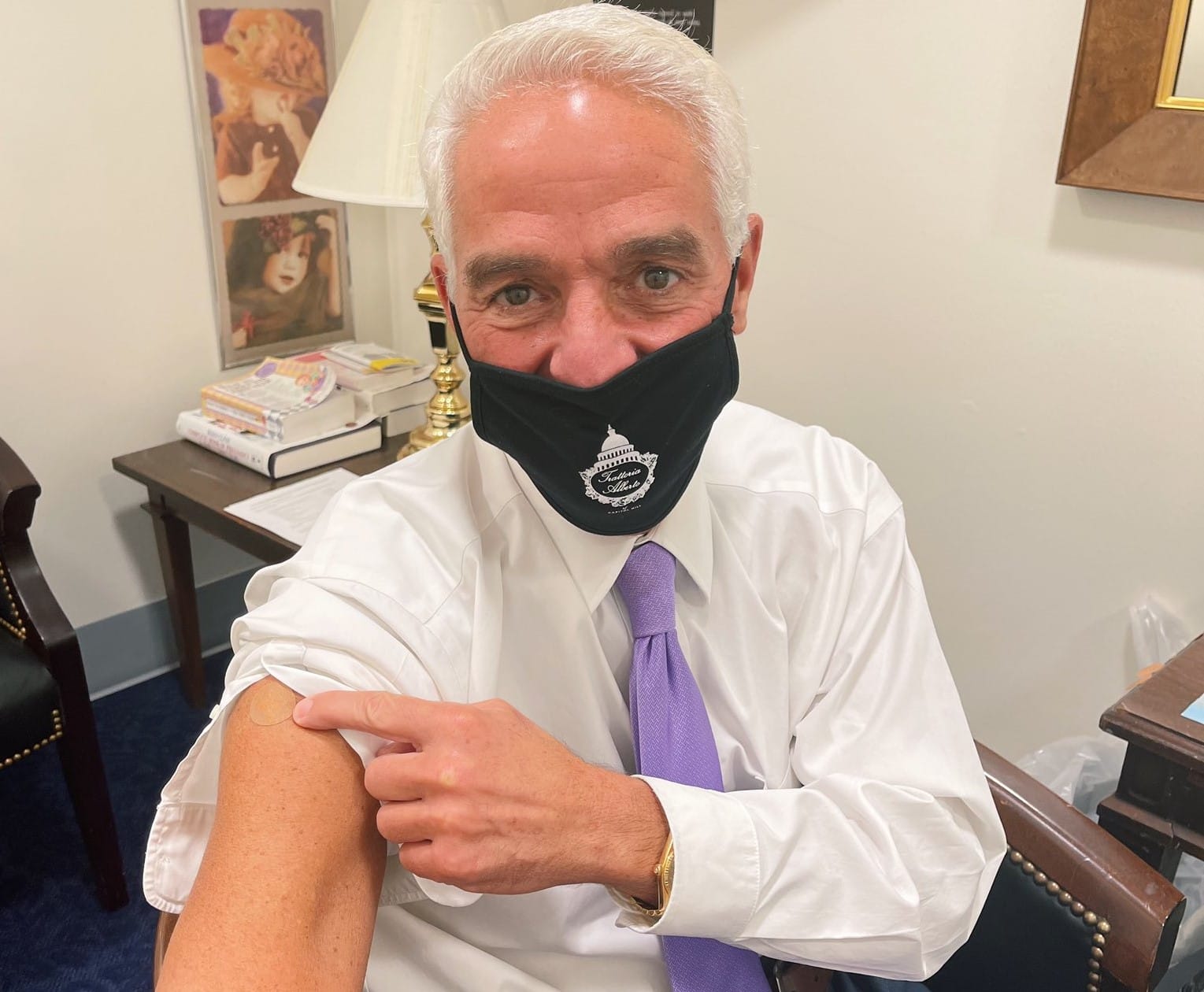 One Florida Congressman announced he’s received a first shot of the COVID-19 vaccine. Meanwhile, another said it’s wrong for House members to jump in line ahead of the public.

Rep. Charlie Crist, a Pinellas Democrat, was among the first to receive the Pfizer vaccine. The 64-year-old said he’s following recommendations from Congress’ Office of the Attending Physician.

“As the distribution of the COVID-19 vaccine begins across the country, I am grateful to be able to do my part to stop the spread of this terrible disease by receiving the first dose of the Pfizer vaccine today,” Crist said in a statement. “This vaccine is a true medical miracle that signals the light at the end of the tunnel we have all been desperately praying for since March.”

The move comes as a number of elected officials and former officials receive shots in a show of confidence in the recently approved vaccination. Vice President Mike Pence and Surgeon General Jerome Adams received initial doses of the vaccine on Monday in front of national media at the Eisenhower Executive Office Building.

But the administration to elected officials has stirred debate about who should be first in line to receive the vaccine. Rep. Brian Mast, a Stuart Republican, sharply criticized Speaker of the House Nancy Pelosi for the decision to allow members of Congress to receive treatment before the vast majority of Americans.

“Leaders eat last; it’s one of the first lessons a solider learns as early as basic training. Speaker Pelosi apparently never learned this lesson — asking Americans to wait to get vaccinated while Congress cuts the line is the opposite of leadership,” he said in a statement.

“Congress needs to stop treating itself as a special political class, and the mere suggestion that members of Congress are in any way more important than the very people who gave us the privilege of serving in Congress is appalling. Being for the people must always mean putting the people before ourselves, which is why every single American should be able to access the coronavirus vaccine before any member of Congress.”

Crist disagreed and felt it was important to show the public the vaccine can be taken safely. He suggested the fact members of Congress travel between their districts and the Capitol was all the more reason to receive a shot.

“Part of my job as Representative involves flying back and forth from Tampa Bay and Washington D.C. and gathering on the Floor of the House to cast votes on your behalf,” he said. “Getting vaccinated helps me perform this essential government duty. Even so, I will continue to follow CDC guidelines to curb the spread of the virus and will continue wearing a mask and practicing social distancing, as I encourage all Americans to do. I am eternally grateful to our frontline doctors, nurses, and scientists who made this possible, and I remain as optimistic as ever as vaccine doses get rolled out across America.”

As the administration of vaccines continued, the stance of Florida Congressmen could start to become clear by the bandages on their arms.

Rep. Darren Soto, an Orlando Democrat, also received the shot on Friday, sharing pictures of himself being treated. He also cited the advice of the House attending physician.

“I have the utmost confidence in the vaccine’s safety and efficacy and encourage everyone to take it as distribution continues,” Soto tweeted. “Together we will defeat the coronavirus.”