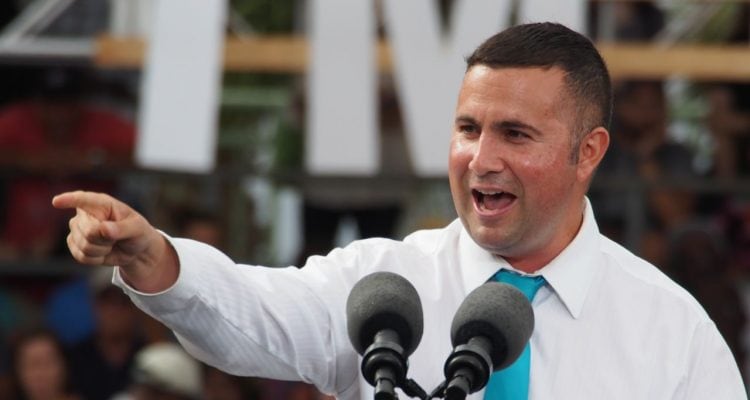 Democratic Rep. Darren Soto has joined what is rapidly becoming a nearly universal call among Democrats for the immediate removal of President Donald Trump from office, calling Trump “treasonous.”

Thursday night Soto’s office released a statement in which he joined what is now hundreds of Democratic lawmakers in a call for the 25th Amendment to be invoked by Vice President Mike Pence and the Cabinet.

Soto also called for impeachment as another option, as a response to an “armed insurrection against our democracy” which he also characterized as a “domestic terrorist attack.”

“Yesterday, our nation experienced one of the darkest days in American history. Incited by President Donald Trump and a group of extremist Republican Members of Congress, domestic terrorists breached our United States Capitol and attacked the very cornerstone of our democracy,” Soto wrote in a statement. “Armed insurrection against our democracy will carry a heavy price. That is why I’m joining my colleagues on both sides of the aisle to call for President Trump’s removal, either by the 25th amendment or impeachment. Whichever the means, we can no longer allow the treasonous President Trump to remain in office another minute.”

Like Soto, many, including Pelosi, Schumer, and Demings also are threatening another impeachment if the Cabinet does not remove Trump.

Some Republicans also have been publicly calling for Trump’s ouster though reportedly there was more GOP pressure being applied privately.

Trump responded late Thursday with a new video attempting to denounce the deadly insurgency he had previously provoked, and conceding that he has lost the election.

At least two of his Cabinet members have resigned rather than consider invoking the 25th Amendment.

Soto, of Kissimmee, was in the House Chamber when rioters stormed into the Capitol building. He took cover and shortly after evacuated to a safe, undisclosed location.

“Hours after this domestic terrorist attack, we returned to the House Chamber to defend the constitution. Early the next morning, we certified Joe Biden and Kamala Harris as the next President and Vice President of the United States. Our democracy survived,” he stated in the release.

nextSunburn — The morning read of what’s hot in Florida politics — 1.8.21